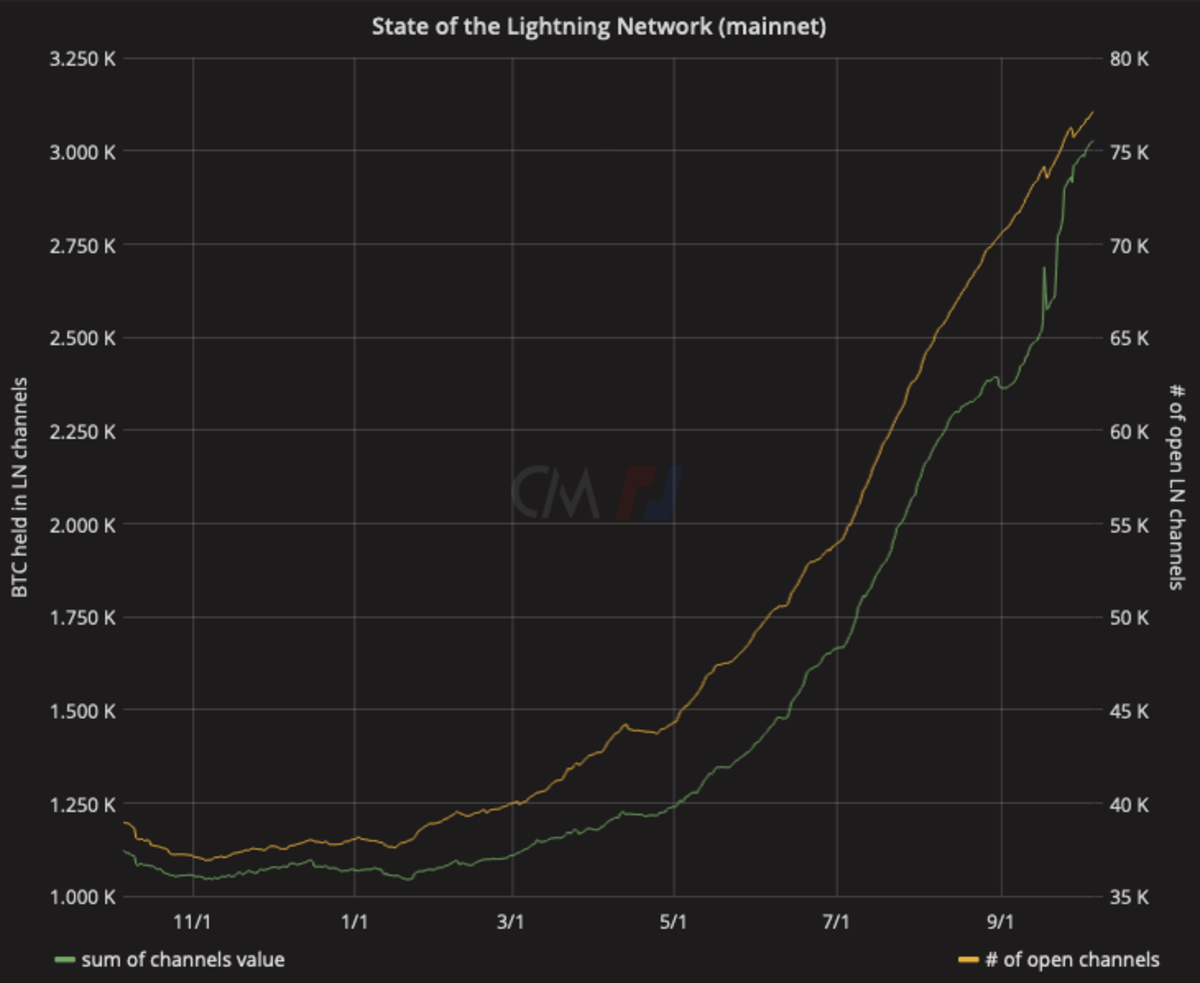 The Lightning Network, Bitcoin’s layer 2 scaling solution for fast and cheap bitcoin payments, now houses over 3,000 BTC in its more than 77,000 channels, according to data from TXStats.com. The network’s bitcoin capacity has more than doubled since June when it crossed the 1,500 BTC milestone.

Lightning has experienced a dramatic increase in bitcoin capacity and channel numbers due to growing awareness following El Salvador’s adoption of the Bitcoin legal tender laws. Lightning channels have seen almost a threefold increase in BTC holdings since the start of the year.

Lightning is a decentralized scaling solution built on top of the Bitcoin blockchain — hence the “layer 2”Or “second-layer” naming — thereby making small and frequent transactions economically viable for users. Lightning Network’s power lies in its ability not only to follow the same rules that Bitcoin transactions but also to make payments fast and cheap.

Lightning channels can be created by creating multisignature addresses within the network. The two parties each have a key that allows them to move funds. This scheme allows the two channel users to transact, while also preventing one from stealing funds.

Lightning, while there are many improvements, is still a powerful technology that allows Bitcoin to scale. It also debunks the common but flawed arguments of mainstream media. More importantly, Lightning makes it economically viable for human rights activists and citizens of developing countries to transact value daily in the best form of money humanity has ever known — bitcoin.