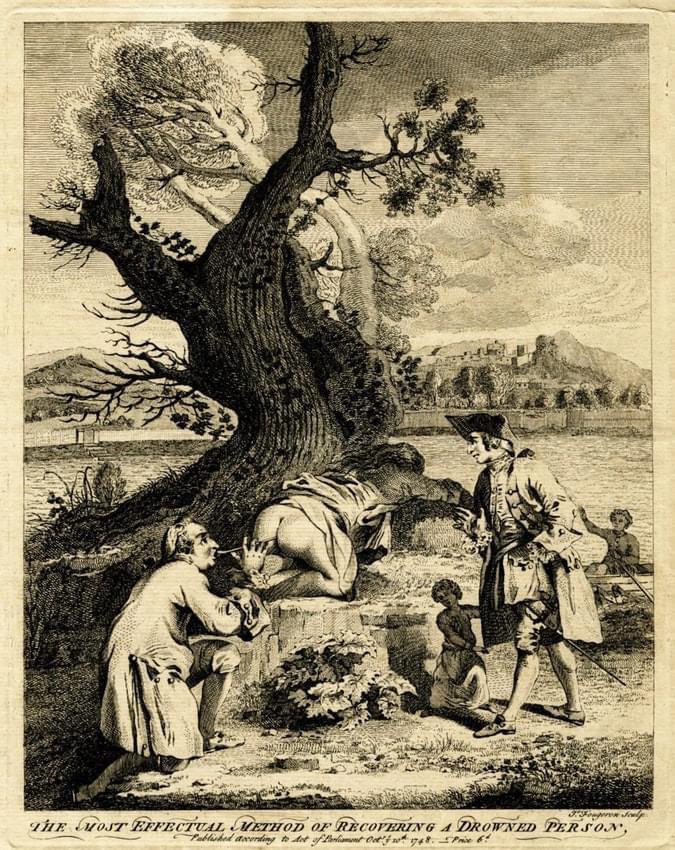 Before CPR there was… blowing tobacco smoke up the bum. One of the recommended procedures for resuscitating “persons apparently dead from drowning”, from a 1787 booklet by the Humane Society.