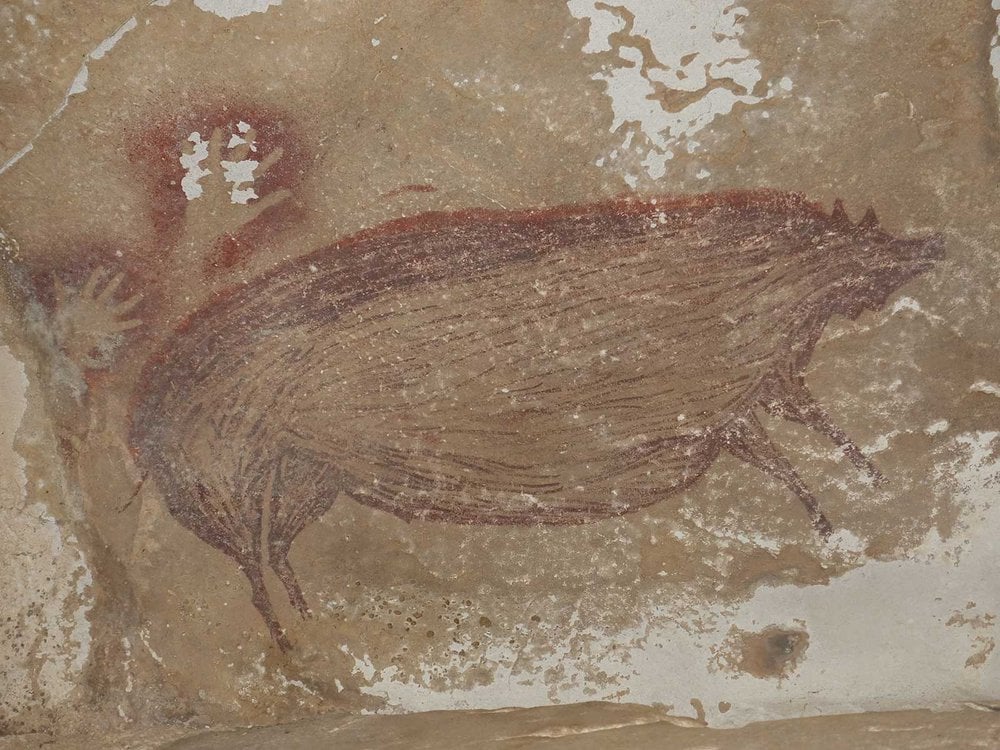 The oldest known animal art in the world is a 45,000 year-old pig painting found in a cave in Indonesia.