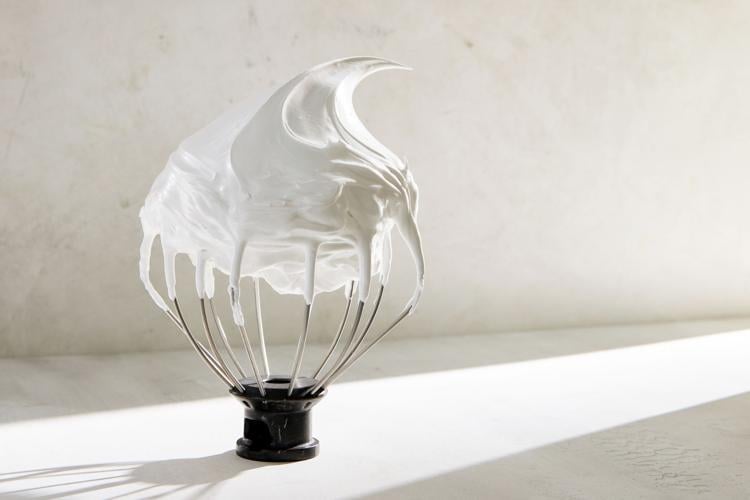 Until the wire whisk was popularized in the 19th century, the vigorous mixing required to make meringue was often accomplished with birch branches, knives or bundles of straw.