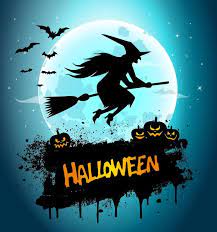 Witches, ghosts, goblins and all manner of scary and evil spirits have been a part of the Halloween tradition. The idea was that on that day, the barrier between the world and the afterlife is thin and therefore spirits, both good and bad, could pass through on that night.

these boys deserve a ps5 after this ...
The practice of dressing up for Halloween or 'guising' can be traced back to the ancient Celts, early Roman Catholics and 17th century British politics.