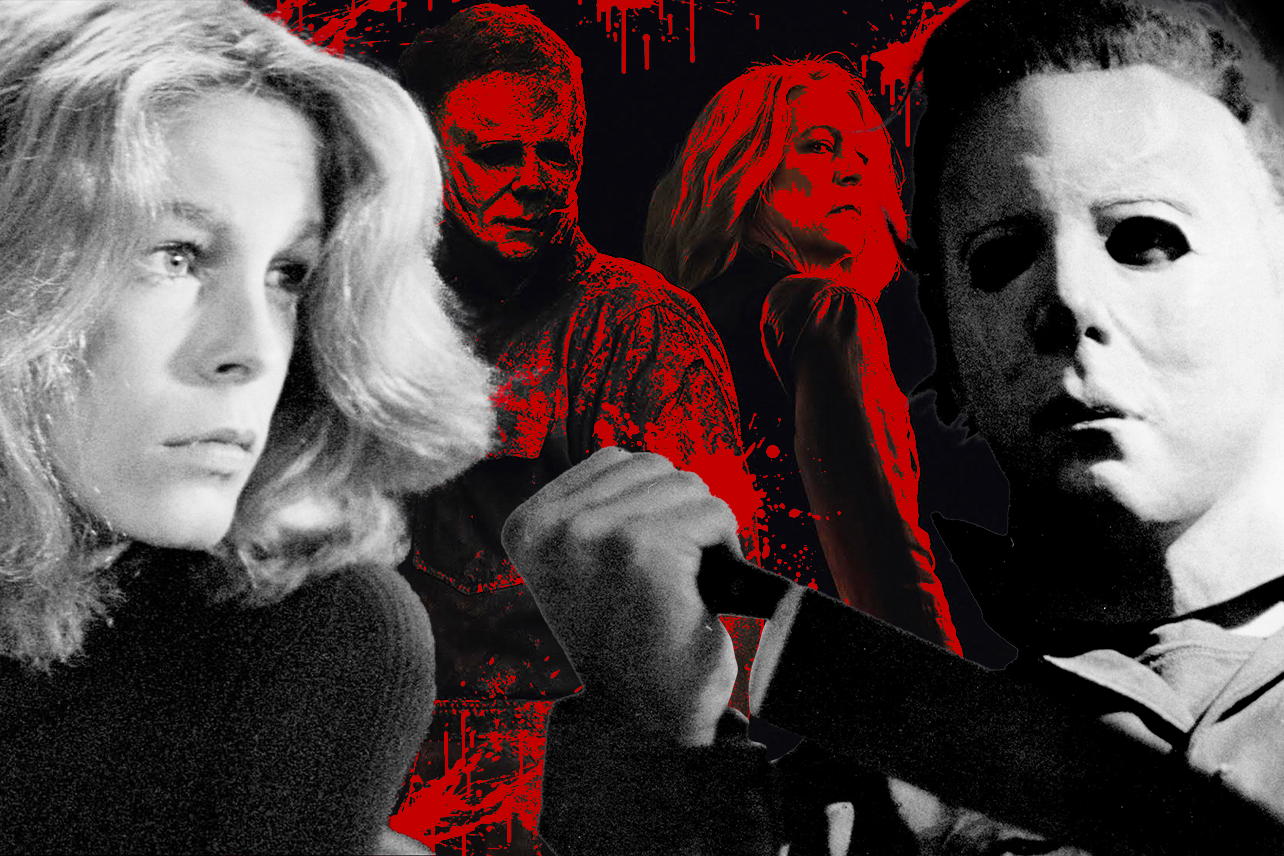 Halloween Ends is coming to theaters and Peacock Premium this Friday, and after 45 years of Jamie Lee Curtis trying and failing to kill Michael Myers, this slasher franchise is coming to an epic conclusion. And we can only hope this means Laurie Strode will finally end Micheal Myers’s life, once and for all.

According to John Carpenter’s original 1978 Halloween film, Michael Myers murdered his older sister as a young boy, and has been coming back to Haddonfield to murder more teens ever since. Everyone’s favorite final girl Laurie Strode (Curtis) has been evading and attacking Myers since she was in high school. But nothing seems to keep this man down. Micheal Myers has been shot at, trapped in burning houses, stabbed, and stomped on by an angry mob. Yet he just keeps coming back.

But Halloween Ends is, supposedly, meant to be the final battle between Laurie and Michel Myers. I, for one, certainly hope she lands a deadly blow. And hopefully, she’s learned from her past mistakes—this is not a stabbing, house fire, or bullet-in-the-stomach kind of situation. Laurie needs to kill Michael Myers in such a way that he is well and truly dead. Like, “six feet under with a mossy tombstone” dead.

None of her previous attempts have worked, so, in anticipation of the upcoming Halloween Ends movie, I’m here to humbly offer some advice. To be clear—I have not seen Halloween Ends, and have no idea how the conclusion will play out. But here are 12 ways that I hope Laurie Strode kills Michael Myers, for good.

Dunk him in a pool of acid.

Fire doesn’t seem to do the trick, but surely even Michael Myers couldn’t survive his flesh and bones being dissolved in acid… right?

There’s no way he’s coming back from that one. Take a page out of Predator’s book and bring home a trophy, Laurie. You’ve earned it!

Laurie, haven’t you heard? You don’t have to actually be in the same room—or country—as the people you kill these days. The U.S. military solved that problem ages ago.

Offer him a chalice of poisoned wine. Act oblivious when he discreetly swaps your glasses. Little does he know, both chalices are poisoned, and you’ve spent years building up immunity to the substance.

Boom. Michael Myers has just fallen victim to one of the classic blunders. (The most famous is never get involved in a land war in Asia.)

Invite him to jump on your big trampoline.

This is a sure-fire route to death—according to my mom, anyhow.

Paint a fake tunnel on rock while he’s chasing you.

It never worked for Wile E. Coyote, but maybe it will work for Laurie.

Chain him to a conveyor belt of doom.

I’m entirely not sure where Laurie would get one of these, but most movie characters seem to have an endless supply.

Sprinkle some on the inside of his mask. He’ll never see it coming.

Invite him on a hike and pretend to see a waterfall. While he’s standing on the edge of the cliff, straining to see it, give him a good shove.

That said, Michael Myers has a knack for surviving falls, so you might want to bring a gun, too. Just in case.

Highlander rules, folks: there can only be one Mike Myers!

I’m no expert, but I feel like that should work! Enough with these flimsy knives! We know Laurie Strode owns a gun or two! Why is she never aiming right between the eyes? And please, for the love of god, Laurie, make sure you double-tap.

I was doing the weighted blanket thing and didn’t hear my uncle come upstairs ...
A love story. Stay tuned. ...