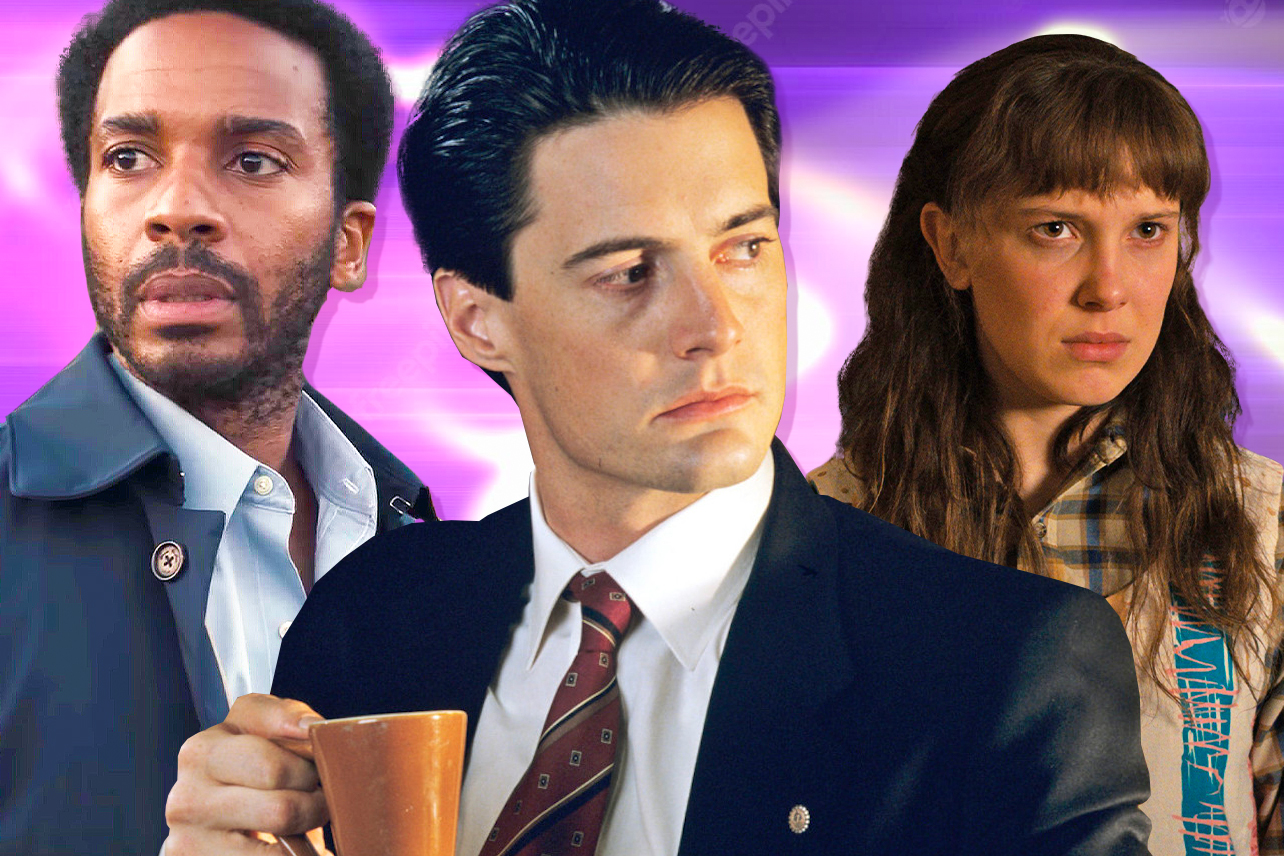 After ten thrilling episodes, the Epix series From has concluded its first season. The series stars Lost‘s Harold Perrineau as the sheriff of a mysterious town that traps its inhabitants inside. Catalina Sandino Moreno and Eion Bailey also star as Jim and Tabitha Matthews, a couple whose errant detour while on a road trip lands them in the mysterious place, and seem to be unable to find their way out. As they meet other locals, they begin to realize that many of the townspeople were once in their position, brought to the town and unable to leave.

The series has earned a dedicated following thanks to its suspenseful storytelling and mysterious monsters that lurk within, and last month it was confirmed that it will be renewed for season two. To fill in the space between seasons, we’ve pulled together six more shows that will scratch that “creepy, small town where danger is behind every corner” kind of itch, here’s our list of more shows to watch if you like From.

The Society‘s premise is either a dream come true or your worst nightmare: you’re in high school and everyone in your town disappears. When a group of teens return to their small Connecticut town after a field trip to find everyone else who lives there gone and realize they’re cut off from the rest of the world, they have to go all Lord of the Flies and make up their own rules for survival. But not all of them survive. Kathryn Newton, Gideon Adlon, and Sean Berdy star in this series that’s a survival of the fittest.

Though it only lasted two seasons, Hulu’s Castle Rock was a unique spin on the Stephen King horror universe. The  Lizzy Caplan-led series (at least in Season 2) took place in the fictional town of Castle Rock, a place where many of King’s stories have taken place, and featured several different characters with interweaving stories, some of which have already been introduced in past King novels. The series also featured an all-star cast which included actors André Holland, Melanie Lynskey, Bill Skarsgård, Jane Levy, Sissy Spacek, Paul Sparks, and Barkhad Abdi.

One of Netflix’s earliest original series, Hemlock Grove, which was executive produced by horror auteur Eli Roth and based on the book by Brian McGreevy, was a solid mystery series that focused on the creepy murders in a small Pennsylvania town. Running from 2013 – 2015, the show starred Bill Skarsgard and Landon Liboiron as two young men in town who come from very different backgrounds (Skarsgard played wealthy Roman Godfrey, whole Liboiron played Peter Rumancek, a boy who was also a werewolf) to try and solve the murders of two girls who were found dead. The supernatural show also has an incredible supporting cast that includes Famke Janssen, Lili Taylor, and Dougray Scott.

The premise of Invasion is to examine how an alien invasion of Earth would affect the lives of several seemingly normal citizens, including Sheriff Jim Bell Tyson (Sam Neill), Aneesha Malik (Golshifteh Farahani), and Hinata Murai (Rinko Kikuchi), who live in various cities across the globe, but whose lives are immediately altered when the aliens land. The Apple TV+ series, which premiered in 2021, was shot in locations all over the world and has been renewed for a season 2, which has not yet come out.

There may be no fictional TV town weirder than that of Twin Peaks, Washington, the setting for the 1990 series Twin Peaks (and it’s 2017 revival on Showtime), created by David Lynch. The series, about FBI Special Agent Dale Cooper (Kyle McLachlan), who shows up in the bizarro town of Twin Peaks to investigate the murder of Laura Palmer, is a surrealist horror soap opera that I watched when it originally came out and still might be haunted by 32 years later.

While Stranger Things first seemed like a riff on ’80s movies like ET and The Goonies, it has evolved into a much more complex, sinister story involving supernatural monsters, Russian insurgents and government experiments gone wrong. Starring Noah Schnapp, Finn Wolfhard, Gaten Matarazzo, Sadie Sink, Caleb McLaughlin, David Harbour, and Winona Ryder,  the series about the mysterious goings-on within (and in the upside-down version of) Hawkins, Indiana, is set to premiere its fourth season this month, and a fifth and final season, has been confirmed as well.

You can’t make a list like this without including the grandaddy of weird mystery shows, LOST. After crash-landing on a mysterious island, the survivors find that they’re not alone — and there aren’t just other people, there are polar bears, smoke monsters and more. From isn’t just basing it’s mysterious one-word title on LOST, it also boasts Harold Perrineau, and frequent LOST director Jack Bender behind the scenes.