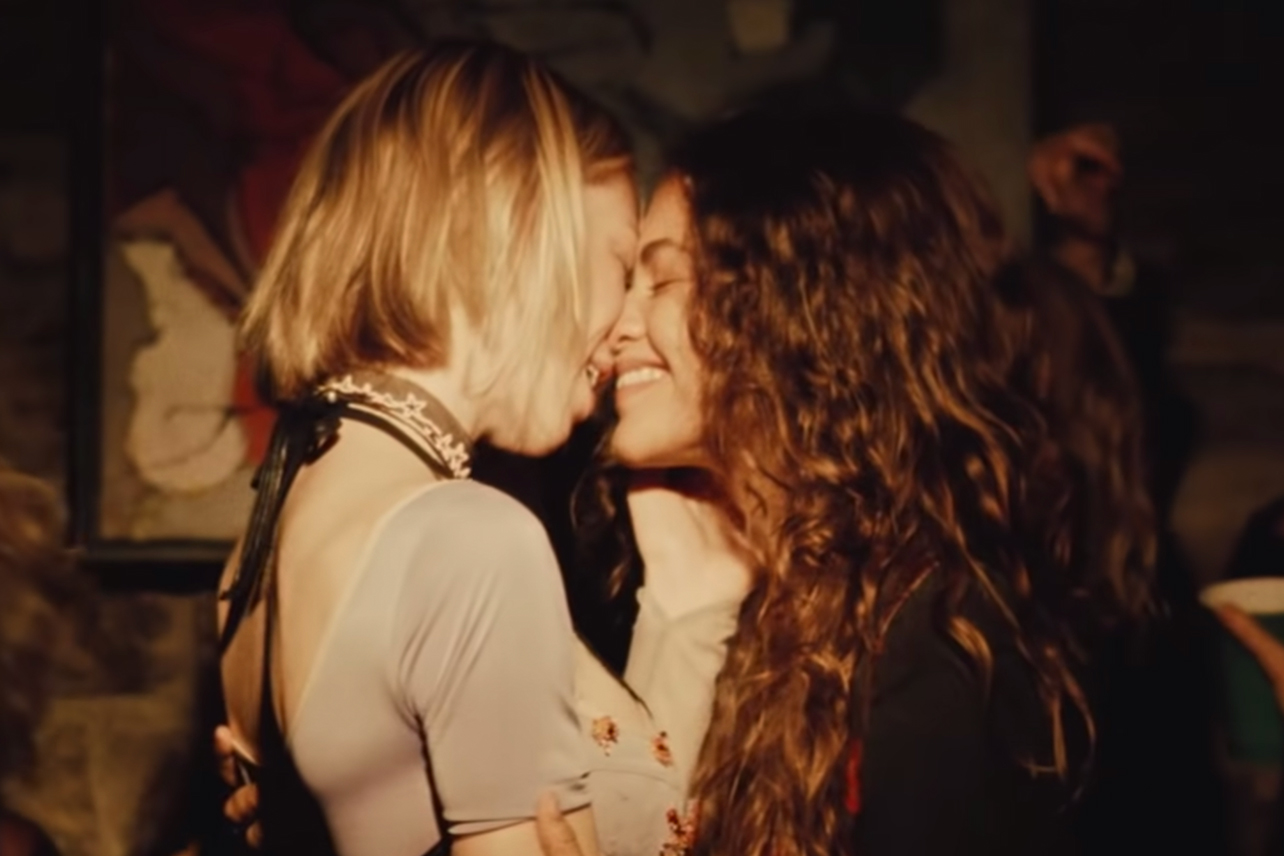 We’re counting down the days until we get more episodes of Euphoria Season 2. Only one more week to go before we get another episode of Euphoria Season 2. Wait, then we have to wait one more week again? This is impossible. If you’re dragging your feet through the Mondays, Tuesdays, Wednesdays, etc., waiting for a new episode of Euphoria, perhaps you should watch one of the following teen dramas to stay busy. We promise they’re just as good.

Or, if you don’t mind something a little shorter, Euphoria creator Sam Levinson has drafted a few films that might be of interest. His splash hit, Assassination Nation, is now streaming on Hulu. It has the same sheen, glitz, and glamor as Euphoria does, with a bit more violence and social media thrills to keep you on the edge of your seat. And the director worked with Zendaya on the 2020 Netflix original Malcolm & Marie, putting the young actress in a more mature role in a black and white film.

But if you’re looking for TV, worry not. There are plenty of shows just like Euphoria for all fans of the teen drama. Here are seven shows to watch if you love Euphoria.

The closest show to Euphoria is probably Genera+ion — and, great news! The series is also available on HBO Max. Even though the buzzy teen drama was prematurely canceled after just one season, it’s still as watchable as ever. Genera+ion follows a few teens as they become one friend group. The show touches on themes like teen pregnancy and young love. There are just as many parties, just as much gossip, and plenty of similar wardrobe choices in HBO Max’s Genera+ion.

We Are Who We Are may not take place at a normal high school, per se, but it’s still extremely entertaining content for all Euphoria lovers. Luca Guadagnino’s beachy teen drama follows a handful of teens as they grow together in an army base in a small seaside town in Italy. It’s a perfect coming-of-age saga with stellar young performers, and Euphoria fans will revel in one of the later episode’s massive party sequences. Oh, looking for another teen series with a killer soundtrack? Look no further than We Are Who We Are.

Where to watch We Are Who We Are

Mindy Kaling’s new comedy is like Never Have I Ever for a more mature audience. With exciting new characters and a slew of fun ragers, Euphoria viewers will get a kick out of The Sex Lives of College Girls. It’s like if the Euphoria girls grew up and went to college. It was also a little lighterhearted. Still, The Sex Lives of College Girls still puts its characters through the ringer time and time again, opening up threads about sexual harassment, sexuality, young love, and more.

Stream The Sex Lives of College Girls on HBO Max

For many, Skins is the OG Euphoria. The classic ’90s grunge series follows a handful of British teenagers, introducing a new cast of characters every few seasons. Like Euphoria, Skins dealt with a real handful of touchy topics like substance abuse, mental illness, teenage pregnancy and more. Once you’ve binge-watched every season of Skins, pick your favorite! It’s like announcing which Euphoria cold open was the best.

Where to watch Skins

Yellowjackets is a little more creepy and gory than Euphoria, but if you’re looking to fill your Sunday evenings, tune in now. The final episode will air on January 16, so you can catch back-toback high school dramas on your TV. Showtime’s hit new thriller series follows a Lord of the Flies-Esque premise: an incredible girls soccer team’s plane crash lands in the middle of Ontario. If they want to stay afloat, they must learn to survive together in the wilderness.

Where to watch Yellowjackets

HBO Max is killing the teen content. Home to Genera+ion, Euphoria, and We Are Who We Are, the platform also houses the reboot of one of the most popular teen dramas of all time: Gossip Girl. The hit series was released last year, and already has a second season in development. It follows a few Upper East Siders as their lives are disrupted by a new paparazzi Instagram account which leaks every detail. The twist? We already know the identity of this person.

Although it may have been canceled, Netflix’s version of Euphoria is a worthwhile watch for all diehard fans of the series. Like Euphoria, Grand Army focuses on a small clique of high schoolers as they take on the larger school. Taking place in Brooklyn, the show grapples with intense themes like racism, sexual identity, bullying, and violence. If you’re a big fan of Euphoria‘s character-driven storylines, Grand Army will suit you well.