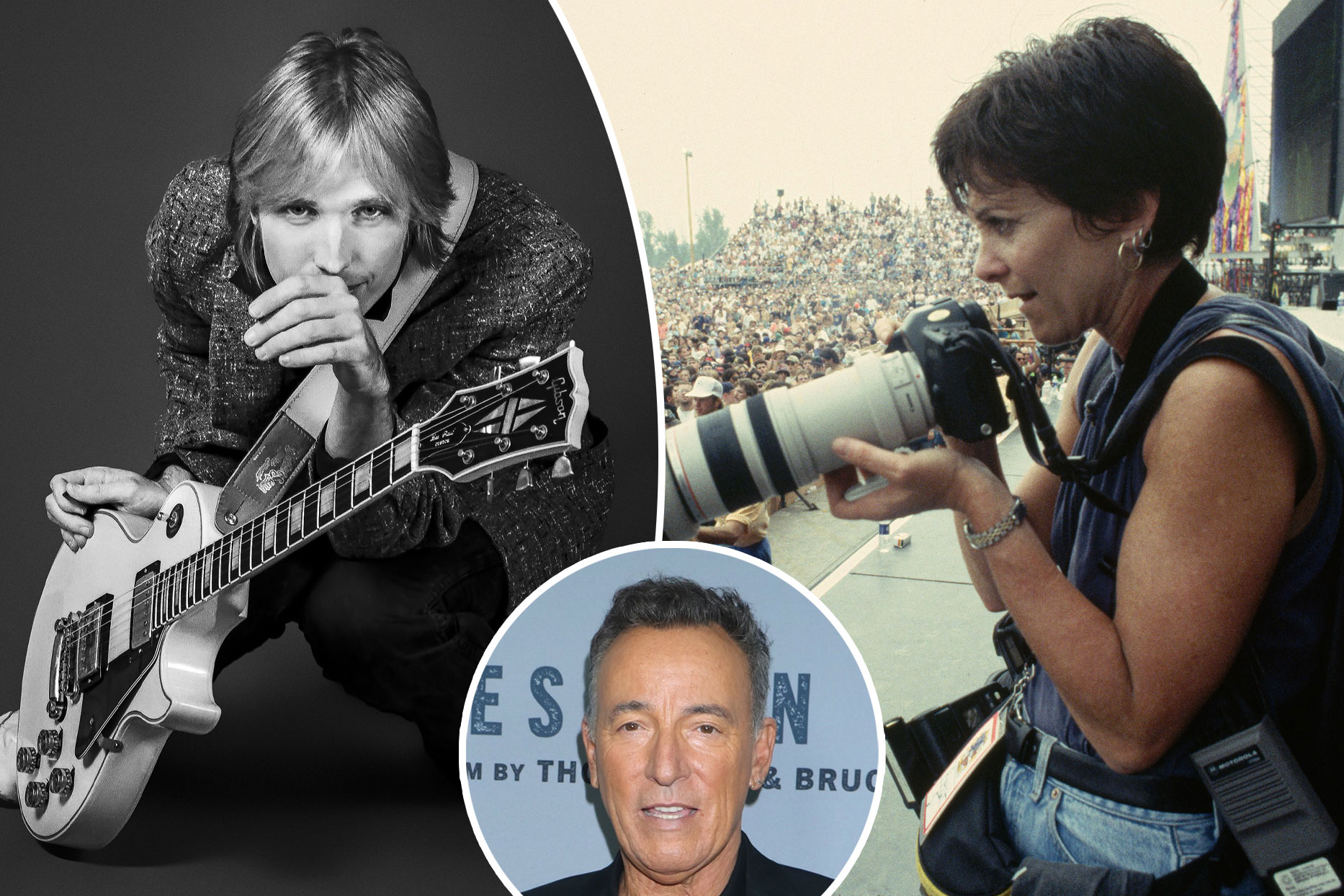 Lynn Goldsmith never thought she would do a book about the 1980s.

“If you mentioned that decade to me, for whatever reason, I went ‘blech!’” the legendary rock ’n’ roll photographer told The Post, contorting her face into an exaggerated grimace.

“Most people of my age group feel that way,” the 76-year-old added. “The era kicked off with the assassination of John Lennon … I think Chris Stein [of Blondie] put it best: ‘The ’80s murdered what was left of the ’60s.’”

When an editor suggested she excavate her old photos from the decade for a possible project, Goldsmith grudgingly started going through her negatives. But as she pored over her trove of images, she realized that the 1980s were actually pretty rad.

“I really saw what a creative time it was,” the Detroit native said. “As I started putting it together, I thought I could do this alphabetically to show visually the range — how different Bananarama is from Barry Manilow.”

“Music in the ’80s” (Rizzoli) showcases the dazzling breadth of the Me Decade: The Rolling Stones to The Boss; Herbie Hancock to Run DMC; Madonna to Goldsmith’s old college pal Iggy Pop; The Pretenders to, yes, Barry Manilow.

Lynn Goldsmith’s new book of photography, “Music in the ’80s,” is out now.

“I wondered, ‘How did I ever photograph all these people?’” said Goldsmith, who was also making her own dance music under the name Will Powers at the time. “How did I sleep? Did I ever get laid in the ‘80s? And I had to leave out a lot of artists because there weren’t enough pages!”

She captures these personalities at their most surprising, their most glamorous and their most true — probably because she is a musician and artist herself. “I shoot from the point of view of a fan,” she said.

Here, Goldsmith shares some of her photos and stories from the ’80s.

The B-52’s were shot in the sewing room of their home in Nyack, NY.Lynn Goldsmith

The first time Goldsmith heard The B-52’s, the campy, cartoony New Wave quintet from Athens, Georgia, she knew she had to meet them.

“I went, ‘They’re gonna be huge!’” she remembered. So Goldsmith traveled to the band’s new house in Nyack, NY, to photograph them on her own dime. (She said that 90 percent of the images she produces are “on spec,” or with the hopes of selling them later — “That’s how much I have to believe in myself and the people I photograph.”)

“It was just a normal house,” Goldsmith recalled. Then, they got to housemate and stylist Robert Molnar’s room, with its retro wallpaper, kitschy lava lamp and scraps of colorful fabric on the floor. “They called it the sewing room,” Goldsmith said. “I knew this was [the setting for the picture], because it’s really with their clothes and hair that they become the B-52’s.”

“Generally speaking, doing pictures of five people is a nightmare,” Goldsmith said. “No one can have their eyes closed. There are personalities [competing with one another]. But it was never like that with the ‘Bs.’ Even though they’re five very different people, it was almost like shooting one entity.”

When Apollonia arrived at a shoot ahead of her debut solo album in LA, the Prince protégée brought her own clothes, including a sexy two-piece bathing suit with a tiger-striped top and high-cut bottoms that Goldsmith loved.

After they snapped some photos in the studio, Goldsmith suggested going outside: “We threw a lot of clothes in the car and went to Malibu.”

They ended up throwing a black coat over the two-piece — “I thought she would be more comfortable,” Goldsmith said — and began shooting. The first few images looked pretty, but the photographer wanted something with more attitude. “They would have been fine for TIME magazine,” she said, “but if I was gonna get her into Creem magazine, I needed her giving the finger!”

That’s how Goldsmith got the perfect defiant portrait: Apollonia, one hand on her hip, middle finger thrust in the air and her coat dramatically flapping behind her in the wind.

“Apollonia was not just a woman who had an album out,.Apollonia was an actress,” the lenser said. “In the early days before MTV, people just weren’t comfortable in front of the camera. But Apollonia knew how to take direction and add something of her own.”

From the first time Goldsmith met Van Halen — before the band’s eponymous debut album came out in 1978 — she could tell there was tension between guitar virtuoso Eddie Van Halen and flamboyant frontman David Lee Roth.

“David and Eddie never really got along,” she said. “It was clear David was really comfortable — maybe too comfortable; sometimes I had to calm down the posing — making visuals, whereas Eddie just wanted to play his guitar.”

Her job was to make it look like they loved each other.

“The moments on stage where they were enjoying each other, where they were getting off together on the music that they were making, was what I wanted to capture,” Goldsmith said. “Because fans want to believe that bands are bands of brothers or sisters. But like brothers and sisters, they fight — it’s like a family, you know.”

Goldsmith said that Tom Petty borrowed this pose from Bruce Springsteen after being on tour with The Boss.Lynn Goldsmith

Goldsmith worked with rocker Tom Petty from the late 1970s, when he was first starting out, until his death in 2017.

“He was incredibly sweet,” she said. “He gave a quote for one of my books: ‘Lynne was always the best rock and roll photographer; you felt she was living in the same world you were and that was worth a lot when you’re all young and suspicious of authority.’”

That distrust of authority — of working for the man — bonded them. They first met when Goldsmith was photographing Bruce Springsteen in the late 1970s, and a young Petty would sometimes go on tour with them.

At the time, Goldsmith said, Springsteen did a bit where he would hide behind E Street Band member Steve Van Zandt or behind a speaker during part of a song. “Then a year later, I went to see a Tom show and saw him do his own interpretation of that move,” Goldsmith said. Petty, though, held his guitar slightly in front of him, crouched down, almost as if hiding behind it.

“I just felt it was so Tom: He was someone who hid behind the music,” she said. “I always wanted to capture that.”

The photographer wanted to capture how Michael Jackson gave his all onstage.Lynn Goldsmith

The first time Goldsmith met Michael Jackson, his manager took her to a recording studio to see how the pop star would react to the photographer. “Michael and I shared a desire to be five or six years old, so we just played well together,” she said. “I was hired.”

“Music in the ’80s” includes several photos of Jackson, including this electrifying concert close-up.

“I shoot from the point of view of a fan,” she added of this image of Jackson, with a red jacket, his sweat gleaming, his face beaming. “I very much want the artists to feel like they look good, and to feel that [my picture] captured a moment. But most important is that the fan feels closer, more connected. … That’s what I try to do with my pictures.”