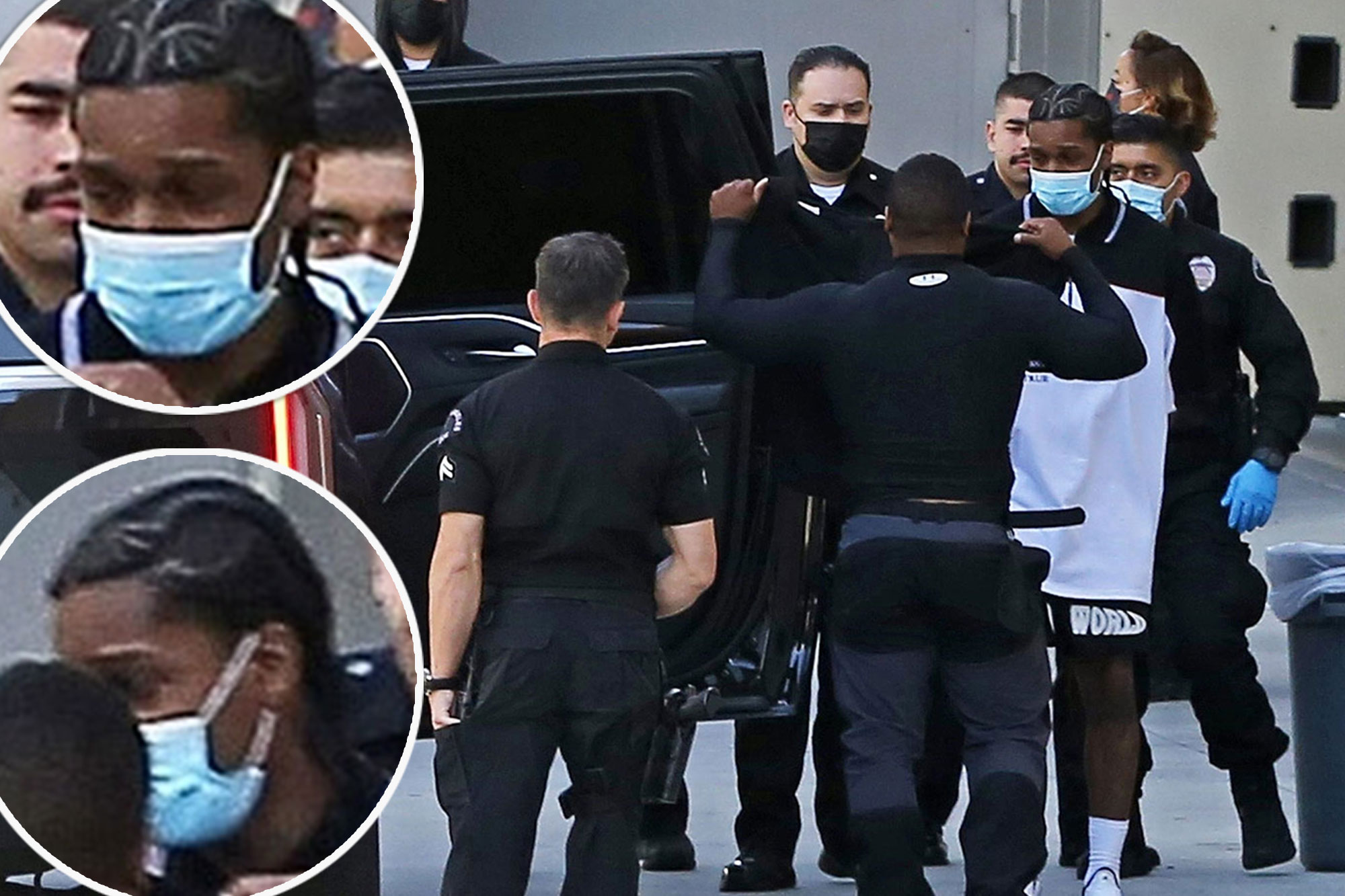 A$ Rocky was spotted leaving the Los Angeles Police Department headquarters Wednesday afternoon following his arrest in connection with a 2021 shooting.

The rapper, who was on a highly publicized trip to Barbados with pregnant girlfriend Rihanna, was picked up and put in handcuffs upon his return to LAX this morning.

The new pics show Rocky, 33, leaving police HQ in downtown Los Angeles surrounded by several officers, before getting into a black SUV.

He posted $550,000 bail after getting arrested for assault with a deadly weapon, in relation to a Nov. 6 incident with a firearm, TMZ reports.

Cops said an argument between “two acquaintances” escalated and resulted in the suspect firing a handgun at the victim.

The suspect, who authorities later identified as Rocky, fled the scene on foot with two other men.

A$ Rocky was spotted for the first time since getting arrested at LAX.BACKGRID

The alleged victim claimed Rocky shot at him several times, and at least one bullet grazed his left hand.

The outlet also claimed police executed a search warrant at the “Praise the Lord” rapper’s Los Angeles home, using a battering ram to enter the property, and leaving with one box of potential evidence.

It comes just one day after he was spotted out-and-about with his girlfriend, 34, in her native Barbados.

The couple jetted off to the Caribbean island amid a high-profile cheating scandal, that was eventually debunked.

Writer Louis Pisano — whom Interview Magazine once dubbed “Instagram’s Messiest Fashion Influencer” — wrote on Twitter, “Rihanna & ASAP Rocky have split. Rihanna broke up with him after she caught him cheating with shoe designer Amina Muaddi.”

The shoe designer, 34, was forced to address the allegations after the rumor mill picked up steam.

Rocky was surrounded by officers as he left police HQ.BACKGRID

“I’ve always believed that an unfounded lie spread on social media doesn’t deserve any response or clarification, especially one that is so vile,” she wrote on her Instagram Story.

“However in the last 24 hr I’ve been reminded that we live in a society that is so quick to speak on topics regardless of factual basis and that nothing is off limits.”

He then got into a waiting black SUV.BACKGRID

She then referenced Rihanna’s pregnancy, adding, “Not even during what should be one of the most beautiful and celebrated times in one’s life.”

When is Ellen DeGeneres' Last Show? Everything to Know
Broadway play has lost its power