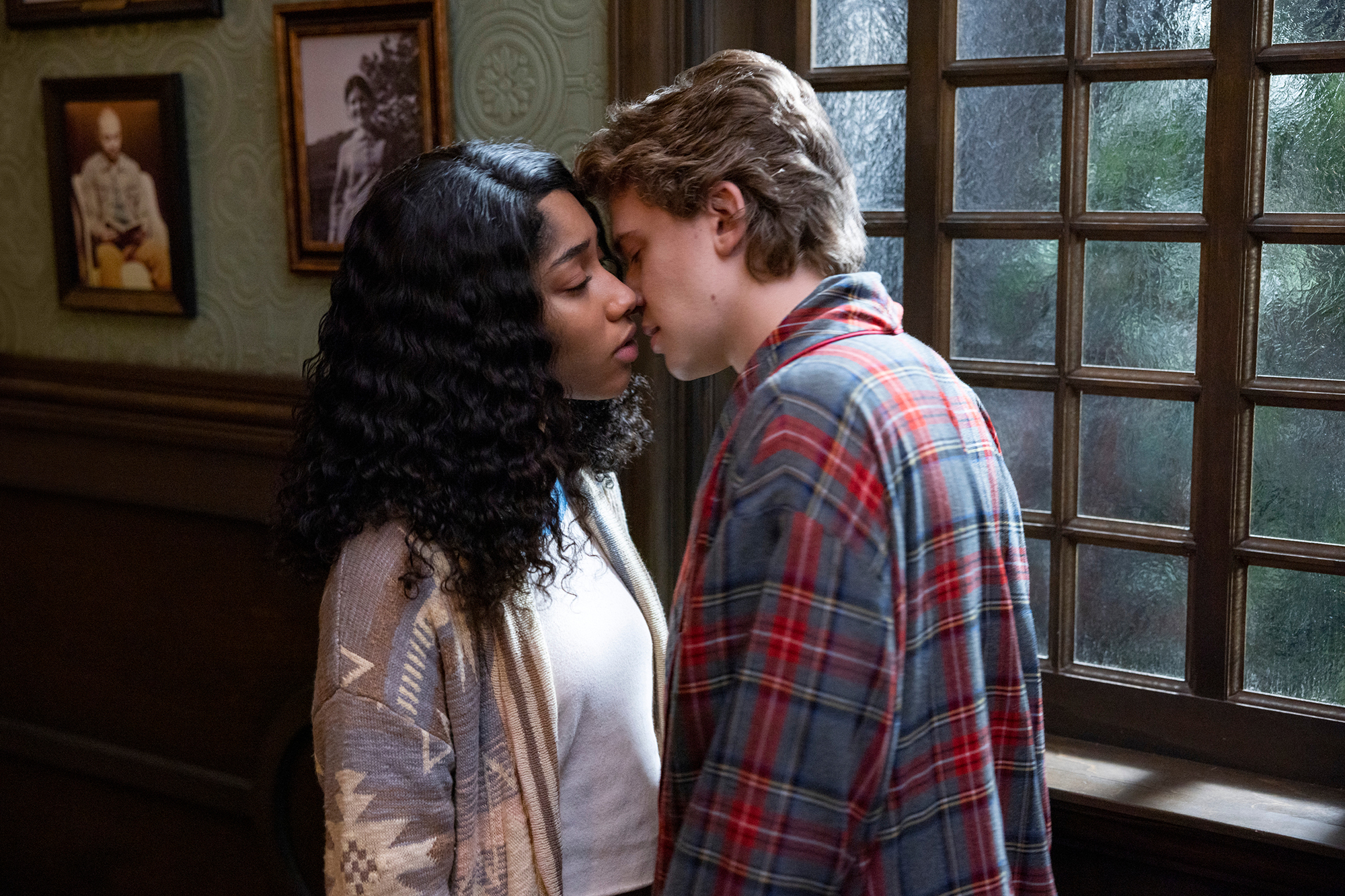 Mike Flanagan has proven he’s a master at horror that’s more than just jump-scares with his Netflix series “The Haunting of Hill House,” “Bly Manor,” “Midnight Mass” and now “The Midnight Club.”

Based on novels by YA horror author Christopher Pike (also an executive producer), “The Midnight Club” is set in 1990s California and follows college-bound students.

Ilonka (Iman Benson) is a star student who gets a terminal-cancer diagnosis right when it feels like her whole life is ahead of her. After finding Brightcliffe online, she gets her foster dad Tim — Matt Biedel, who looks like he gets the call when David Harbour is busy — to agree to take her to the mysterious hospice for a “trial run,” like “cancer sleepaway camp,” she says. It’s run by Mark (Zach Gilford) and Dr. Stanton (Heather Langekamp, “The Nightmare on Elm Street”) and is filled with other ill young patients who gather around the fireplace late at night to share wine and exchange scary stories — while pondering their own frightening proximity to the grim reaper. (The hospice is, naturally, a rambling old Victorian mansion, naturally).

Ilonka is surrounded by colorful characters, but none of them are defined by their diseases. For instance, there’s Kevin (Igby Rigney), who tells a story about a serial killer; Anya (Ruth Codd), Ilonka’s prickly roommate; and Amesh (Sauriyan Sapkota), who wishes the hospice had “hazing” like a college fraternity.

Brightcliffe has a sordid past and it’s full of its own enigmatic goings-on: it’s not unusual for ghostly figures to be glimpsed in the halls, and there’s a cult that believes it resides on an ancient healing site.

The 10-episode series alternates between Ilonka exploring these mysteries and making discoveries about the hospice, and her friends’ tall tales playing out onscreen as stories within the larger story. This allows “The Midnight Club” some fun opportunities to get playful — with actors playing multiple roles as characters within these stories — and to make stylistic departures, such as a black-and-white sequence.

Igby Rigney as Kevin and Iman Benson as Ilonka in “The Midnight Club.” EIKE SCHROTER/NETFLIX

Flanagan’s other shows have a heavy focus on characters’ emotions and traumas, as well as a specific sense of place (often in a remote insular location), and “The Midnight Club” is no different. What distinguishes it however, is its unabashed focus on teens unlike his other series centered mostly on adults or families.

Some viewers might balk at this, since there are only a few adults in the show, but new younger fans might find that this series has crossover appeal to “Stranger Things.”

But “The Midnight Club” isn’t just Flanagan’s foray into the “terminally ill teen” subgenre (made popular by maudlin works such as “The Fault in Our Stars”). It’s darker and stranger, with far more material on which to chew than merely saying to the audience, “Isn’t this sad?”

Aya Furukawa as Natsuki in “The Midnight Club.” EIKE SCHROTER/NETFLIX

Ilonka refuses to accept her fate; she’s really at Brightcliffe in pursuit of a miracle cure that she has reason to believe might reside within its walls (since she stumbled on an article about a past resident making a miraculous recovery). Needless to say, this search leads her down a winding route.

“The Midnight Club” gets shaggy and rambling in parts, and episodes vary in quality. But for those who are looking for horror with heart, and a Halloween season viewing with more on its mind than blood and gore, it’s well worth a watch.