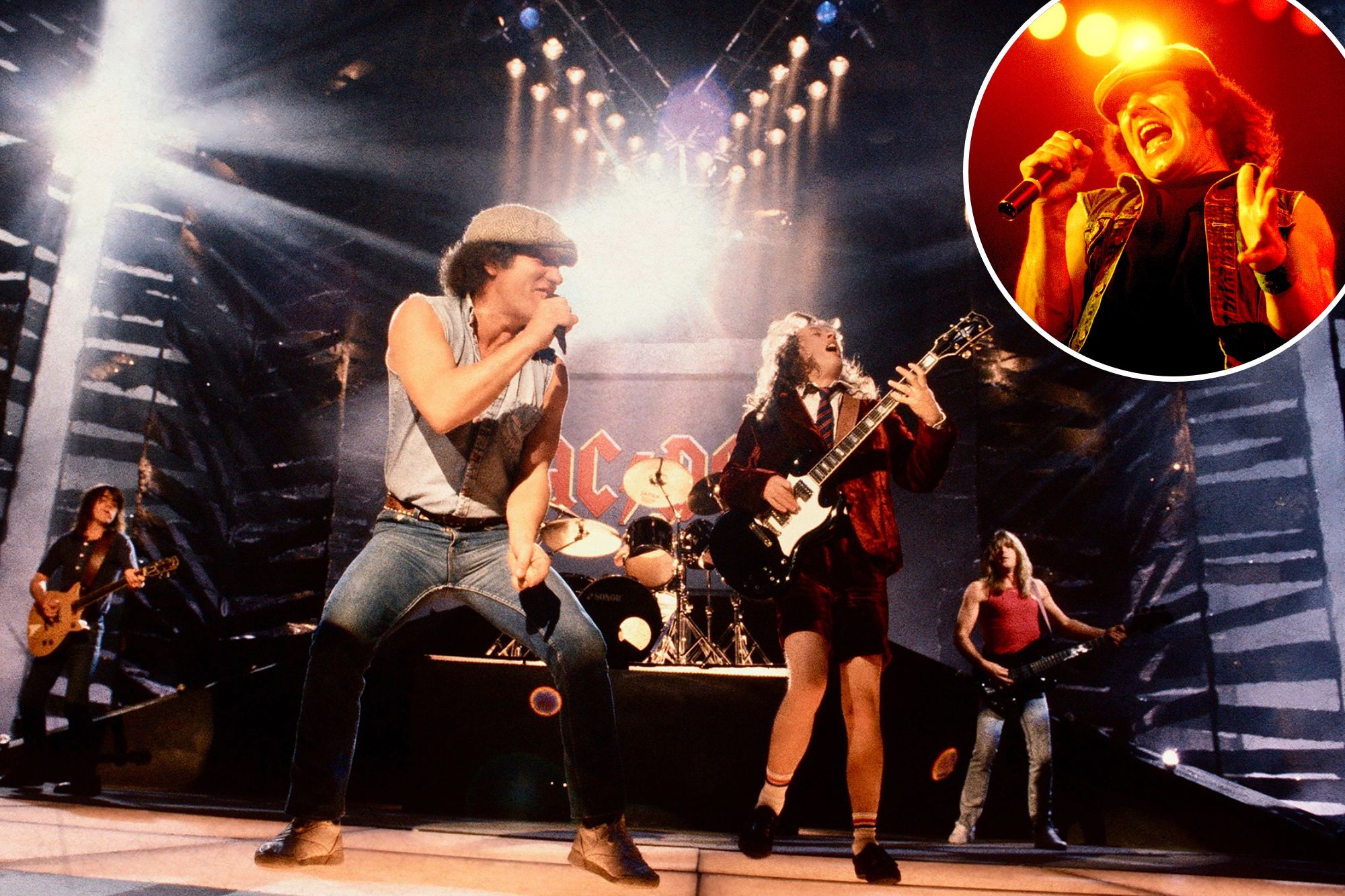 It’s been 42 years since the release of one of the biggest rock records of all time, AC/DC’s Back in Black.

And in the four decades since, English singer Brian Johnson has been haunted by a “conspiracy theory” over who put pen to paper on the ‘80s hit.

There have been persistent rumors that the late Bon Scott, who fronted the Aussie band before his death in February 1980, had “scribbled most of the words to the album in one of his notebooks before he died.”

However, Johnson, now 75, who took over as frontman after Scott’s death aged 33, has addressed the myth in his new book, “The Lives of Brian.”

While the song spawned from Scott telling a story to his bandmates about his landlord’s complaints about the volume of his music, AC/DC co-founder and guitarist Angus Young has previously said they didn’t end up using any of his lyrics to avoid looking like they were profiting from his untimely death.

“I know there’s an individual who was a conspiracy theorist and that just kept saying, well, Bon wrote these lyrics,” Johnson says, per The Daily Telegraph.

“What band would let somebody else claim somebody else’s lyrics? I mean, it’s just absolute nonsense. And that’s why I put it in the book, to say for once and for all, those lyrics came from the end of my hand with a pen in it.

Both Young brothers and Johnson are credited for writing the lyrics for “Back in Black.”Getty Images

“There’s people out there, they just won’t believe what’s true. And I felt awful after putting it down (in the book) but it had just got on my nerves for so long. I still love listening to Bon’s fantastic lyrics, his double entendres, his funny little quips … I couldn’t do that.”

Brothers Angus and the late Malcolm Young, as well as Johnson, are credited as the writers of all songs on AC/DC’s seventh studio album, “Back In Black.”

The legendary album was released just five months after the death of Scott and three months after Johnson officially joined the band, which didn’t help in defusing the conspiracy theory.

AC/DC performing during their music video for “Thunderstruck.”Getty Images

It was a complete work of musical art, going on to become one of the best-selling albums in history, and was recorded over just seven weeks in the Bahamas from April to May 1980.

AC/DC first formed in 1973 in Sydney by the Young brothers, who, alongside drummer Phil Rudd and bassist Mark Evans released their debut album “High Voltage” in 1975.

Current members are Johnson, Rudd, Angus Young, Cliff Williams and Stevie Young, who took over as the guitarist after his uncle Malcolm Young left the band in 2014 due to health reasons. Malcolm died from the effects of dementia in 2017.

The Roman emperor Nero, colorized. Known as one of Rome's most infamous rulers, he was notorious for his cruelty and debauchery. He ascended to power in AD 54 aged just 16 and died at 30
It’s the timing of the face slap for me dc: ...