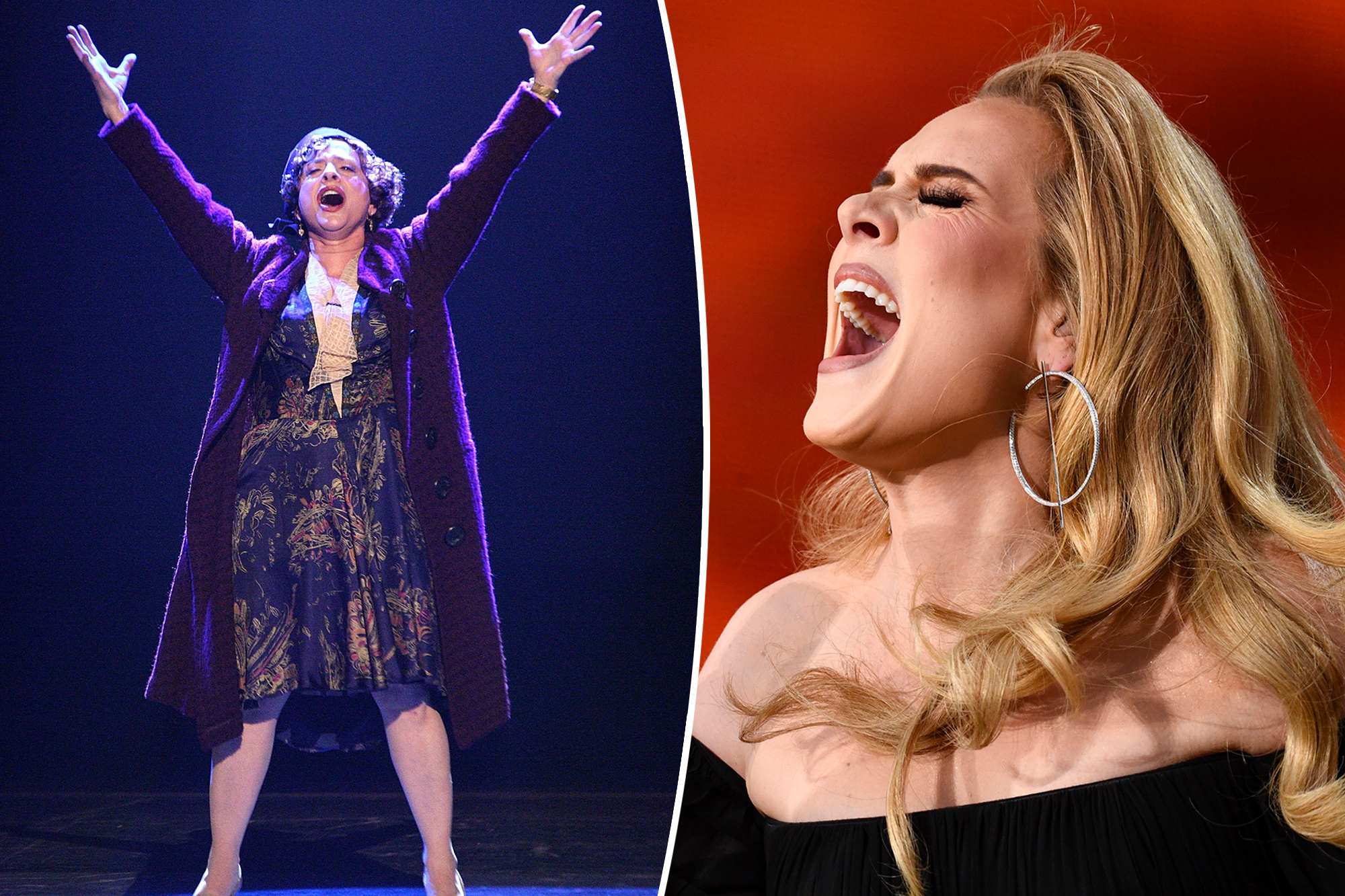 Adele has revealed the one Broadway musical she’d consider doing.

According to Broadway World, the Grammy winner, 34, was attending a fan event when she was asked if she’d try to get an EGOT by acting on Broadway, so she could win a Tony.

(EGOT is the designation given to a person who has won an Emmy, Grammy, Oscar and Tony.)

“I can’t lie guys, I’m not a massive Broadway fan,” Adele said. “I know, I know. I’m talking about musicals though because I’ve been seeing a couple of plays, but I don’t think I’ve seen enough.”

However, she said she’d consider playing the role of Rose in a production of “Gypsy,” which she had seen in London.

“I did love the role of the mum in it. She has a song when she was like, ‘I wanted to do all of this’ and she’s jealous of her own daughter and she’s really caught up about it. At one bit, she was just a bitch in it — which I could nail,” she said.

Adele would hit the Great White Way for a production of “Gypsy.”Gareth Cattermole/Getty Images f

“Gypsy” is loosely based on the 1957 memoirs of burlesque entertainer Gypsy Rose Lee, with a focus on her mom, Rose, as the ultimate showbiz mom.

Adele already has 15 Grammys and an Oscar for the James Bond theme song, “Skyfall.” She snagged an Emmy last month for Best Outstanding Variety Special for her “One Night Only” concert special on CBS. So a Tony is the only missing piece in her EGOT.

Adele said she “did love the role of the mum” in “Gypsy.”Gareth Cattermole/Getty Images f

Another obstacle in her path to Broadway is her schedule. She said Bette Midler, who played Rose in the 1993 “Gypsy” TV movie, told her she wouldn’t be able to keep up with the demanding schedule.

“Because I’m so lazy. I’m so notoriously lazy,” said Adele. “I would not be able to do matinees and all that. I don’t have the stamina for that.”

“But never say never. If I move to New York, I get bored, I’ll be on that stage in a hot second.”

After an initial hiccup when it got postponed, Adele is set to start her Las Vegas residency at the Colosseum at Caesars Palace on Nov. 18. It’s slated to run through March 2023.