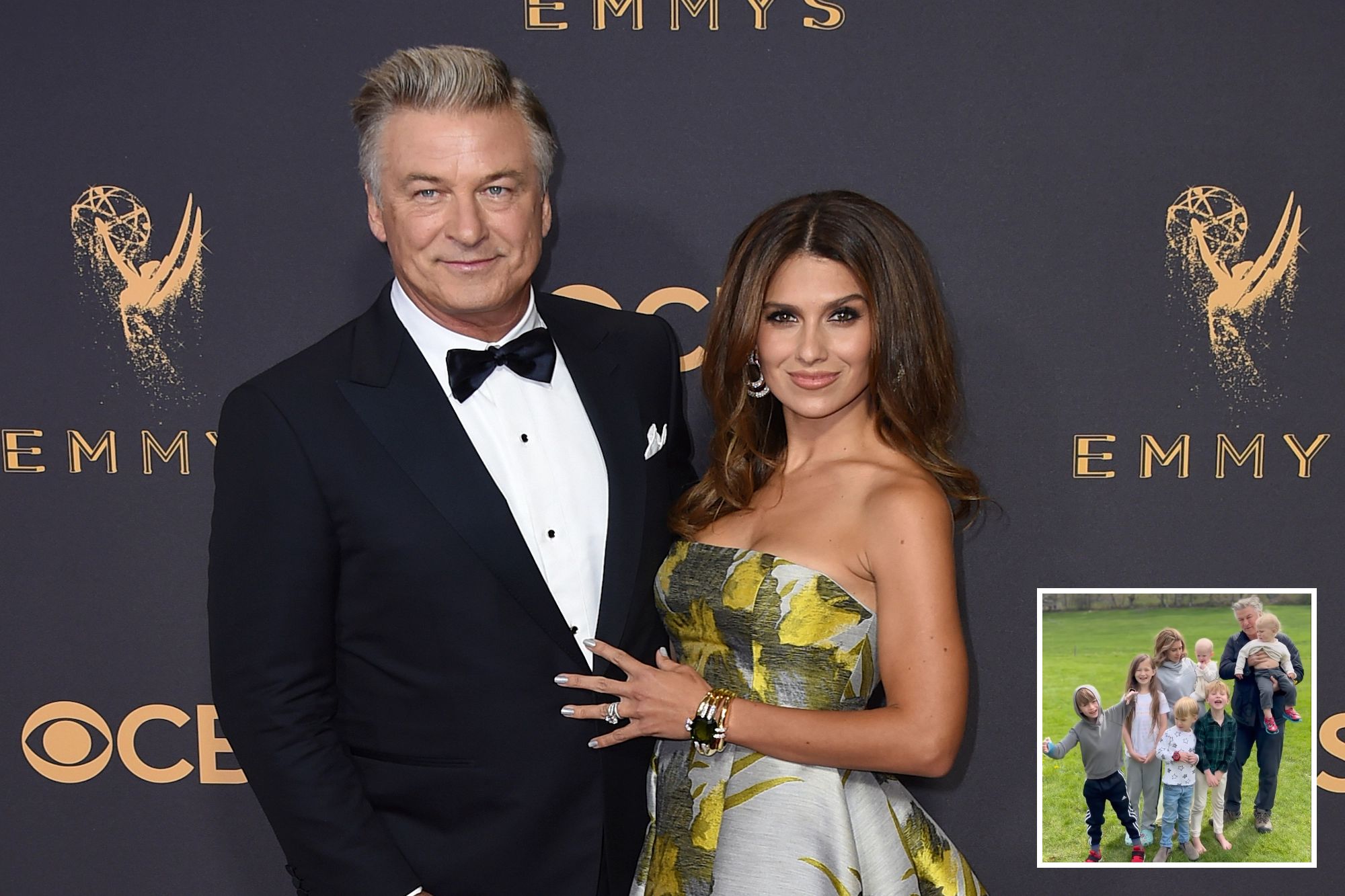 The pair — who already share six children — posted a sentimental video on Instagram in which they revealed their seventh baby will be a girl.

“I can’t wait to meet you, my daughter,” Hilaria says in the clip as she awaits her baby girl this fall.

In the video, each member of the Baldwin family offered advice to the unborn baby.

“It’s always been both fun and meaningful for me to find out what is the sex of my baby, yet, as I grow and learn, I want to do it a bit differently this time around,” she captioned the post.

“We can only guide, encourage their spirit, listen, share our experiences, and learn from them, as we watch their own journey. We can provide as good a life as we can, but the rest is up to our baby to discover their own, unique self,” she added.

It’s not known what name the pair are planning on giving their daughter.

In April, Hilaria told fans she already knew the sex of her seventh baby but refused to divulge the information on social media, admitting her reasons were twofold.

“I can’t wait to meet you, my daughter.”

The 38-year-old said the two miscarriages she suffered back in 2019 played a part in her wanting to keep the sex of the baby private.

“1. I lost a baby at 4 months in 2019 (maybe some of you remember). I think about her daily and understand that motherhood has its beauty and its darkness,” Hilaria shared on her Instagram Story at the time. “But I will wait until I’m past the point when I lost my daughter.”

Hilaria said she also wanted to keep the baby’s gender private in a bid to be gender-inclusive, before finally doing a 180 and sharing it with the world.

“2. Many of you know how connected I am to the LGBTQIA+ community and I am talking with a few close confidants on how I can be thoughtful and inclusive on helping to curate a more gender-inclusive world,” Hilaria added.

The girl will be the Baldwins seventh child.Instagram

The Baldwins faced a serious scandal last year when Alec was named in a wrongful death lawsuit filed in February by the family of Halyna Hutchins, the cinematographer killed in an on-set shooting.

The “30 Rock” alum is accused of firing the single bullet that killed Hutchins on the set of the Western movie “Rust” on Oct. 21.

Fighting back tears in an interview since the shooting, the actor claimed he had no idea there were real bullets in the gun and that he “didn’t pull the trigger.”

The investigation into Hutchins’ death is ongoing.

Reply to I can’t believe I’m posting me singing this song AGAIN LOL ...
7 Shows Like ‘From’ If You Love the Science Fiction Series