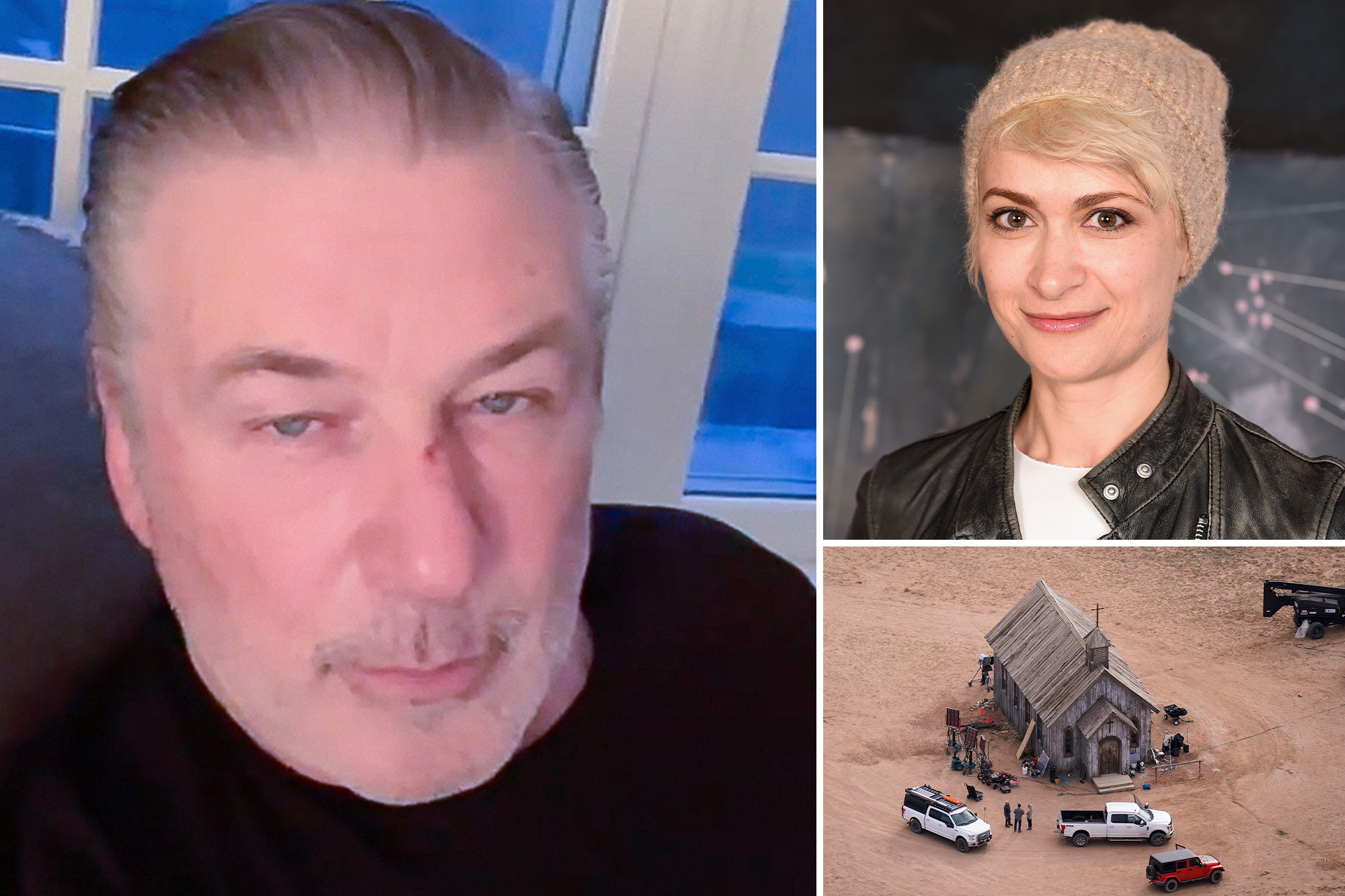 Alec Baldwin took to Instagram once again to reflect on his deadly on-set shooting of cinematographer Halyna Hutchins – saying in a lengthy New Year’s message that it was “the worst situation” he’s ever faced.

The actor, 63, had a small cut on his nose and appeared untanned. He addressed his fans in a 13 minute monologue.

Captioning his New Year’s Day post “Another chance to let go of anything that is hurting us. Destroying us,”Baldwin began by telling how a woman from Long Island gave him a packet Splenda and a note of encouragement.

“I’ve had more people who have been kind and thoughtful and generous of spirit than I’ve had people who are malignant about the death of Halyna Hutchins,” Baldwin said.

“I’m not afraid to say that and to couch that in some euphemisms, somebody died very tragically,”He said. “I’ve gotten so much, I mean so much, goodwill from people. It’s just incredible.”

Baldwin continued: “This has been surelyThe worst situation I’ve ever been involved with and I’m very hopeful that the people in charge with investigating this whole thing get to the truth as soon as possible.

Baldwin noted that he’s not a “New Year’s resolution person” – but shared his goals for this year.

“The one thing I do want to consider very carefully in this coming year and to really push myself is in terms of trying to not allow the negativity in my life to affect me,”He said.

“I’ve been having some very interesting phone calls with some very interesting people who I will not name, but some of them rather well-known people who deal in all kinds of behavioral, philosophical, religious, spiritual, meditation — all kinds of ways to attain a state of mind where you really short-circuit a lot of the negative in your life. And that’s what I want,” Baldwin continued.

“My goal in the new year is peace, awareness, consciousness, deepening my relationships with the people that I love, pulling them closer to me and improving relationships with people I care about but maybe I don’t get to see much of them anymore,”He added.

Halyna Hutchins was fatally shot on the set of the Western flick “Rust.”Fred Hayes/Getty Images SAGindie

Meanwhile, Baldwin’s wife, Hilaria, also posted a message on Instagram, where she predicted that 2022 will be “flawless.”

“We have dealt with so much awfulness lately, so it must be about time, right? I planned a whole post & year dedicated to the best year ever. Then I got scared-what if more horrible things happen & I can’t make it all good for everyone?”The 37-year old wrote.

“Then I realized that this thinking is the problem. Life is naturally flawed. Its [sic]  beautiful & tragic, happy & sad. There is no magical: it’s just gonna be good,”She continued.

“Because we know when it inevitably isn’t, so many of give up and throw in the towel. It’s about HOW we ride the ups and downs of life’s waves that will partly determine our quality of life. How we take care of ourselves, how we take care of each other. Which leaves me to this conclusion: dedicate this year to kindness,” Hilaria wrote.

“Kindness nurtures others and the world we inhabit and leave to our children. Kind also just feels good,”She added. “Remember Care Bears? The 80s child that I am goes back to blasting a rainbow at negativity. So join me & be a care bear.”

Authorities in Santa Fe, New Mexico, recently issued a search warrant for Baldwin’s cellphone to probe the death of Hutchins, 42, who was fatally shot on the set of the Western flick “Rust.”

Investigators were forced to issue the warrant because the star — who was also a producer for the movie — refused to hand over the device without one, the sheriff’s department has said.

Baldwin has insisted that he is not to blame for Hutchins’ death because there never should have been live rounds on the film set.

The couple’s six kids together range in age from 1 to 8 years old.