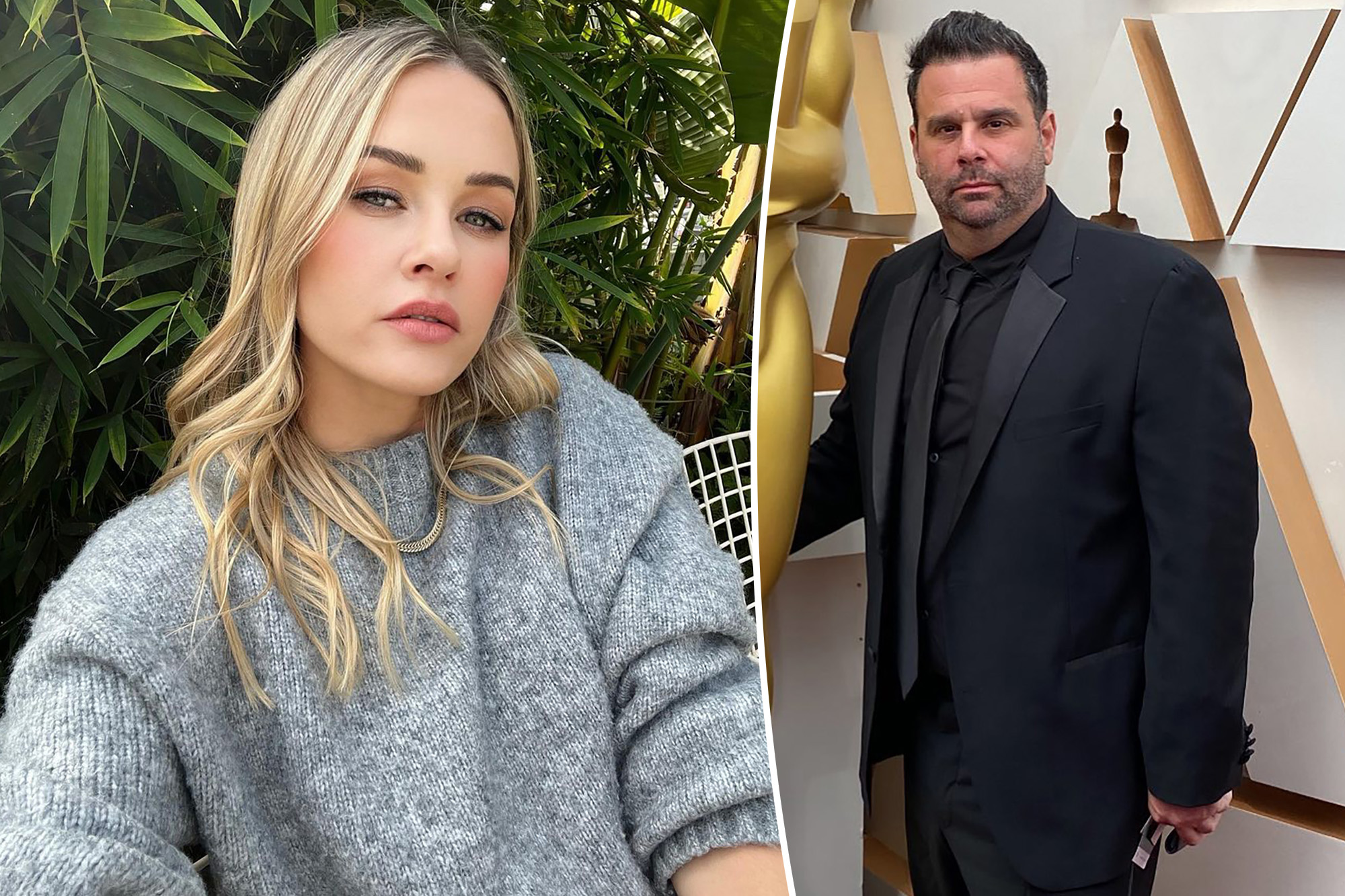 Ambyr Childers claims her ex-husband Randall Emmett’s attorney threatened her life in a disparaging email the movie producer allegedly forwarded to her by mistake.

According to the Los Angeles Times, the actress, 34, filed for an emergency domestic violence retraining order against her former spouse on Monday in Los Angeles Superior Court.

In her declaration, Childers said that the “threatening” correspondence between Emmett, 51, and his lawyer, Ben Valencia, left her in “legitimate fear for [her] safety and well-being.”

Childers reportedly explained in her petition that she had emailed the filmmaker — with whom she shares joint legal and physical custody of two daughters, ages 12 and 8 — on Friday of last week to let him know that she had received notice from their older daughter’s school about the girl’s repeated tardiness while under his care.

“When will you get some real money together so we can take this c–t out once and for all,” attorney Ben Valencia allegedly wrote to Emmett.

“When will you get some real money together so we can take this c–t out once and for all,” attorney Ben Valencia allegedly wrote to Emmett.

Per the Times, the “You” star — who was denied the temporary restraining order on Tuesday — claimed that Emmett’s reply to her included emails he had exchanged with Valencia, one of which from the family law attorney allegedly read, “When will you get some real money together so we can take this c–t out once and for all. This is not good for your girls.”

Emmett reportedly responded within minutes, “I don’t have real money for this and you know it.”

Childers said in the filing that she was most frightened by the “finality and desperation” of what she had allegedly read.

Childers filed for an emergency domestic violence retraining order against Emmett on Monday.

Childers filed for an emergency domestic violence retraining order against Emmett on Monday.

“If not the infliction of physical harm on me, would the money be to set me up?” she wrote, per the Times.

“Is it some sort of bribe for law enforcement? With Randy’s history of illegal and/or intimidating activity, nothing is off the table, and all possible interpretations make me fear for my safety.”

The actress reportedly went on to claim in the request that the “Midnight in the Switchgrass” producer was emotionally and verbally abusive to her throughout their eight-year marriage, which ended in 2017.

She alleged, per the Times, that Emmett “would put his hand around [her] neck and tell [her] that [she] could never get away from him.”

A judge denied Childers’ TRO request due to lack of proof, reported the Times, but a hearing to review the matter was set for Nov. 14.

“Randall is very pleased that the court recognized there was no merit to these claims and denied the request,” Emmett’s rep exclusively told Page Six.

Valencia and Childers have not yet responded to our requests for comment. Childers declined to comment to the Times.

In her Monday declaration, Childers also reportedly cited the Times’ bombshell exposé from June that detailed Emmett’s alleged history of offering actresses work in exchange for sex, which he has vehemently denied.

Childers reportedly said Emmett allegedly offered to pay her $50,000 to “stand beside him and refute what the article said” but that she declined because she is “just as much a victim as the other victims in the article.”

Emmett famously dated — and was engaged to — “Vanderpump Rules” star Lala Kent for several years until she dumped him last October after videos and pictures of what appeared to show him in Nashville with two women surfaced online.

After Kent dumped him, a source told us that Emmett’s always lived a “double life.”Instagram/lalakent

Kent, 32, claimed to the Times that Emmett “tackled” her and pushed her to the ground when she confronted him about the alleged cheating, but the filmmaker’s lawyer at the time said Kent “fabricated this account.”

The Bravo star, who shares a 1-year-old daughter with Emmett, also claimed in the Times’ exposé that another one of his attorneys once offered her $14,000 at the start of their relationship — when he was still married to Childers.

Kent said she refused the money, while a rep for Emmett told Page Six at the time that his discussions with the reality star had to do with him not wanting their relationship discussed on television.