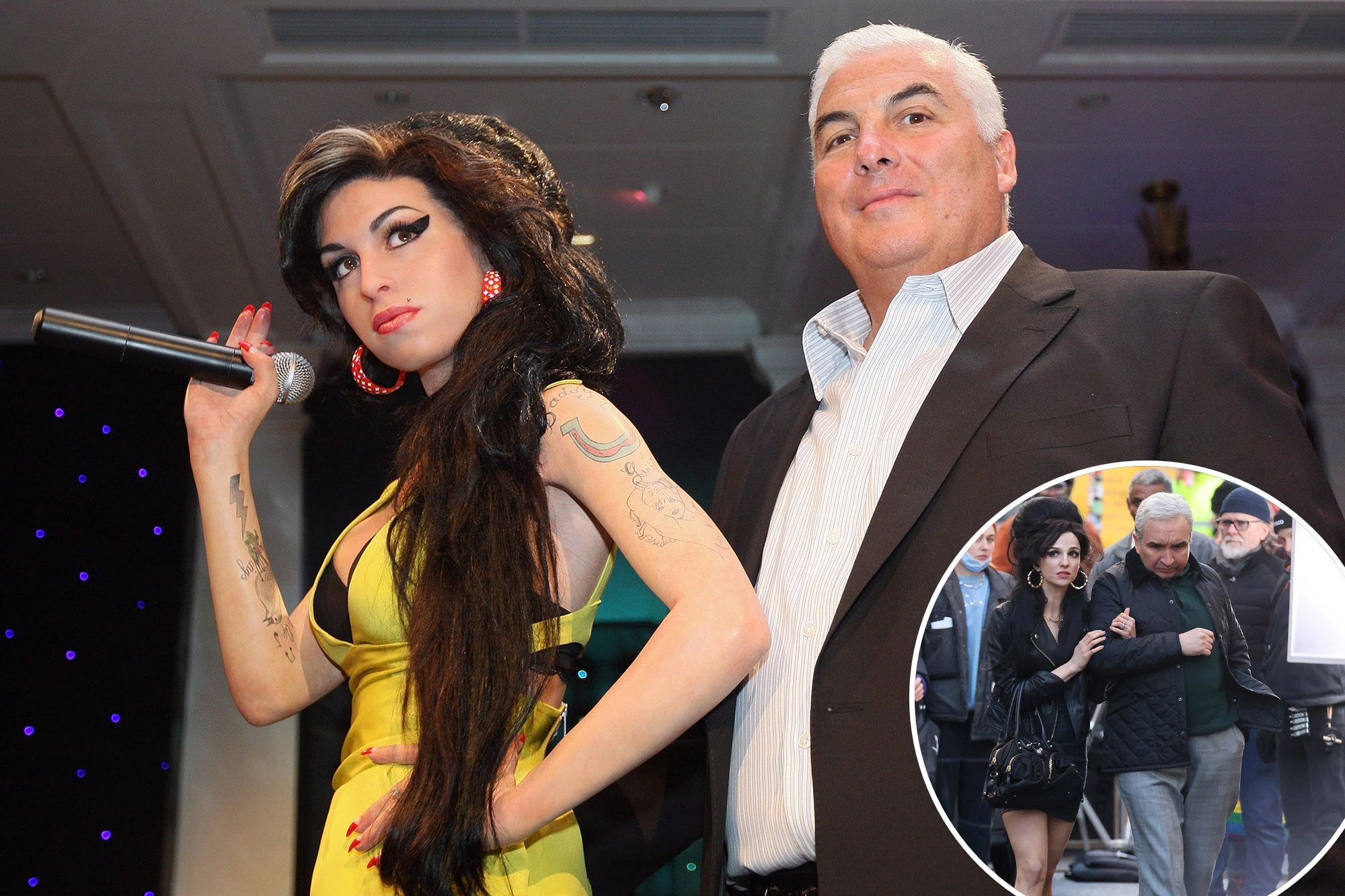 Amy Winehouse’s father, Mitch Winehouse, has thrown his support behind the controversial casting in the upcoming biopic “Back to Black.”

Starring Marisa Abela as the late seven-time Grammy winner, the biopic has come under fire after fans pointed out that the actress doesn’t resemble the late singer in the slightest.

But the “Tears Dry On Their Own” hitmaker’s father has shut down criticism, saying the 26-year-old was “a great choice” in playing his daughter, who died of alcohol poisoning at the age of 27 in 2011.

“Marisa’s a great choice for the role, even if she doesn’t look exactly like Amy,” he told TMZ following the release of first-look images from the film.

“It’s no big deal if they aren’t mirror images,” he added.

Marisa Abela and Eddie Marsan filming the new Amy Winehouse-inspired movie “Back to Black” on January 16, 2023, in London, England.GC Images

Mitch went on to point out that actor Eddie Marsan – who is playing him in the biopic – “doesn’t look anything like me either.”

A first-look photo from “Back to Black” released earlier this month shows Abela dressed in costume as the late singer. She’s also sporting Amy’s signature locks, tattoos, and winged eyeliner.

But it didn’t take long for critics to rush to social media to slam the casting, with one person tweeting, “They want us to believe she looks like Amy Winehouse so much and it’s not working.”

“Sam Taylor Johnson looks more like Amy Winehouse than the lead actress does,” another wrote, referring to the film’s director.

Winehouse died of alcohol poisoning at the age of 27 in 2011.Getty Images for NARAS

“Looks nothing like MY Amy. I hate these biopics that stars people who look nothing like the person. Just do a documentary telling her truth,” a third critic added.

Filmed in London, the biopic — made with the full support of her surviving family — is based on Winehouse’s climb to the height of fame, as well as her tragic death.

No release date has been set for the movie at of yet.