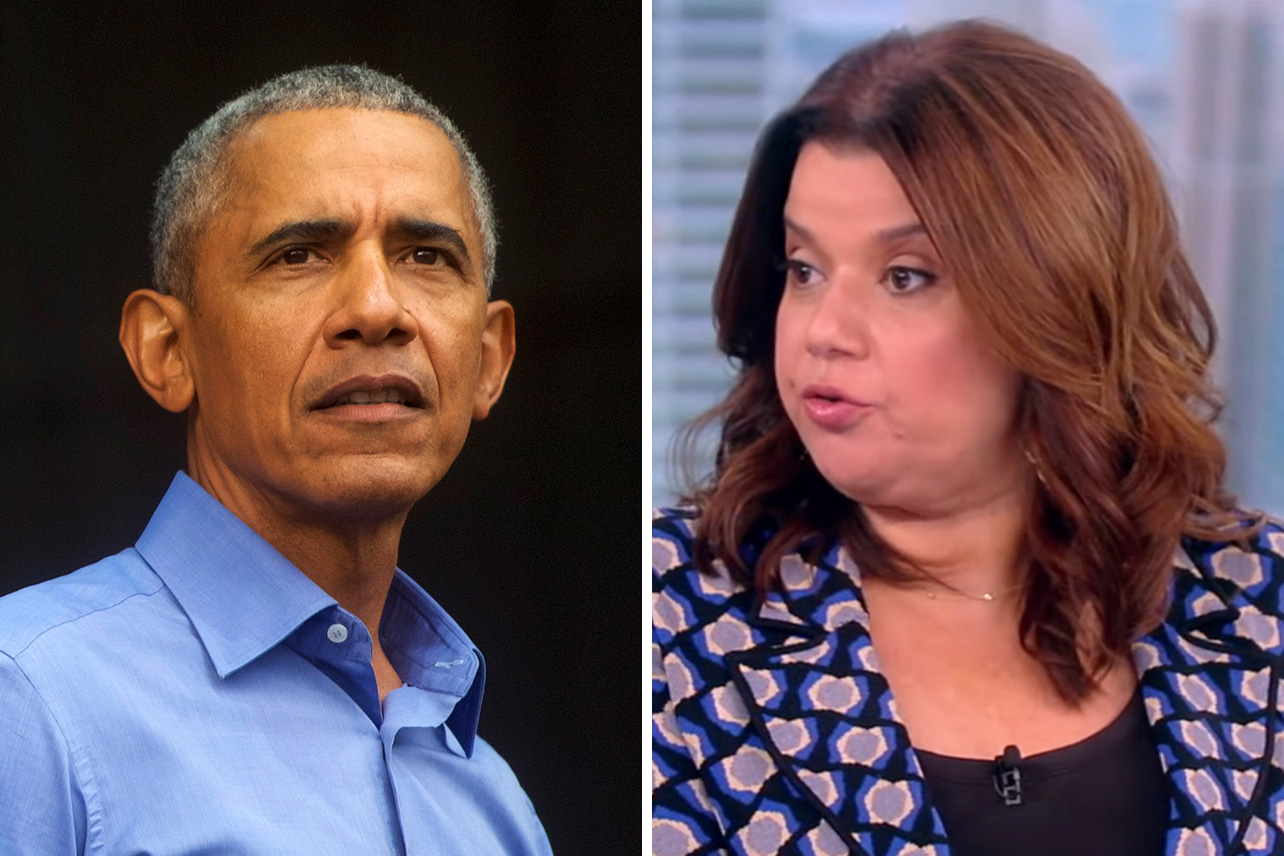 Ana Navarro says Barack Obama is living in the past. The View co-host pushed back against advice from Obama after the former president recommended democrats focus less on the latest craziness from Donald Trump and instead commit to current issues affecting American voters.

Obama’s comments came from his appearance on the Oct. 15 episode of Pod Save America, where he told host Jon Favreau, “We spend enormous amounts of time and energy and resources pointing out the latest crazy thing he said, or how rude or mean some of these republican candidates behaved.”

He continued, “That’s probably not something that, in the minds of most voters, overrides their basic interests. Can I pay the rent? What are gas prices? How am I dealing with childcare?”

While discussing his advice with The View panel during a Hot Topics segment on today’s episode, Navarro questioned how effective Obama’s idea really is, suggesting he doesn’t have the relevant experience of squaring off against Trump since he was running against the much saner John McCain.

“I think Obama is kind of … campaigning like it’s 2008. He ran against John McCain. He didn’t run against a twice-impeached insurrectionist, and I don’t know how you ignore Donald Trump when he’s constantly doing things like attacking Elaine Chao with anti-Asian hate, when he’s attacking Jews, like he did last night,” Navarro said.

She then read a post from Trump on his Truth Social platform in which the former president wrote, “U.S. Jews have to get their act together and appreciate what they have in Israel before it’s too late.”

Navarro added, “This is coming at a time when there’s been such a dramatic increase in anti-Asian crimes, antisemitic crimes,” before admitting she understands Obama’s words, but doesn’t think the advice will stick in today’s hot political climate.

“So look, I get what Obama is saying. There is a dearth — we are missing the hope and change feeling that there was in 2008,” Navarro said. “But it’s very hard to not be angry and outraged, and channel that into the ballot box when they’ve just gotten rid of abortion rights after 50 years.”

'Big Short' investor Michael Burry says Meta 'has a New Coke problem'
71 species of mushrooms (out of more than 100,000 species) glow in the dark. Scientists theorized it was to attract insects. Insects can help spread the fungal spores which help in mushroom reproduction.