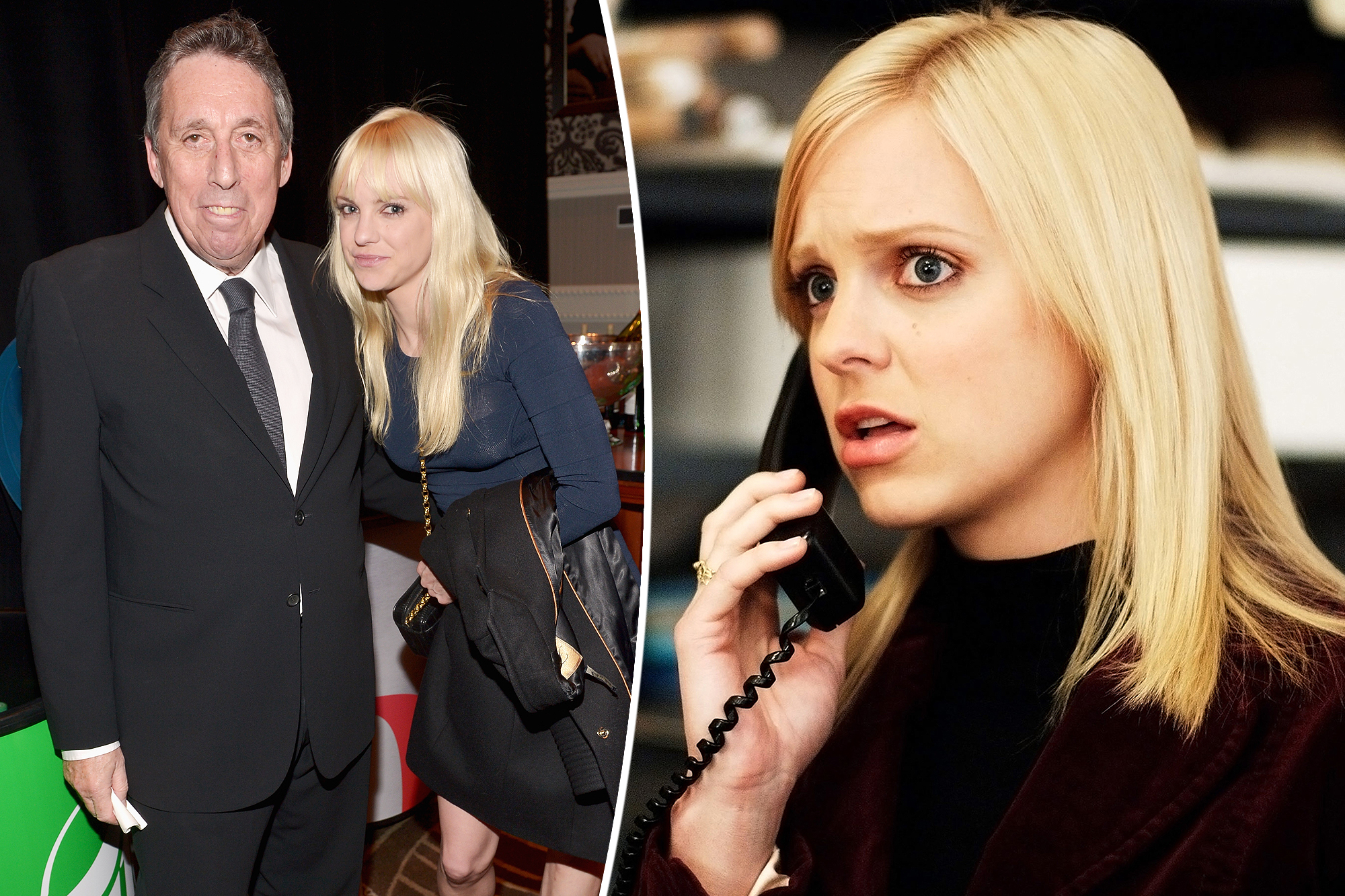 The actress, 45, had previously made harassment claims, but never named her alleged abuser until Wednesday’s episode of her “Unqualified” podcast.

Faris claims at one point on set Reitman — who passed away earlier this year — “yelled” at her, which made her feel “angry,” “hurt,” “humiliated” and “defensive,” and then alleged, “He slapped my ass, too.”

“It was a weird moment,” she added.

Faris’ podcast guest, Lena Dunham, asked, “Did no one step in and say no?”

Faris replied, “No. It was like 2006,” implying how the incident took place years before the #MeToo movement.

Reps for Reitman’s son, director Jason Reitman, did not return our request for comment.

Anna Faris has named Ivan Reitman as the director who allegedly sexually harassed her on set.Charley Gallay

The “Scary Movie” star first spoke out about the alleged incident in 2017, amid the rise of the social movement against sexual abuse, sexual harassment, and rape culture in Hollywood.

“I was doing a scene where I was on a ladder and I was supposed to be taking books off a shelf and he slapped my ass in front of the crew so hard,” Faris said on a previous episode of her “Unqualified” podcast. “And all I could do was giggle.”

She continued at the time, “I remember looking around and I remember seeing the crew members being like, ‘Wait, what are you going to do about that? That seemed weird.’ And that’s how I dismissed it. I was like, ‘Well, this isn’t a thing. Like, it’s not that big of a deal. Buck up, Faris. Like, just giggle.’”

Gavin Polone, one of the producers on “My Super Ex-Girlfriend,” responded to Faris’ claims against the late director on Wednesday.

“I never saw that incident, or heard about it, but I would not have any reason to dispute Anna’s account, either,” the “Curb Your Enthusiasm” exec told Deadline.

“If Anna says it happened, I believe her. If it had happened in front of me, I certainly would have confronted Ivan about it. I’m sad to think Anna was demeaned in that way.”

Faris first made the allegations against Reitman — without naming him — amid the rise of the #MeToo movement.Getty Images

Reitman, known for directing films like “Ghostbusters” and “Stripes,” died peacefully in his home in February.

His children said in a joint statement at the time, “Our family is grieving the unexpected loss of a husband, father, and grandfather who taught us to always seek the magic in life.

“We take comfort that his work as a filmmaker brought laughter and happiness to countless others around the world. While we mourn privately, we hope those who knew him through his films will remember him always.”

Hollywood was founded in 1887 by Harvey and Daeida Wilcox as a community for likeminded followers of the temperance movement. It was incorporated as a municipality in 1903 and merged with Los Angeles in 1910.
Extreme beatbox challenge!! Ice edition ...