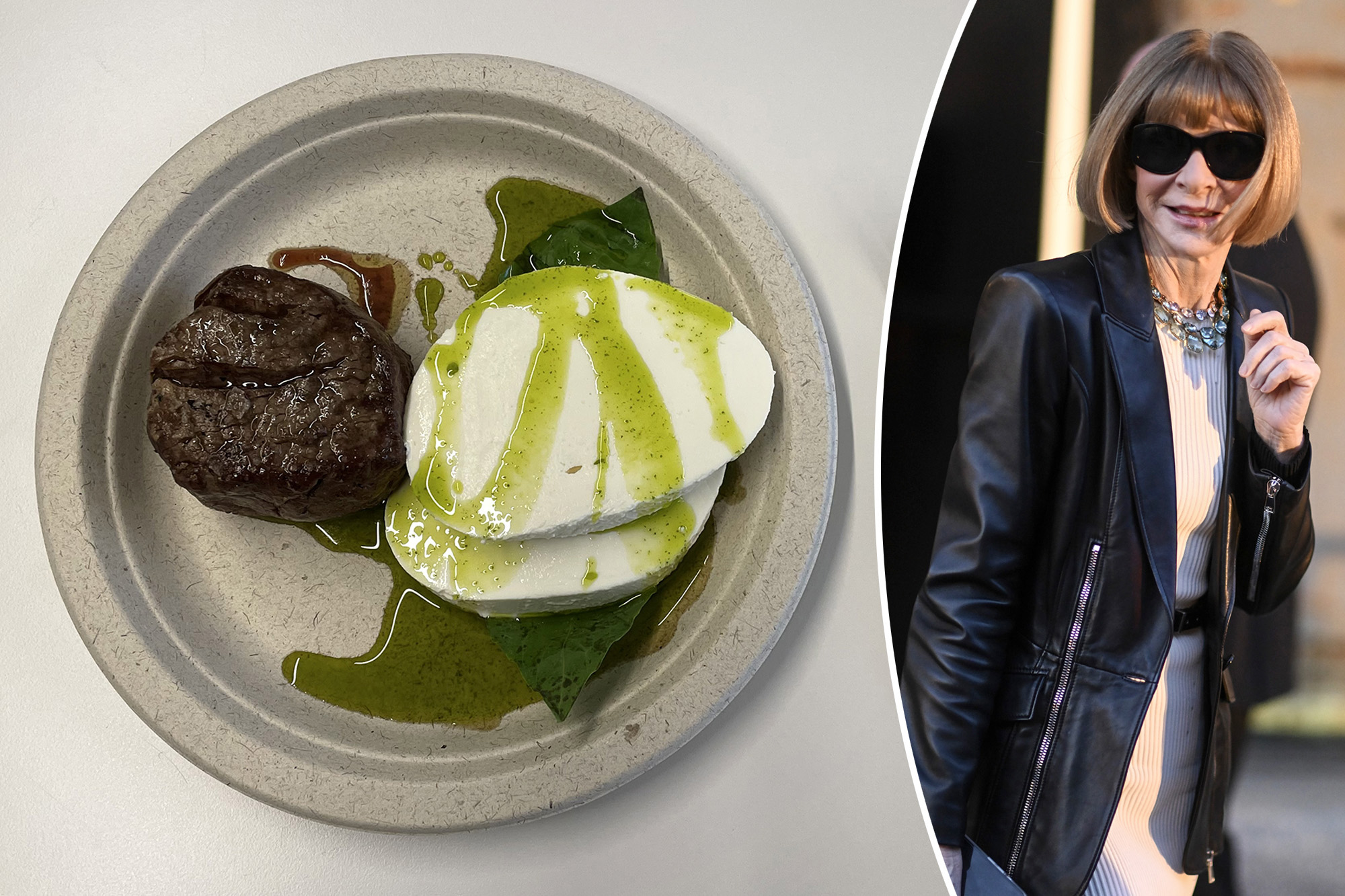 Of the many shocking disclosures made by the more than 250 sources Amy Odell spoke to for the book, Wintour’s lunch order has especially sent some reeling.

“In fact, Wintour’s go-to lunch, after Condé Nast moved offices to 1 World Trade Center, was a steak and caprese salad without the tomatoes from the nearby Palm restaurant.”

It takes a lot to question the taste of the curator of the fashion bible, but her peculiar lunch order has raised questions. Mainly: What is a caprese salad without tomatoes? (The answer is cheese.)

The strange lunch order is something that Wintour would reportedly order five to six years ago but is still available on the menu at the Palm in Tribeca.

According to Grub Street, the meal plus tip goes for $77.33, which is a bit more than an average worker’s lunch today; that could cost a still-hefty $15 or even hover near $20.

The average cost of a salad did shoot up 11% since last year, but without the juicy red tomatoes, is a caprese salad still considered a salad?

Miranda Brooks, Wintour’s landscape designer for her house in Mastic, Long Island, shared some insight as to why the leading fashionista would forgo such a vital part of a classic dish.

In the biography, Brooks claims that she tried to convince Wintour to plant a vegetable garden on her 42 acres of land but was shot down because Wintour “doesn’t like vegetables.”

Odell explained to New York magazine that she learned of the order from two different people.

Wintour, 72, has been the editor-in-chief of Vogue since 1988, during which she’s cemented her front-row seat in the fashion world. Gilbert Carrasquillo

“The lunch would have been picked up typically by the second assistant,” Odell explained, adding that the deluxe dish would arrive with a ceramic plate provided by the Palm and would then be re-plated by an assistant.

“You know how in ‘The Devil Wears Prada,’ we see the assistants throwing the plate in an office sink?” Odell continued. “In more recent years, the plate was packed up and sent back to the Palm, which then cleaned it.”

The strange revelation of Wintour’s lunch order is just one of many questions that “Anna” has answered, but the book has also brought forward new queries about the notoriously private figure.

Is a caprese salad still a salad without tomatoes? How does a woman above 65 supposedly eat only red meat and cheese for lunch? How has Wintour reportedly not tasted a vegetable she likes in over 70 years while dining at some of the best restaurants in the world?

In the words of Miranda Priestly, “Please bore someone else with your questions.”