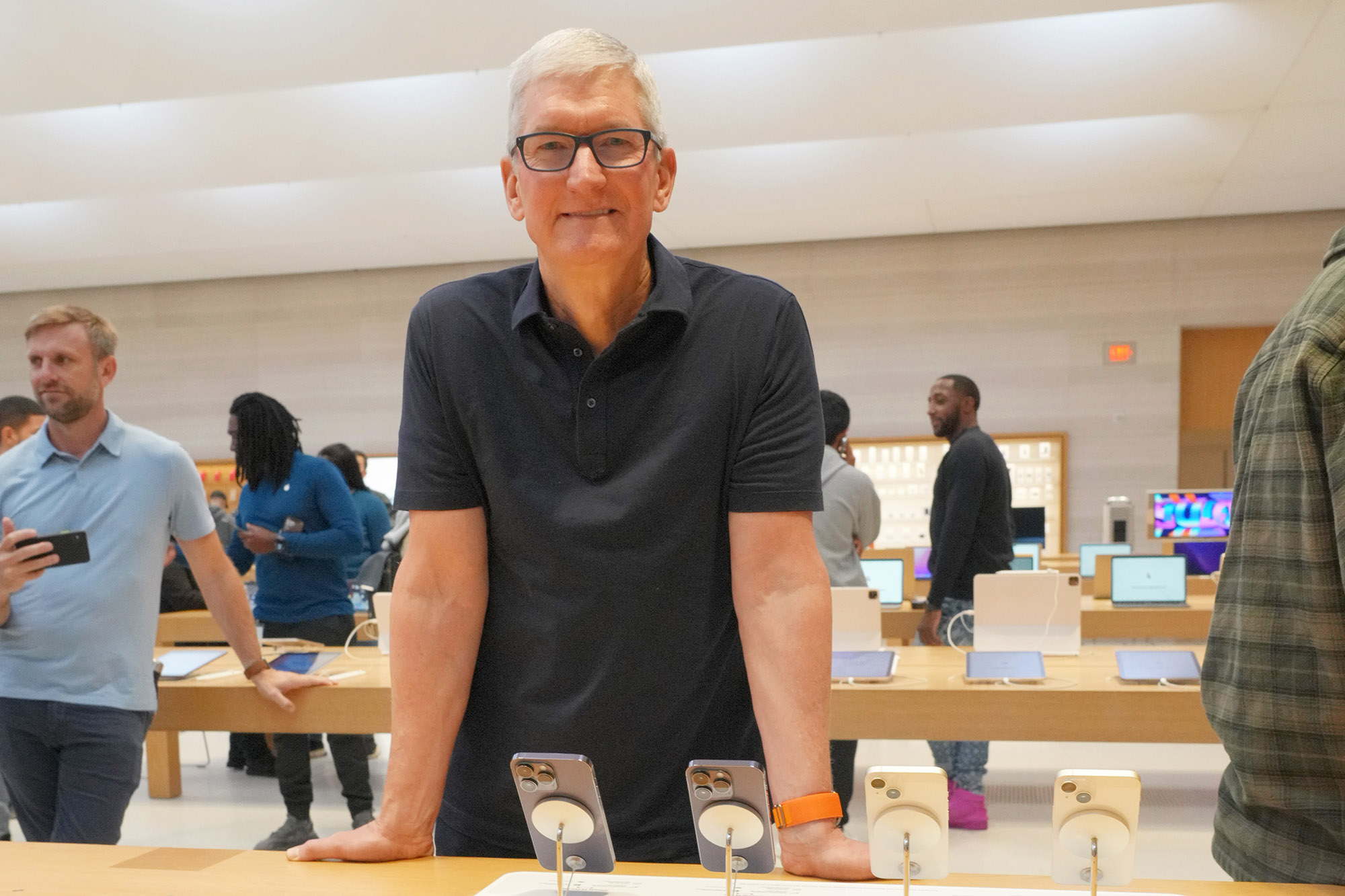 The saving grace for Apple CEO Tim Cook’s were Mac sales of $11.5 billion, far head of analyst estimates of $9.36 billion.

Apple’s results showed some resilience in the face of a weak economy and strong US dollar that has led to disastrous reports from many tech companies, although Apple’s quarter was saved by its oldest technology, desktop computers, while its star, the iPhone, stumbled.

Overall, Apple said quarterly revenue rose 8% to $90.1 billion, above estimates of $88.9 billion, and net profit was $1.29 per share, topping with the average analyst estimate of $1.27 per share, according to Refinitiv data.

Phone sales for the company’s fiscal fourth quarter rose to $42.6 billion, when Wall Street expected sales of $43.21 billion, according to Refinitiv IBES. By contrast, the overall global smartphone market dropped 9% for the just-ended quarter, its third consecutive decline of the year, according to Canalys data.

“We did better than we anticipated, in spite of the fact that foreign exchange was a significant negative for us,” said Maestri.

The company reported sales of iPads were $7.2 billion, compared with the average estimate of $7.94 billion.

Apple wearables such as AirPods and other accessories notched sales of $9.7 billion, slightly ahead of the Wall Street forecast of $9.2 billion.

“Similar to iPhones, we expect the macro impacts to units to creep into the higher end at some point,” wrote Barclays hardware analyst Tim Long ahead of the results.

Growth in the company’s services business, which has buoyed sales and profits in recent years, saw a rise to $19.2 billion in revenue, below the estimate of $20.10 billion.

In China, which has experienced a sharp economic slowdown, Apple reported fourth-quarter sales of $15.5 billion. That is a gain from the prior quarter, when Apple logged sales of $14.6 billion.

What costs less than the $ 20 billion lost by Facebook on the metaverse
‘Don’t Worry Darling’ Is the Latest Movie to Reference ‘The Stepford Wives’: Here’s Why the Original Still Resonates