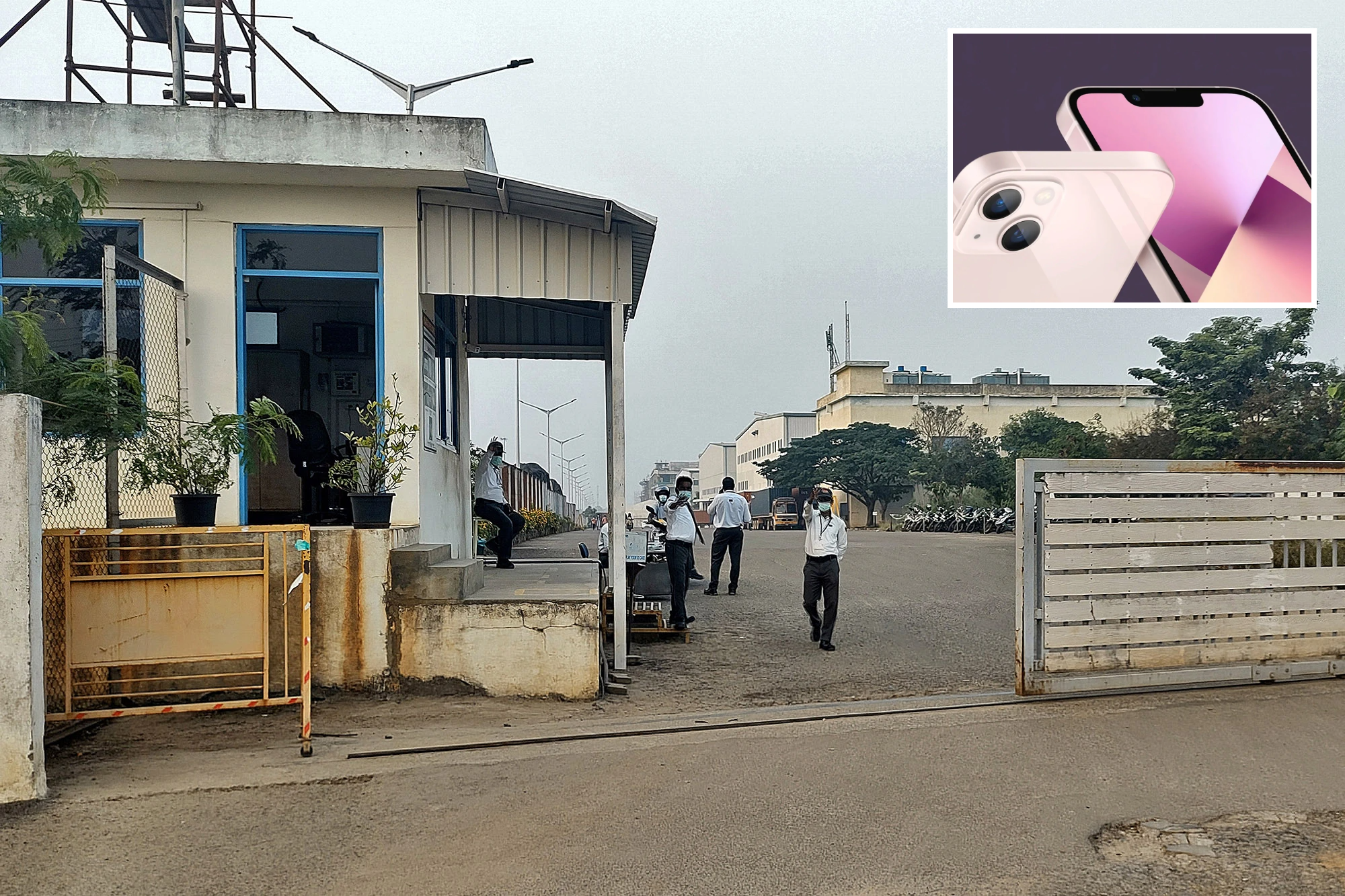 Indian women assembling Apple iPhones had to survive off worm-infested food while living in rat-filled dorms without running water — all for less than $5 a day, according to a new investigation.

News of the sickening conditions at a factory with 17,000 workers comes as Apple pays out holiday bonuses of up to $180,000 to some US engineers.

The situation was thrust into the public eye when 159 women were hospitalized for food poisoning in mid-December, sparking a rare worker protest.

Apple has since indefinitely put the Foxconn-run plant “on probation” and says it will not be reopened until it meets its “strict standards.”

The despicable conditions were detailed in a Thursday investigation that included interviews with six women who worked at the plant, which is located outside Chennai.

The workers said that they were forced to sleep on the floor in dormitories, with up to 30 women sleeping in a single room. At least one of the dorms had toilets with no running water, the workers said.

That reportedly left many of the women — most of whom are aged 18 to 22 — with a variety of health issues.

“People living in the hostels always had some illness or the other — skin allergies, chest pain, food poisoning,” a 21-year-old woman who quit the plant after the protest told . “We didn’t make a big deal out of it because we thought it will be fixed. But now, it affected a lot of people.”

The female workers — most between the ages of 18 to 22 — were assembling iPhones for less than $5 per day.

Women who work in the plant will continue to be paid while Apple investigates the working conditions, according to . They make $140 each month — or about $4.67 per day — but have to pay a Foxconn contractor for housing and food while working at the plant.

Several activists and academics said women recruited from farming villages to work in the region’s factories are seen by employers as less likely to unionize or demonstrate, a factor that made the protests at the Foxconn factory — which isn’t unionized — even more shocking.

During one of the protests in December, police beat up male workers from a nearby factory who had joined the women, then chased some of the women and struck them as well, union leaders told . Police also detained 67 female workers and a local journalist, confiscated their phones, and called their parents with warnings to get their daughters in line, the outlet reported.

Police beat women who were protesting conditions at the factory, then called their mothers and told them to get their daughters in line, according to .Sudarshan Varadhan/REUTERS

The food poisoning and protests have led to at least four investigations by regional state agencies, including some that are ongoing. Officials have also privately warned Foxconn to improve working conditions, reported.

The plant — which is central to Apple’s efforts to shift production away from China amid tensions between Beijing and Washington — was first opened in 2019 as part of Prime Minister Narendra Modi’s push to create manufacturing jobs in India. Products for Samsung and Mercedes-Benz parent company Daimler are also made at nearby factories.

US stocks close down after S&P 500, Dow pull back from highs in late-day fade
Olivia Colman Dancing to Bon Jovi in ‘The Lost Daughter’ Is 30 Seconds of Pure Joy