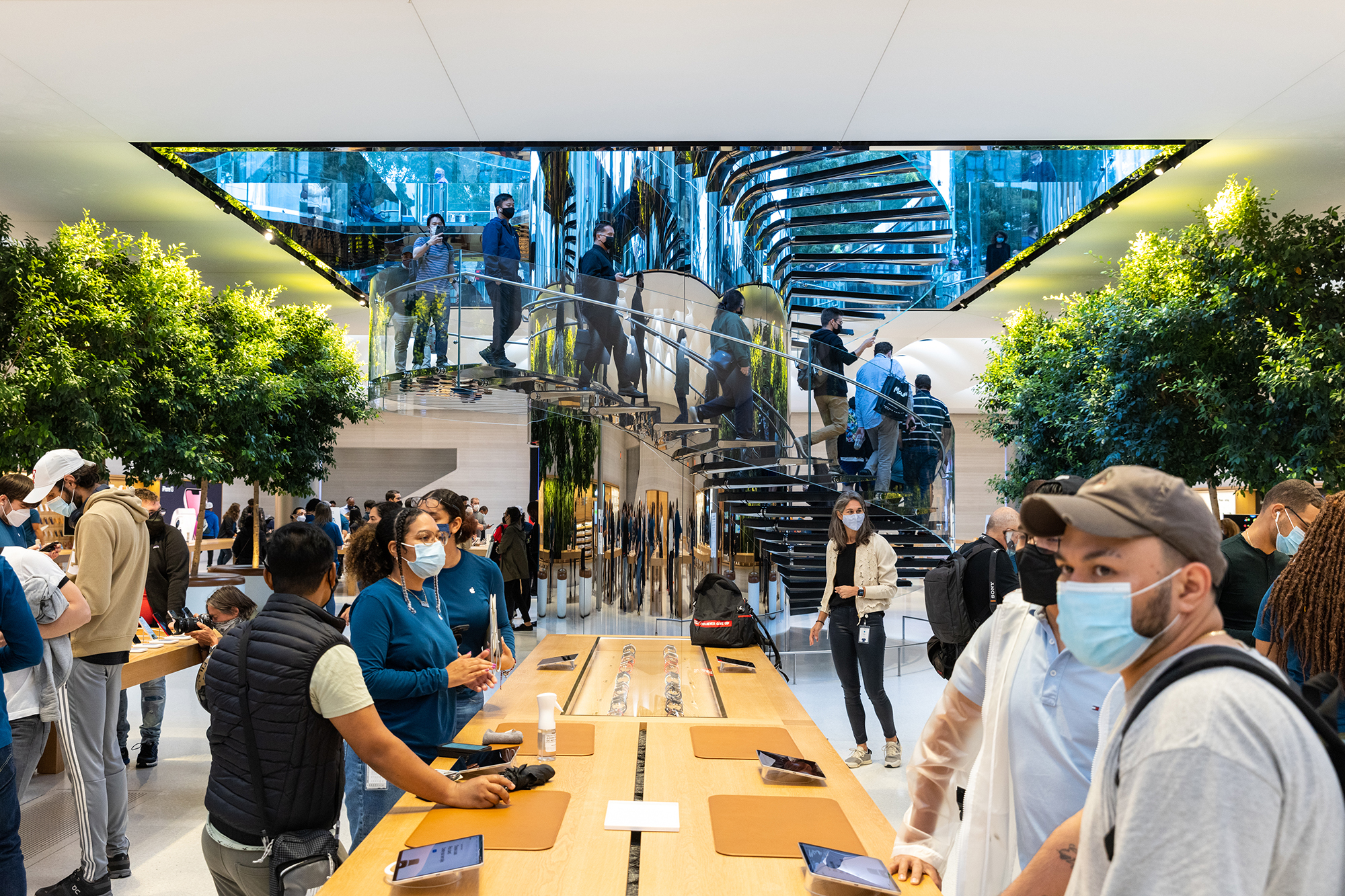 A report says that disgruntled workers in a number Apple Stores nationwide are starting to organize unionization drives, as the iPhone maker reaps record profits.

The Cupertino, Calif.-based tech company did not respond to a Post inquiry concerning labor unrest among its 65,000 employees at its 270 retail stores in the United States.

But employees there who earn between $17 and $30 an hour are reportedly unhappy over stagnant wages despite the company’s market capitalization surpassing $3 trillion last year, according to the Washington Post.

Apple CEO Tim Cook took home a reported payday of $99 million in 2021 — a handsome reward for leading the company to explosive earnings. Apple generated $378billion in revenue during the last calendar year.

Cook’s compensation is jarring when juxtaposed with the pay earned by retail workers, some of whom threatened a walkout in December while demanding better sick leave and working conditions.

The iPhone maker said it would offer an enhanced sick time policy and more vacation days, among other perks. The upgraded benefits will be available to Apple’s full-time and part-time workers at US stores beginning on April 4.

Apple shares were down by around 0.25% during Wall Street trading on Friday.

Apple’s filings with the SEC indicate that retail stores and the company website account for 36% of the company’s $366 billion in total revenue in fiscal year 2021.

But workers there told the Washington Post they’re frustrated that the company’s record profits haven’t been reflected in their paychecks.

Employees claimed that their salaries have remained stagnant in the face of record levels inflation.

“I have a lot of co-workers and friends who I genuinely love and they do not make enough to get by,”One anonymous labor organizer working at an Apple Store spoke to the Washington Post.

“They’re struggling and they’re hurting and we work for a company that has the resources to make sure that they’re taken care of.”

Apple workers seeking to unionize are fearful management will try to dissuade its employees, so they’ve taken to encrypted messaging apps and secret meetings in a bid to facilitate the organizing drive, according to the report.

Apple is the latest blue chip company to face the possibility of workers organizing into unions.

More than 80 Starbucks employees filed paperwork to form unions. The same was true for workers at REI outerwear retailer.