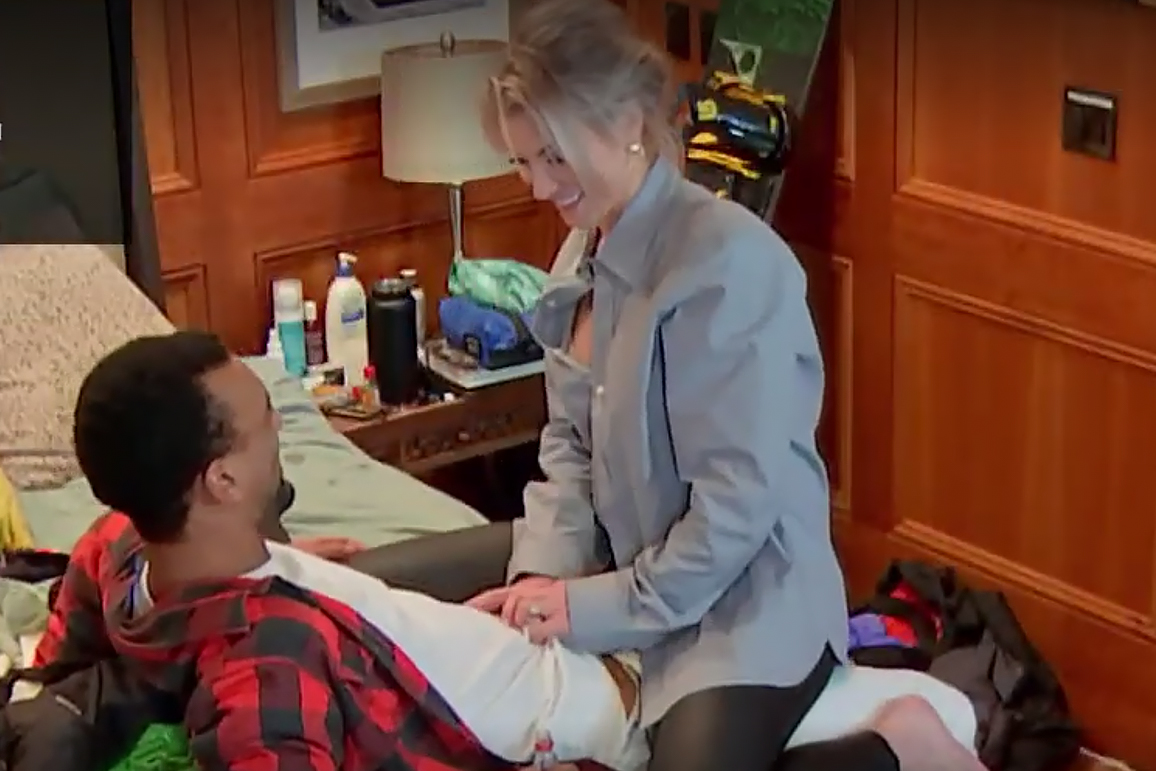 Lindsay Hubbard, our girl has had a lot of fun on Winter House sofar. She declared her feelings for Austen Kroll who pretty quickly friend-zoned her, and now she’s got her eyes on someone awfully sweet — not to mention, super skilled in the kitchen. And while we haven’t seen it yet, this guy can probably whip up a delish sandwich.

Lindsay and Jason Cameron have gone from flirting to smooching, to snuggling and sharing the nights together in the Bravo series’ latest episode. When he asks her what she’s looking for, she responds with a sexy, “What I’m looking for is you.”

Lindsay continued her interview by saying, “Jason’s hot as fuck and he can cook! He’s just so calming and sweet and sexy. Are you kidding me, those abs? Jesus, and the below the abs? Oh my god, forget it. This guy’s been here this whole time, and I was over here distracted by idiots.”

Jason also shares this sentiment “When I met Lindsay, I was scared but I was intrigued. I love a strong woman and she’s stunning. Don’t sleep on Lindsay. There’s no sleeping on Lindsay,”He laughs a bit.

Lindsay can also sleep with Lindsay. Lindsay and Lindsay even shared a shower together! Lindsay is trying to be cool and tells him. “If you want to sleep by yourself just let me know,”He responds, “Happy to share and don’t mind a cuddle or two.” So these two are officially sharing a bed together and then he’s getting up and cooking amazing food for the whole house? It is a dream. Jason is even getting excited just hearing about Lindsay’s hot costume for the Viking party, which is nothing short of adorable.

Lindsay confides in Julia later. “I lay in bed with him and I’m just like, is this fucking for real? I think he’s so sweet, he’s so genuine and just want to make sure that’s actually the case. I wanna like, bring him home to my apartment back in the city.”In the preview of the next episode, she even tells her husband. “I’m trying to kidnap you to bring you home with me,”She also tells her friends. “I’m gonna have to fuck him tonight,”Before we see some spicy footage

So, are they currently dating? Last week, Lindsay, who was on Watch What Happens Live with Andy Cohen last week, said that she was single and danced around questions about possible relationships with her Summer House co-star Carl Radke. While gossip sites and Instagram sleuths claim the pair are together, neither has confirmed it. We’ll stay tuned for the official answer and in the meantime, distract ourselves by thinking about Jason’s abs…and below.