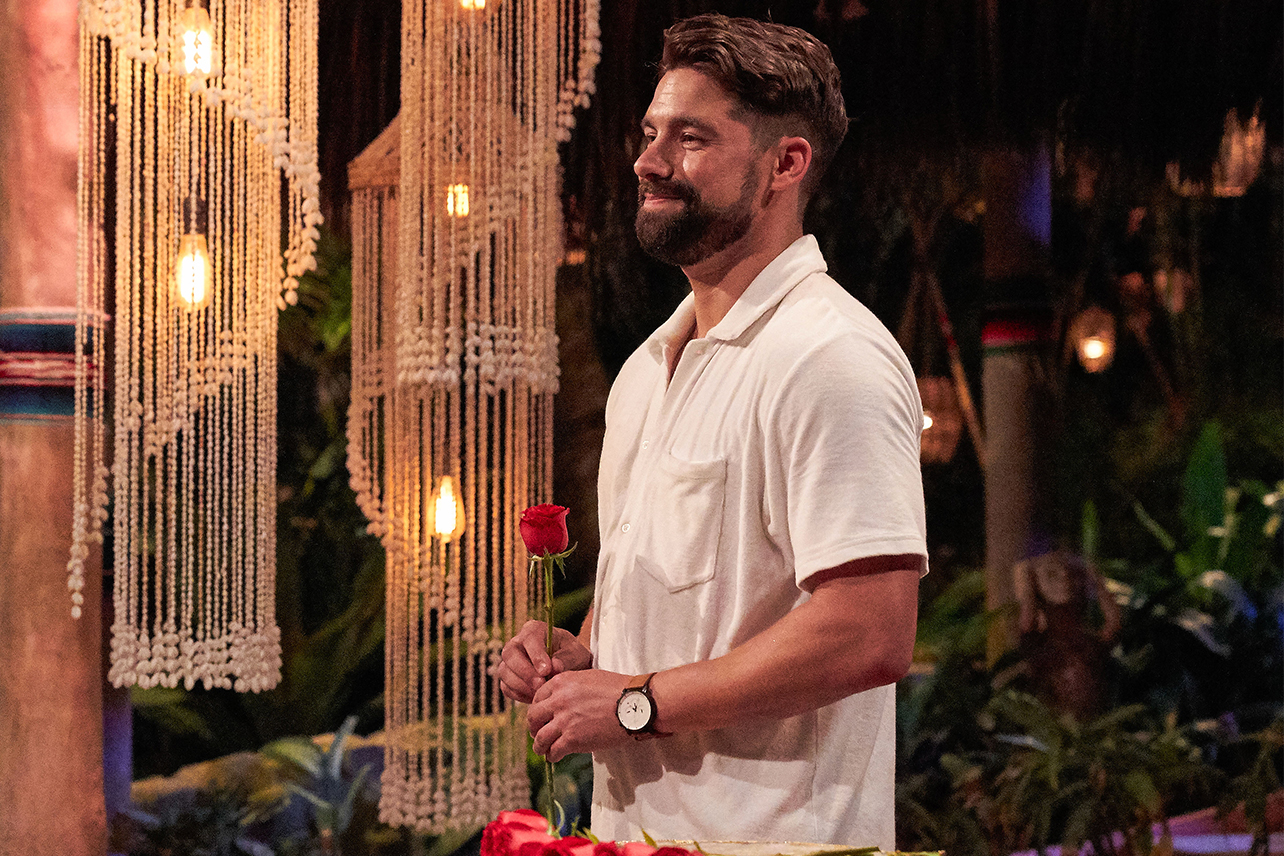 Bachelor in Paradise is as chaotic as ever, and Episode 3 featured the first rose ceremony of the season. Several contestants went home, a number of newbies (and some Paradise alum) arrived at the beach, relationships were tested, and surprising new connections were formed.

Wondering what went down during Bachelor in Paradise Season 8, Episode 3’s rose ceremony? Who went home? Who joined the cast? Who snagged a date card? And who’s coupled up ahead of next week’s episode? We’ve got you covered. But be warned, spoilers for Episode 3 are ahead.

The men had the roses this week, which meant three women would be going home.

Here’s a breakdown of which contestant got each man’s rose:

The three women who didn’t receive a rose — and thus, headed home — were Kira Mengistu, Hunter Haag, and Hailey Malles. But towards the end of the episode, Teddi Wright also self-eliminated after realizing her connection with Andrew wasn’t strong enough. Next week, the women have the roses, so the men will be in danger of packing their bags. But this week reminded us that anything can happen on Paradise, and nothing is guaranteed.

Photo: ABC/Craig Sjodin
Who Joined the Bachelor in Paradise Cast in Season 8, Episode 3?

There were FIVE new Paradise arrivals in Season 8, Episode 3. But two of them weren’t current competitors. The episode opened with two very special guests, Paradise mom and dad Ashley Iaconetti Haibon and Jared Haibon (aka Mr. Ashely I). After a wild ride and many tears (mostly from Ashley) the two past contestants married and now have a baby boy. Why are they back? They’ve kindly offered to advise and comfort this season’s group of contestants, and also they clearly want to take a vacation, bask in the beauty of their old beach, and eat some quesadillas.

Because the women have the roses this week, the show obviously had to introduce a few new single men. First up? Best bros Aaron Clancy and James Bonsall, who famously left Paradise together.

BIG FACTS: They’re back on the beach with a double date card. But they weren’t the only new men introduced this episode. Rodney Matthews also came down the stairs with a date card. And as promised, previews from next week’s episode show the highly-anticipated arrival of Salley Carson.

Who Went on a Date On Bachelor in Paradise Season 8, Episode 3?

Aaron asked Genevieve out, and she accepted. And James asked Shanae out, who also accepted. The double date was off to a dramatic start, since Genevieve and Shanae were essentially enemies on Clayton’s season and went on a horrible two-on-one together, but their Paradise outing turned out positive and drama-free.

Towards the end of the episode, Rodney also came in with a date card, and though he showed some interest in Jill he ultimately decided to ask Teddi out. The only issue? Teddi had just said goodbye to Andrew and left the show without telling anyone else. The episode wraped with the contestants giving Rodney the bad news, and him looking lost and unsure of who to date.

Who Are the Couples on Bachelor in Paradise Season 8, Episode 3?

Heading into Week 3, there are a few rock solid couples, messy love triangles, and potential sparks. Here’s the breakdown of the noteworthy romantic connections ahead of Episode 4:

Kanye West met with Vogue editor after 'White Lives Matter' backlash
The Sahara desert was filled with vegetation in ancient times, this was the closest thing I could find to a physical map