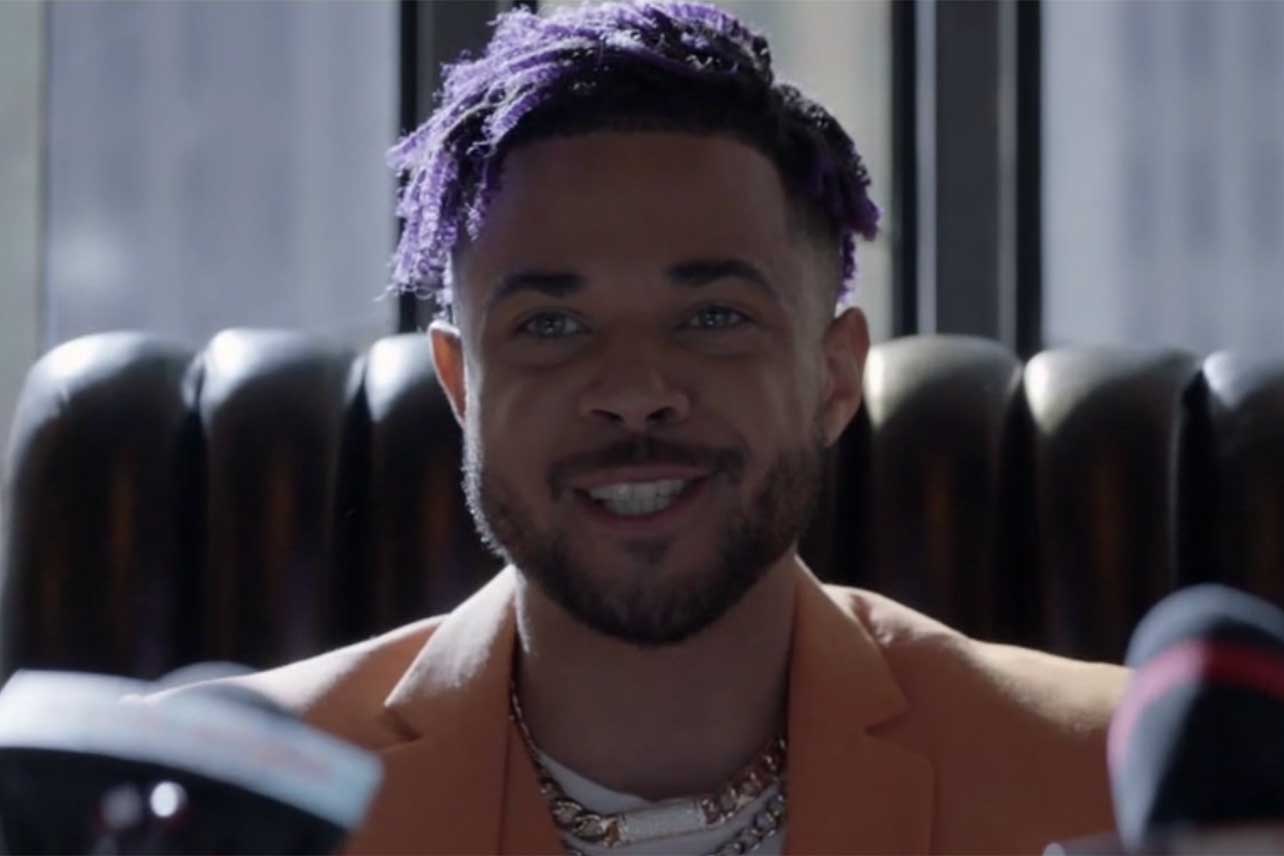 Spoilers for the Batwoman Season 3 Mid-Season Finale, “Pick Your Poison”You can go beyond this point.

A lot of the pre-episode focus of this week’s episode of Batwoman was on the reveal of Nicole Kang’s version of Poison Ivy, something that doesn’t happen until the episode’s closing minutes. All that good-sounding noise was hiding a huge villain reveal. The show is still playing coy with this reveal, true to its M.O. of Batman’s arch-nemesis. But in case it wasn’t clear before, it is now: Marquis Jet (Nick Creegan) is the show’s new version of The Joker.

“We were admittedly shocked and thrilled to be able to bring The New Joker to life on Batwoman,”Caroline Dries, showrunner, stated in a statement to Decider. “Nick brings the perfect level of humor, unpredictability, and ruthlessness to the part. Just when the Bat Team thinks they have a handle on their problems, Marquis is going to unleash a level of mayhem Gotham City hasn’t seen since Batman’s reign.”

It’s a little bit of a surprise that they’d even go there, since Alice (Rachel Skarsten) has been the de facto Joker to first Kate Kane (Ruby Rose), then Ryan Wilder (Javicia Leslie) since Season 1. But with Alice on a sort-of path to redemption this season (though she’s certainly helping Kang’s Poison Mary with her own villainous evil-ution), that does leave Gotham City wide open for another master villain. That’s Marquis, whose rise as the new Joker of Gotham means very bad things for Team Batwoman.

In fact, Marquis’ new status quo was teased a few episodes back on “A Lesson From Professor Pyg”, when his mother Jada Jet (Robin Givens) told Ryan — who is her biological daughter — that Marquis has never been the same since The Joker used a joy buzzer on his head during an attack back when he was a kid. Though he’s done a relatively good job of hiding it, Marquis is a sociopath. Marquis killed Pyg (Rob Nagle) and returned home with a Joker-like smile on himself.

But this week’s episode puts a finer point on it. Jada tried to cure Marquis’s more violent tendencies using some cryo-therapy modified off Mr. Freeze’s technology, but it didn’t work. He broke out, killed many people, attacked Luke Fox (Camrus) and violently overtook Wayne Enterprises from Ryan.

At the end of the episode, as everyone watched on TV, Marquis gave a speech to the assembled press about what he’s going to do next for Gotham City, and Wayne Enterprises. The key point? He wants to put a stop to the violence. “smile” on everyone’s face, a Joker turn of phrase if there ever was one. And though he’s not chalky white, his face definitely seems to have taken on a lighter pallor, and his hair is now died purple, a la The Joker’s iconic suits.

It’s an interesting twist given the current plot of the series, which has found Batman’s trophies from past villains let loose in Gotham, leading to a new generation of baddies. We’ve seen Mad Hatter’s hat, Killer Croc’s tooth, Mr. Freeze’s weapons and Poison Ivy’s vines lead to the creation of new riffs on old bad guys. Marquis is a different story. His evolution began years ago and is only now coming to fruition. Chances are it’s not because one of The Joker’s wonderful toys got into his hands and kick-started this change; rather, it’s Ryan Wilder entering his life, the lost sister making him jealous and bringing out his true nature.

It also shows how open DC and Warner Bros. are about using characters such as The Joker (even though it is a new riff). Back in the day (i.e., two years ago), Gotham on Fox had to repeatedly dance around whether Jerome (Cameron Monaghan) was, or was not The Joker, even though it was clear he was. Here, as Dries notes, it seems like Batwoman just got to use the character in a fresh, new way.

This plot twist is also very similar to season one’s, when Alice was up against Kate, her sister. Ryan now has a villainous sibling to deal with. The question is: Will she go as far and kill her arch-enemy as Batman? Even if her brother is her enemy? We’ll just have to find out when Batwoman returns January 12 on The CW.

Where to watch Batwoman