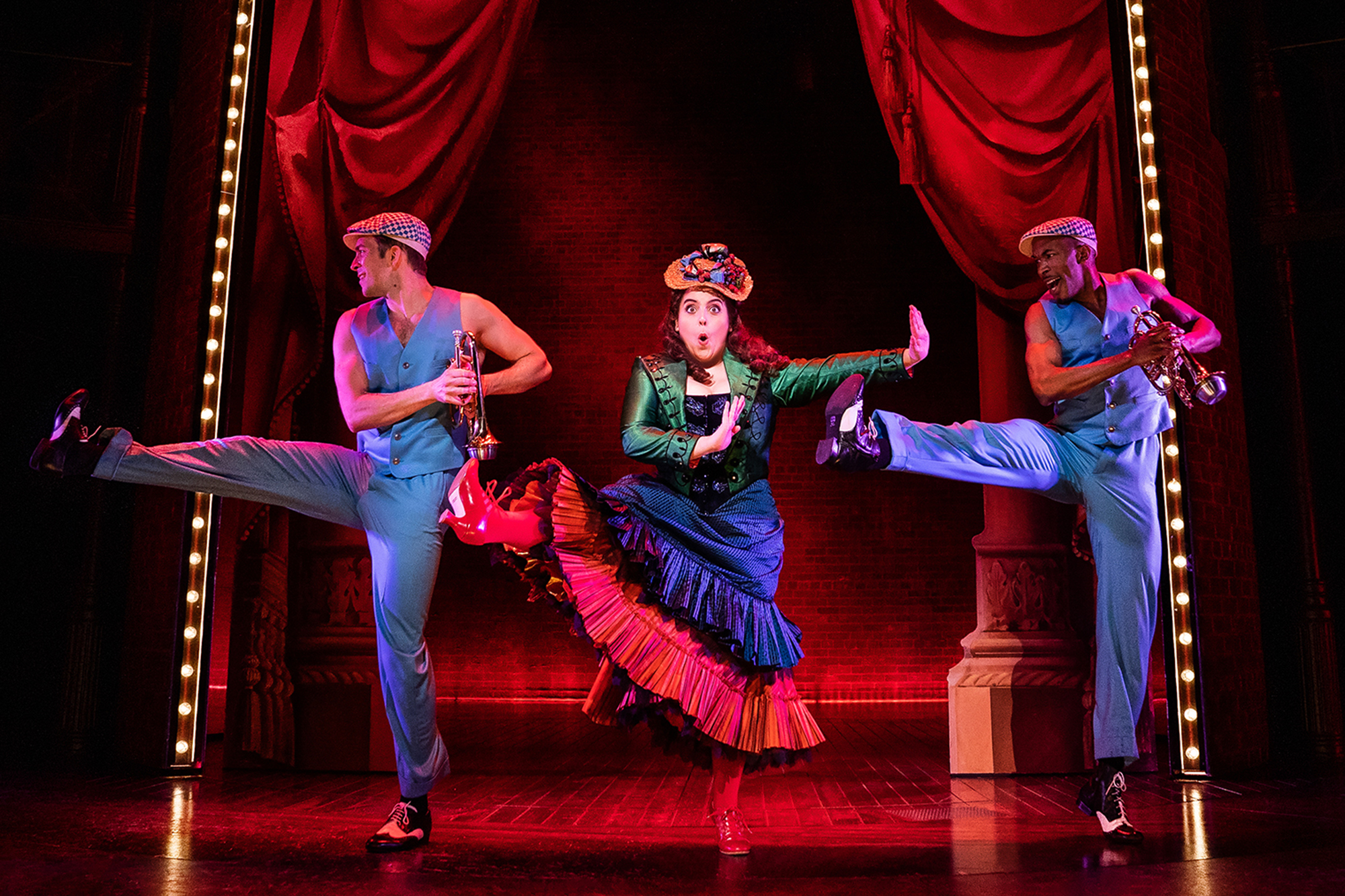 Two hours and 50 minutes with one intermission. At the August Wilson Theatre, 245 W. 52nd St.

The audience members at “Funny Girl” are not the luckiest people in the world.

They’ve waited a long, long time for the first-ever Broadway revival of the 1964 musical, which opened Sunday night at the August Wilson Theatre. Fifty-eight years! But the mediocrity that salivating Fanny Brice fans are finally laying their eyes on isn’t particularly funny, or well sung, or well designed or well directed. This sorely lacking new production rains on the old musical’s parade.

It’s clear from the get-go that the burden of anticipation and showbiz lore has not been kind to this “Girl.”

The last woman to originate the role of Fanny in a Broadway staging was, of course, Barbra Streisand. That talented ingénue was quickly propelled to superstardom and went on to act in the 1968 film version. And, you know, sold more than 70 million albums.

Now Beanie Feldstein, who was a smash as Monica Lewinsky in “American Crime Story: Impeachment” last year, takes on the Brooklyn comic legend who sings classic hits like “People” and “Don’t Rain On My Parade.” She is supposed to steal our hearts and sprain our funny bones. No dice.

Ticket-buyers are walking in forgivingly, with an understanding that we don’t expect any Broadway performer to match up to one of the greatest American vocalists of all time. Feldstein, however, barely muddles through the beloved songs. The best performed numbers (“Sadie, Sadie”) are merely capable; the worst (“People”) are awkward letdowns. In the spoken scenes, the jokes are pushed harder than a broken-down Hummer on a highway and few of them earn more than polite giggles. Feldstein is, I’m sorry to say, not giving a Broadway-caliber performance.

Barbra Streisand (center) originates the role of Fanny on Broadway in 1964 and went on to star in the 1968 film version. Everett Collection

Fanny has nowhere to hide in “Funny Girl,” since it’s about as far from an ensemble piece as you can get without being a one-woman show. There are only a handful of supporting characters, who do next to nothing. Just Jared Grimes brings a smile to our face as Eddie, a pal who pines for Fanny, with his marvelous tap dancing. Really, though, the musical is all about Fanny, and therefore all about Beanie.

The biographical show with music by Jule Styne, lyrics by Bob Merrill and a book by Isobel Lennart tells how Fanny went from a talented, under-appreciated Brooklyn dreamer with a nagging mother (Jane Lynch, adequate) to starring in the Ziegfeld Follies and then to international fame. She also falls in love with Nick Arnstein (Ramin Karimloo), who’s a discreet drinker and gambling addict.

Karimloo is a serviceable actor, but a glorious singer. When he starts to croon a short reprise of “People,” we silently beg him to do the whole thing.

The musical’s dark side has always fashioned it into a less dramatic and compelling “A Star Is Born.” The second act — the script has been revised by Harvey Fierstein — is a depressing slog about a strained marriage and Nick’s slide into criminality. Styne’s famous score and the far more enjoyable movie have convinced Broadway buffs that “Funny Girl” is better than it actually is.

That said, the revival could be a whole lot better than the uninvolving stroll that director Michael Mayer has turned it into. High jinks, romance, heartbreak, Brooklyn, Broadway and Monte Carlo are all liquified into a tasteless goo. There’s hardly any variation to be found. Showstoppers don’t stop the show. Fanny and Nick grow on paper, yet they flatline where it counts most — live onstage.

The actors’ efforts — to Feldstein’s credit, she is clearly working very hard — are further undone by David Zinn’s set: a brick-lined Pringles can that repeatedly opens and closes to reveal red-velvet curtains, or a dressing room, or a stately house. It’s the stuff of coupons. The glam of showbiz is never brought to dazzling life, and we spend too much time staring at red bricks and dirty mirrors.

From top to bottom, this “Funny Girl” needed different people.