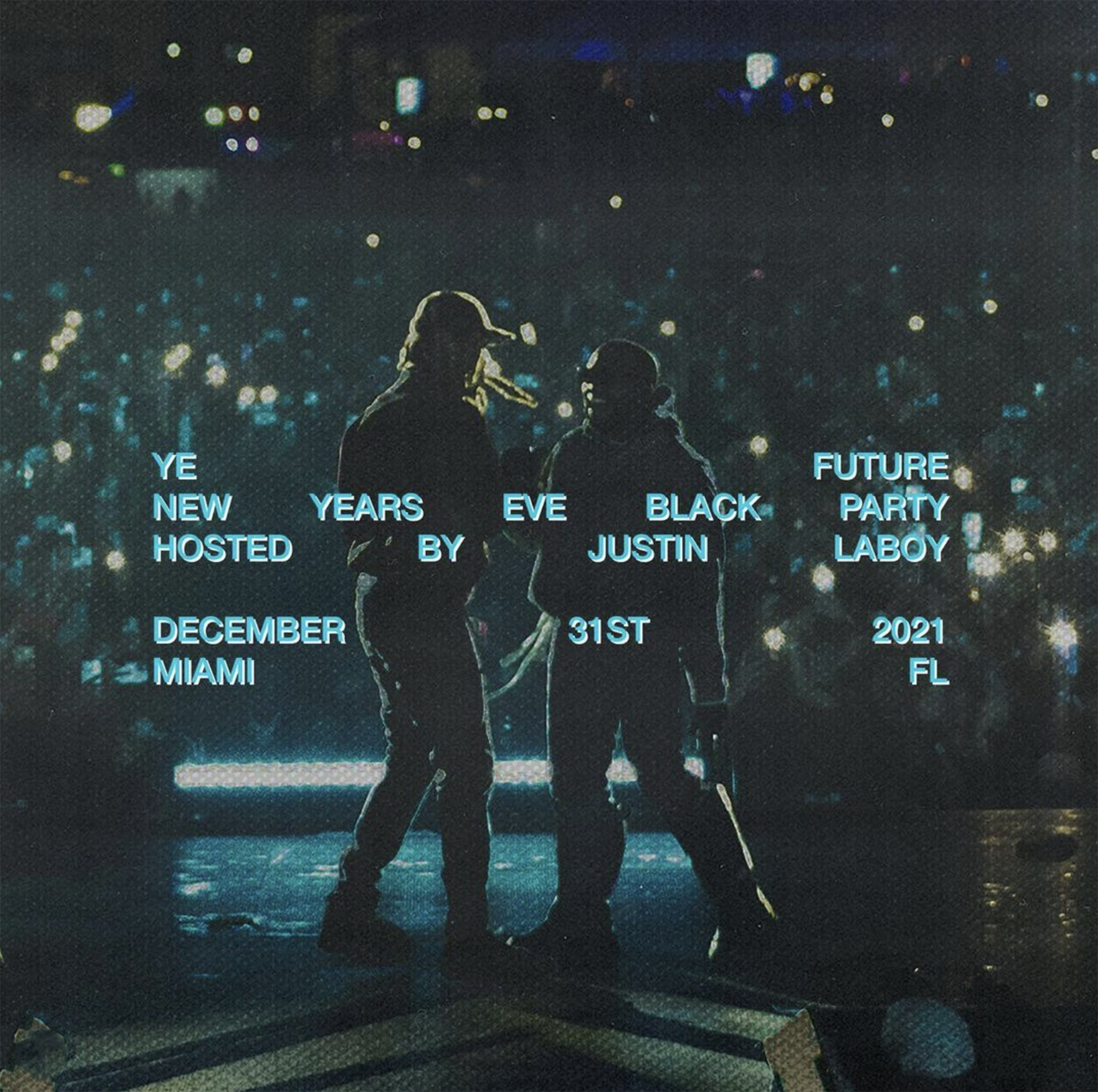 Kanye West hit Miami for New Year’s Eve at the last minute — and there was even word that the rapper was planning a last-minute concert of his own.

The rapper now known as “Ye” posted an image on Friday announcing a “New Year’s Eve Black Party” in Miami, which included a pic of himself onstage with rapper Future — leading to reports he’d put on a live show at an undisclosed location.

But a source told us: “His team called everyone in Miami asking if they had a location to do a concert. At 6:15p.m. on NYE. People just went back to their glass of Champagne.”

Another source told us that wasn’t the only snag. “He wanted such a big group, like 50 or 60 people,” said the insider. “A lot of places just didn’t have the space.”

A source tells us West wound up hanging out — but not performing — at a new club called Game Changers along with Future, Quavo and French Montana.

A video clip showed a smiling West getting on the mic for a moment.

The “Gold Digger” rapper was also reportedly at P. Diddy’s Star Island manse at some point during the night.

And as with all great starry nights in Miami — things ended with breakfast.

Yet another source told us that West stopped by retro diner Big Pink at 6a.m. — but it was already closed.

“There were still a few people working when Kanye and two or three bodyguards showed up,” said the source. “They were closed, but he was saying he was really hungry, and so a chef made him bacon, eggs, and waffles — and they brought it to his car to go.”

A day before he hit Miami, West was in Belize with music exec J Prince and rapper-turned-local politician Shyne Barrow.

“Welcome to BELIZE my brother,” Barrow posted on Dec. 30 along with a picture of West at the airport.

Barrow also posted an image of the duo in the water with the caption, “Kanye is the creative genius of geniuses and I’m beyond grateful that we were able to stand in the heavenly Belizean Ocean and talk about how he will use his genius to contribute to the development of Belize like never before.”

A source told us of West: “He has amazing news coming in 2022 on all fronts. It’s going to be a spectacular year for him, so he decided to come back to the US and celebrate.”

Before hanging with West in Miami, Future was spotted with a group of 30 friends at Mr. Hospitality’s Asian fusion restaurant Marion. “They were carrying parades of Dom Perignon back to a private dining room,” said an eagle-eyed diner at the Miami hotspot.