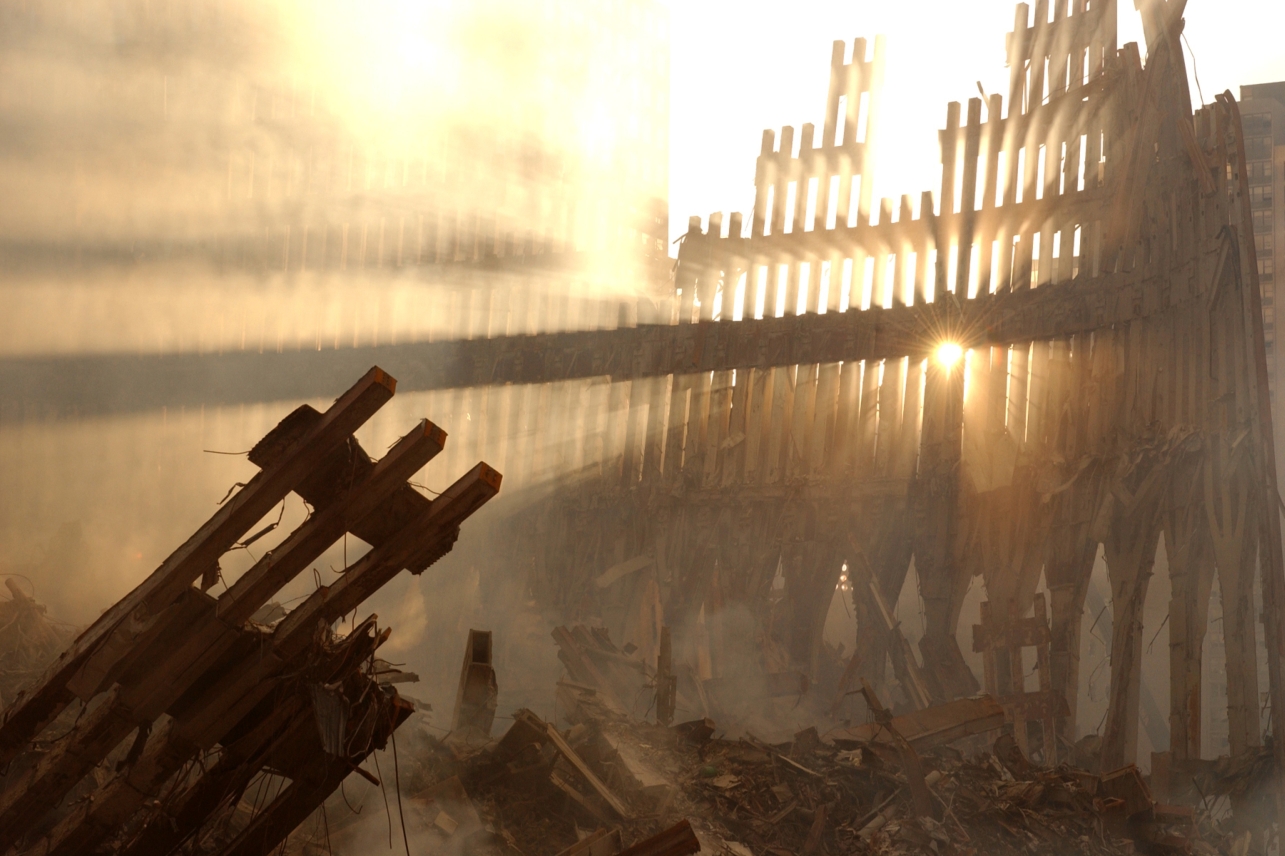 For some people, anything having to do with 9/11 requires a trigger warning, while others find it helpful to examine what happened on one of the most significant single days in American history. On the eve of the 21st anniversary of the 9/11 attacks, several filmmakers have released new films or docuseries, some providing new interpretations and perspectives on the day itself, such as 9/11: Minute By Minute, an in-depth look at everything we know to have happened that day in excruciating detail. Others take a look at the stories that revealed themselves in the aftermath, such as Generation 9/11, a PBS film that introduces seven young people, all born after the attacks, whose fathers were all killed on that day. And, while the events of 9/11 have also been recreated by Hollywood, the Netflix film Worth, which is based on a true story, is a dramatization of the real-life events that occurred when lawyer Kenneth Feinberg sought compensation for the families of the victims of the attacks.

Whether you want to understand the details of the tragedy or feel some sense of optimism thanks to those who have endured the grief and created something positive from their loss, there are plenty of things to watch about this unforgettable day.

The events of the morning of 9/11 happened quickly, and yet so much happened in the course of several timelines. The four airplane attacks that were carried out, and the events that followed through the course of the day are documented literally minute by minute using archival footage, newsreels, official recordings from the FAA and military, and first hand accounts in this riveting documentary.

Watch 9/11: Minute By Minute on iTunes

After the 9/11 attacks, The Daily Show‘s Jon Stewart became an advocate for the first responders who put their lives on the line and unknowingly jeopardized their health and would eventually become terminally ill after being exposed to toxins at the site of Ground Zero. Stewart, along with activist John Feal, went to Washington to fight Congress for compensation for these workers, and this is the story that unfolded over five long years.

Where To Watch No Responders Left Behind

Nat Geo’s One Day In America might be one of the more triggering and emotional documentaries on our already triggering and emotional list, but as with any doc that features footage from the day, it proves just how brave our first responders were. The film is full of footage like New York City firefighters entering the towers after receiving word of jet-fuel-ignited blasts from within the buildings and, knowing what we know about day’s timeline, it’s incredibly moving and upsetting to watch footage of these men and women as they entered buildings where their deaths were certain. Told from firsthand accounts of those who were either on the scene or directly affected by the tragedies in New York, D.C. and Pennsylvania, it’s a gut-wrenching watch that still manages to offer slivers of hope.

Netflix’s new 5-part docuseries, Turning Point, looks at the before, during, and after of 9/11. In an attempt to understand the attacks, the show looks at events that led up to the fateful day beginning in 1979 with the Soviet invasion of Afghanistan, as well as at the global response to the attacks on the day of, and the aftermath, including the subsequent surveillance programs the U.S government employed in response.

Watch Turning Point: 9/11 And The War On Terror on Netflix

This History Channel-produced doc digs into the ten year search for the mastermind behind the 9/11 attacks, Osama Bin Laden. With cooperation from the 9/11 Memorial & Museum, the film tracks the search for the leader of al Qaeda and the raid by Seal Team Six on his compound. Think of it as Zero Dark Thirty, but with the real people involved.

Where to Watch Revealed: The Hunt For Bin Laden

After 9/11, filmmakers David Belton and Bjørn Johnson created a production booth where people who has firsthand stories to tell about where they were and what happened to then on 9/11 could share their memories. 9/11 affected millions of people, and this is but a small sampling of how the day affected “regular” people. Their stories are  moving and affecting, set against a stark backdrop inside this “memory box” where they were filmed in solitude, remembering how they felt on and after that day.

Directed by Spike Lee, this new four-part HBO Max docuseries examines the ways in which New York City has played a role in everything from 9/11 to the COVID-19 crisis and the January 6 insurrection. The fourth installation of the series which comes out on September 11, 2021, was recently re-edited by Lee after he received criticism for including the opinions of 9/11 conspiracy theorists.

Worth officially debuted at Sundance in 2020, but is finally being widely released by Netflix to coincide with the 20th anniversary of 9/11. The film, based on a true story, is a drama about real-life lawyer Kenneth Feinberg, who oversaw the September 11th Victim Compensation Fund; he’s played by Michael Keaton, the film also stars Stanley Tucci, Laura Benanti, and Amy Ryan.

Watch Worth on Netflix

President Bush’s response to 9/11 was widely criticized at the time (cut to him finding out about the attacks, but famously insisting on reading to a classroom of children instead of mobilizing immediately). AppleTV+ and the BBC co-produced Inside The President’s War Room, narrated by Jeff Daniels, which tells the story of what happened during the 12 hours after the attacks as Bush, Dick Cheney, and their advisors panicked and raced to make decisions that would affect their own lives and the lives of millions. The film also features never-before-seen interviews with the President and his cabinet as they look back on the day.

Where to watch 9/11: Inside The President’s War Room

Thousands of families lost loved ones on 9/11, and PBS’s new documentary Generation 9/11 follows seven young people who all lost their fathers during the 9/11 attacks. These were children who never even knew their fathers, as they were all born after the attacks occurred. Now, 20 years later, they are young adults whose identities were forged by their losses, but also by the shifting political and social landscapes within the country.

Where To Watch Generation 9/11

Finally got to use these snake stickers ...
Carnegie Mellon mum on discipline for Uju Anya over Queen tweets