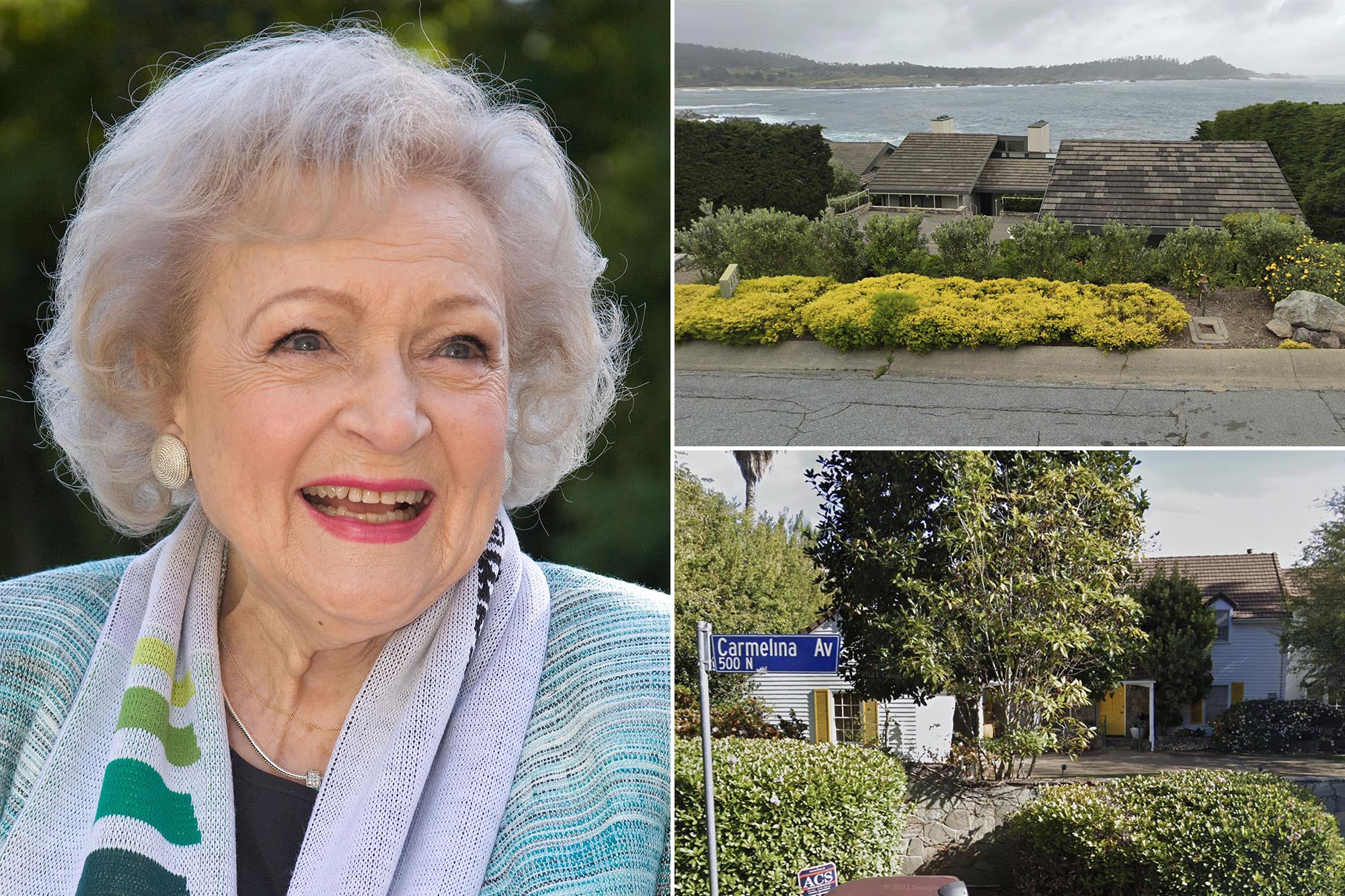 Home isn’t always where the heart is.

Betty White spent her final years in a home she didn’t really want to live in, The Post can report.

White, who passed away on Friday morning, lived in a five-bedroom, six-bathroom Brentwood home, located in West Los Angeles.

But if the trailblazing actress had it her way, she would have remained at her longtime marital home in Carmel, which she first built with her late husband, Allen Ludden, when they bought the land in 1978.

“She never wanted to leave her home in Carmel, but was forced to for at-home care,” a source told The Post. “Los Angeles was more accessible.”

“If she had it her way, Betty would’ve lived and died in that home [in Carmel]. It’s the home she shared with her husband, it’s where she felt more comfortable.”

Ludden, her third and final husband, passed away from stomach cancer back in 1981.

Mike Lopez of the Los Angeles Police Department told The Post, “Foul play was not suspected,” but that officers responded to a radio call Friday at about 9:30 a.m. concerning “a natural death investigation” at the Los Angeles home of the 99-year-old titan of sitcoms.

White was just weeks away from celebrating her 100th birthday on Jan. 17.

“The Golden Girls” actress, who originally hailed from the Chicago suburbs, moved to California in her youth, and grew up in Los Angeles.

The City of Angels is also where her story ended.

Her final home stands in the affluent neighborhood of Brentwood. Located at North Carmelina Avenue and surrounded by lush hedges, the home is modest — but still appears to have been an attraction.

With a white wooden exterior and yellow shutters, the 3,029-square-foot spread, built in 1952, stands on about three-quarters of an acre, according to Realtor.

White and her husband purchased the plot of land to build the charming abode for only $170,000 at the time, property records show.

Betty White in her kitchen in Carmel, California. YouTube

The Los Angeles lair, as well as her home in Carmel, were known to have stuffed-animal rooms. She had a lifelong love of real animals, but she mentioned her love for the stuffed variety in her book “If You Ask Me,” published in 2011.

“You won’t be surprised to learn that I love stuffed animals,” she wrote. “Both at my home in Los Angeles and at my house in Carmel there is a special room devoted to them, filled to capacity. I especially love the exotic ones — there is an anteater, a rhinoceros, a beluga whale, an armadillo, a bear — not a Teddy, a grizzly — the list goes on.”

What’s more, she even spoke to them.

“I never enter that room without speaking to the animals,” she wrote. “[I say], ‘Hi guys!’ And I never leave it without saying, ‘See you later. I love you.’ Out loud!”

“We were hoping she would make it to 100,” Michael Douglas, 37, of LA, told The Post while wearing a “Golden Girls” face mask. “She was so sweet and caring. She was America’s grandmother. I saw my grandma in her. Our parents grew up watching her, and then we grew up watching her shows. I’m just very sad.”

White held the record for the longest TV career of any entertainer, making her debut in 1939 when the medium was just an experiment and going on to appear as an actress, host and in-demand guest well into her 90s.

She’ll be best remembered for her scene-stealing roles in two pioneering sitcoms — as the promiscuous cooking show host Sue Ann Nivens on “The Mary Tyler Moore Show” in the 1970s and sweet-natured simpleton Rose Nylund on “The Golden Girls” from 1985 to 1992.

Initially, 63-year-old White (right) was expecting to be cast in the role of man-hungry Blanche Devereaux (played by Rue McClanahan, left), but the pilot director felt it was too similar to her character on “The Mary Tyler Moore Show,” so instead she was gifted with the loveably dim-witted Rose Nylund.
Touchstone Television

White was born in the Chicago suburb of Oak Park on Jan. 17, 1922, the only child of parents Tess, a homemaker, and Horace White, an electrical engineer.

The family moved to California a few years later — eventually winding up in Los Angeles, where the future star grew up in the shadow of Hollywood.

She started her acting career fresh out of high school — and made waves in showbiz ever since.Getty Images

In 1952, White co-created and starred in a Saturday-night sitcom called “Life With Elizabeth” — becoming one of TV’s rare female producers and earning her first Emmy nomination.

In the 1950s, White made history as the first woman to produce a show.Getty Images

She continued her pioneering roles both in front of and behind the camera with the short-lived NBC talk show “The Betty White Show” in 1954.

Some stations in the South threatened to pull the show off the air over the inclusion of African-American tap dancer Arthur Duncan in the cast, but White famously told them to “live with it.”

During the 1960s, White became a regular guest on TV game shows — where she met her third and final husband, “Password” host Ludden.

In 1973, the already popular “Mary Tyler Moore Show” was looking to cast the character of Sue Ann Nivens, described in the script as an “an icky-sweet Betty White type” — and ended up hiring the real thing.

“Golden Girls,” a sitcom about four older ladies, was an unlikely worldwide hit, running for seven seasons followed by the spinoff “The Golden Palace.”

The real-life home where the show was filmed sold for $4 million in 2020.

The sitcom about four older ladies was an unlikely worldwide hit, running for seven seasons and then followed by the spinoff “The Golden Palace.” Touchstone Tv/Whitt-Thomas-Harri

Several more short-lived sitcoms followed in the late 1990s, but as White traveled through her 70s and 80s, she carved out a prolific career guest starring on everything from “Boston Legal” to “30 Rock” — and even had a short stint on “The Bold and the Beautiful.”

Then began her reign as America’s Grandma. In 2010, White’s fans began a Facebook campaign called “Betty White to Host SNL (Please).” With almost half-a-million people signing on, she became the oldest person to ever host the show at age 88 and won her seventh Emmy for the performance.

She followed that up with six seasons on TV Land sitcom “Hot in Cleveland,” and hardly slowed down as she hit her 90s — hosting prank show “Betty White’s Off Their Rockers” and “Betty White’s Smartest Animals in America,” where she was able to tap into her lifelong love of animals.

“I’m just grateful to be working and that starts at the beginning,” White told The Post’s Michael Starr in 2018. “When you start out you’re so grateful to have a job . . . and you carry that feeling through your whole career. At least I have.”

Betty White shared one last message with her fans days before her death on New Year’s Eve. She said in a tweet that she was excited about her 100th birthday celebration to be held on Jan. 17.WireImage