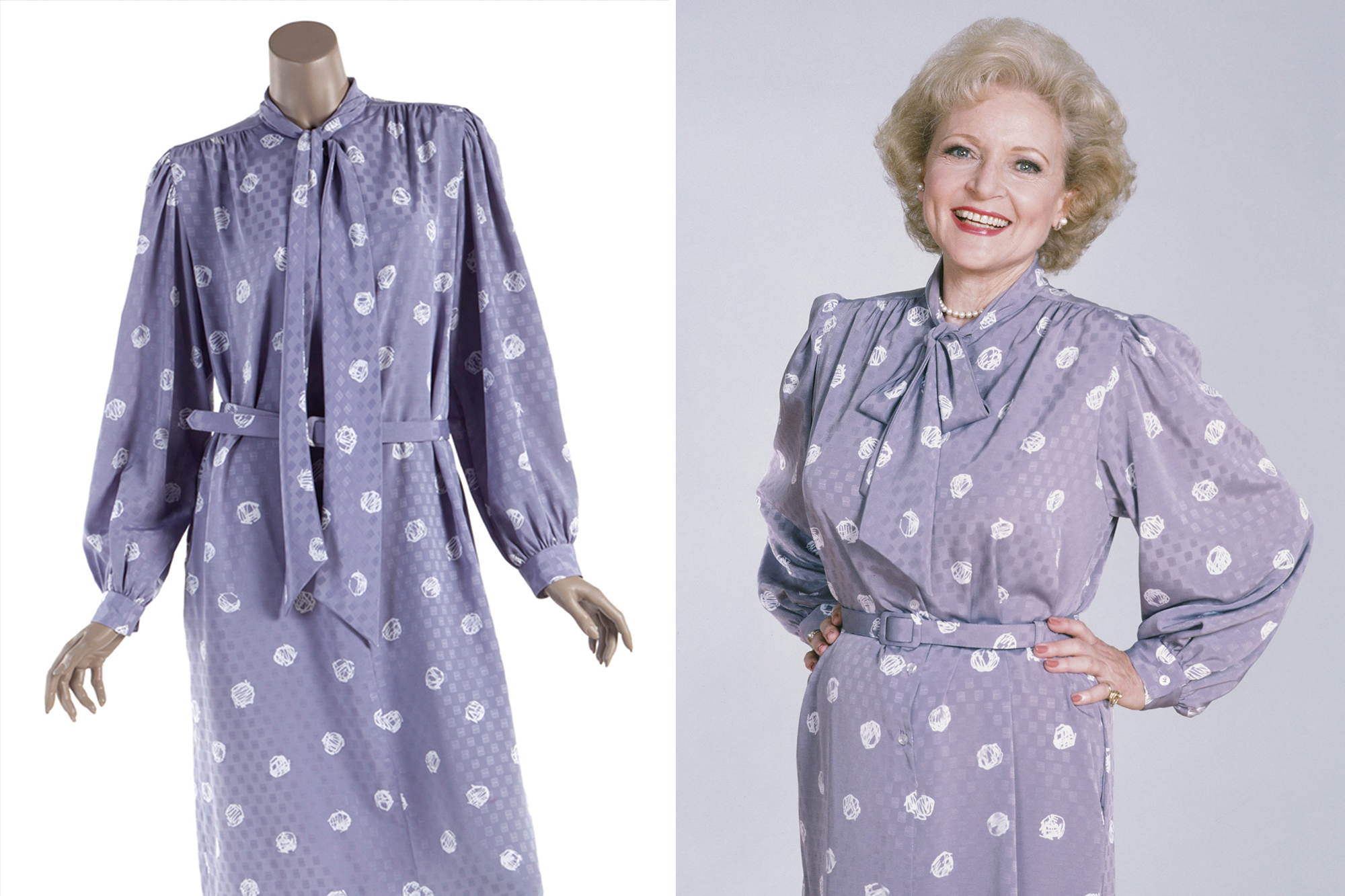 Now you can buy something from your “pal and confidant.”

Betty White’s estate is putting more than 1,500 items from “The Golden Girls” icon’s life and career up for auction this fall.

Julien’s Auctions is hosting a three-day event starting Sept. 23 in Beverly Hills (as well as online), where fans can bid on items, according to People.

Goods from the “Mary Tyler Moore Show” star’s life include awards, scripts, wardrobe and memorabilia from her TV shows and films.

Furnishings, artwork, jewelry and household and personal items from her homes in Brentwood and Carmel, Calif., will also be up for auction.

Her Brentwood pad was listed for sale late last month and was the home where she spent her last moments.

The icon’s wedding ring from her 1963 marriage to late husband Alan Ludden is starting at $600 to $800.Julien’s Auctions

“Betty passed in her sleep peacefully without pain. To me, this is the most important thing and brings me comfort as her dear friend. Anything else is private to Betty,” White’s longtime agent and friend Jeff Witjas said at the time of her passing.

White purchased the home in 1968 with her late husband Allen Ludden. Her wedding ring is one of the tokens being sold at the auction. The starting estimate ranges from $600 to $800.

Several objects from the “You Again” star’s “Golden Girls” days are up for bidding including her original director’s chair. White played Rose Nylund on the sitcom from 1984 to 1992.

A plethora of objects from White’s homes and career will be auctioned off starting Sept. 23.Julien’s Auctions

One of White’s iconic looks from “Golden Girls.”Julien’s Auctions

A lavender frock she wore in a 1986 publicity photoshoot, first-draft scripts from the show and a vintage brooch are also among the articles being auctioned off.

It was announced in April that White’s belongings would be going up for sale later this year.

White was nominated for an Emmy in 2011 for her work on TV Land’s “Hot in Cleveland.”Julien’s Auctions

The TV icon scored an acting Emmy in 1986 for “The Golden Girls.”Julien’s Auctions

“This is an auction representing an incredible life and career. It’s a lifestyle auction,” said Martin Nolan, the executive director of Julien’s Auctions.

“All these items came from her home in Brentwood or her residence in Carmel in Northern California, where she lived with her husband Allen Ludden,” he added.