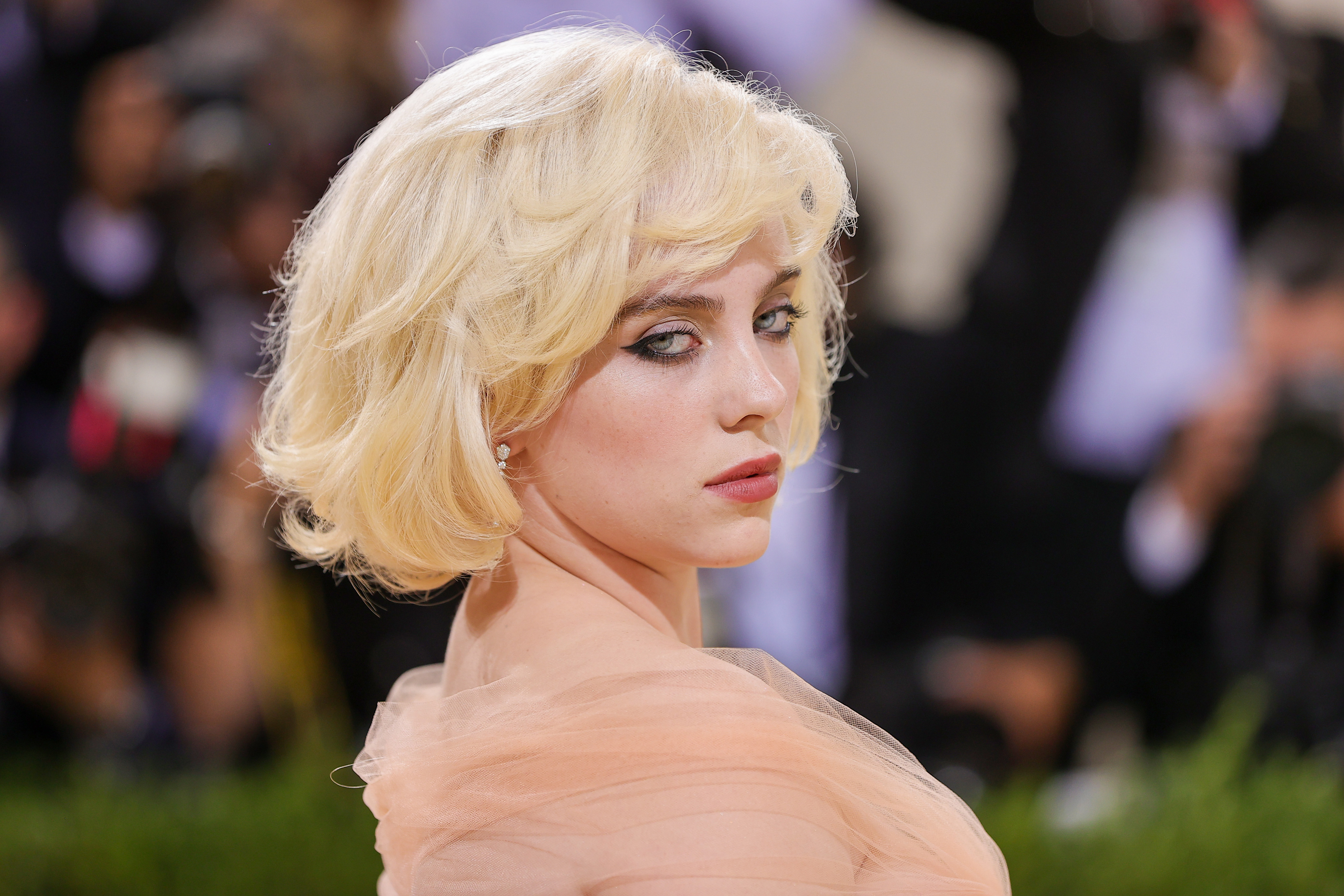 Billie Eilish is taking her style evolution to new heights on the Met Gala steps.

The pop star and 2021 Met Gala co-host hit the red carpet on Monday wearing a voluminous nude tulle dress with a dramatic train that required multiple people to aid her entrance.

She paired her princess-worthy Oscar de la Renta style with Old Hollywood-inspired makeup and 30-plus pieces of Cartier jewelry — the most anyone has ever worn in one sitting.

“Doesn’t it speak for itself?,” she told E! when asked about her outfit, adding that the look is “the first thing I’ve ever done in this realm at all.”

According to E!, Eilish required Oscar de la Renta to stop selling fur before agreeing to wear the brand.

She quite literally kept the dramatic outfit under wraps before hitting the red carpet, with several people carrying a sheet to shield her as she walked.

At 19, Eilish is making history as the youngest co-chair in the gala’s history. She’s sharing the hosting duties with Timothée Chalamet, tennis star Naomi Osaka, and poet Amanda Gorman.

“Eilish’s willingness to embrace an aesthetic as innovative as her music has pushed emerging brands into the limelight and challenged old rules about how a pop star should dress,” Vogue said in May.

While Eilish made baggy clothes her signature earlier in her career, she’s embraced a wider range of more glamorous looks in recent months, ranging from colorful corsets to a series of boudoir-inspired styles for British Vogue.

She also traded her signature neon green mullet for a platinum blond ‘do in March, ahead of her “Happier Than Ever” album release this July.

Although it’s the teen trendsetter’s first-ever Met Gala appearance, she’s no stranger to walking the red carpet. The fashionable fête comes a day after the VMAs, where Eilish sported an all-black ensemble.

In addition to taking home two trophies, she generated buzz by seeming to shading Jennifer Lopez when the “Dinero” singer took the stage for a surprise appearance. With sources telling us Lopez will be attending this year’s Met Gala, perhaps the two will run into each other on the steps.