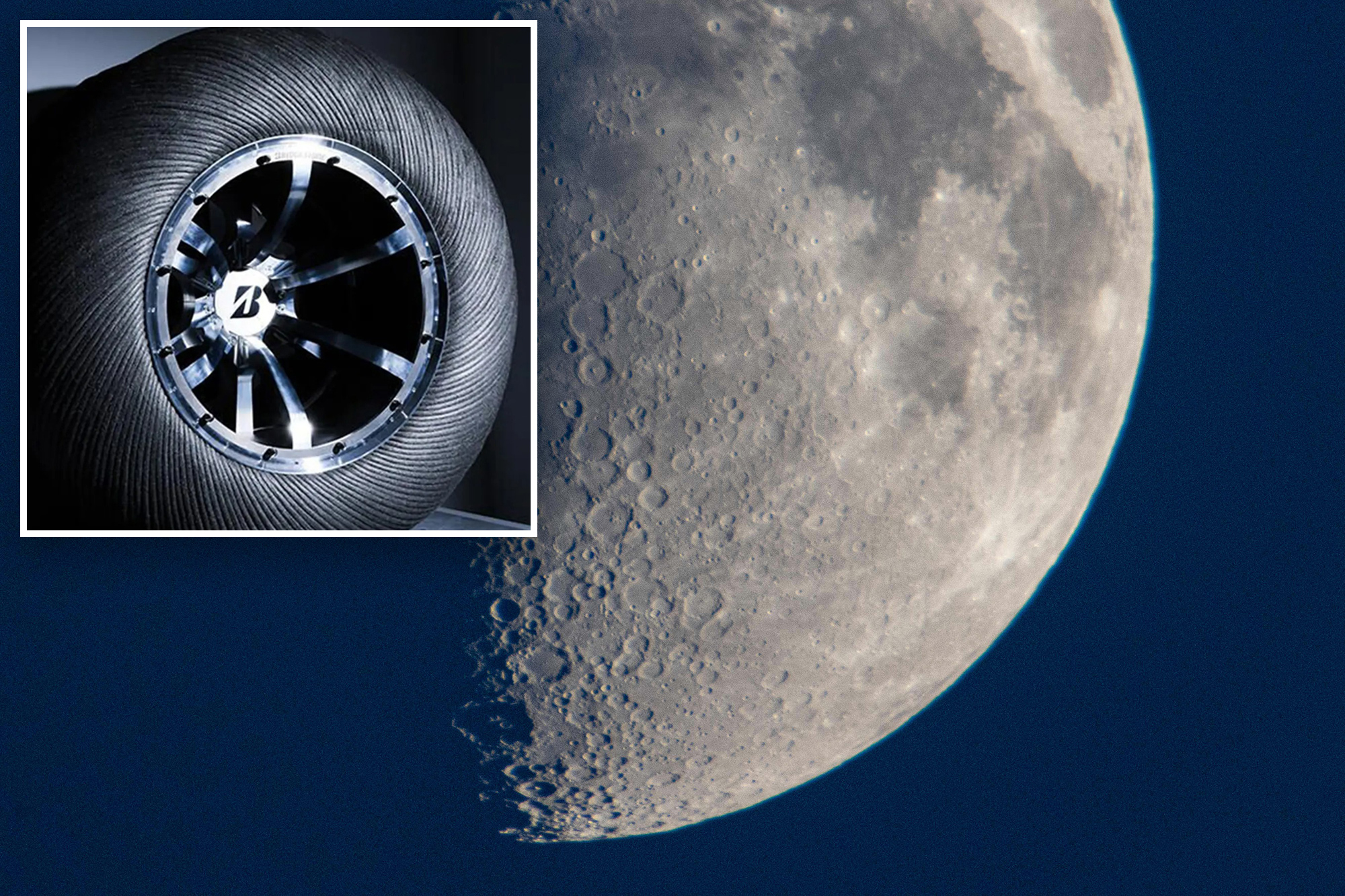 Bridgestone is designing a tire that’s out of this world.

The company has joined a team that includes Teledyne, Nissan North America, Sierra Space and Textron that is developing a Lunar Terrain Vehicle to support NASA’s Artemis program, which aims to return humans to the Moon by 2024 or 2025.

“This partnership helps further solidify the strength of our team and the durable vehicle that will be a product of its collaboration,” Scott Hall, President of Teledyne’s Engineered Systems Segment, said.

“The experience and reputation of Bridgestone is unparalleled and a tremendous asset for our vehicle in its journey to and on the moon’s surface.”

Bridgestone started work on a lunar tire concept in 2019 that will be made from metal alloys instead of rubber, much like those on the Lunar Roving Vehicles used during the Apollo program.

The airless tires will both avoid flats and be better able to handle the cosmic radiation and dramatic temperature swings they will endure on the Moon’s surface, which range from below -200 degrees to 250 degrees throughout the day.

The airless tires will both avoid flats and be better able to handle the cosmic radiation and dramatic temperature swings they will endure on the Moon’s surface.NurPhoto

A concept image of what the tires could look like has been released showing strands of metal wrapped into a toroid shape, but the design is preliminary and has not been finalized.

Whatever it ends up looking like, Bridgestone might not be the only one leaving tire marks on the lunar surface.

Goodyear is collaborating with General Motors and Lockheed Martin on competing lunar mobility vehicles they intend to send to the Moon to function as rentals for any mission that visits our celestial neighbor.

Astronaut Eugene A. Crenan, Mission commander, on the Lunar Roving Vehicle, Apollo 17 mission to the moon in 1972. Universal Images Group via Getty

Goodyear has some experience in this area as it developed the mesh tires used on the Apollo Lunar Roving Vehicle, but is exploring new designs this time around.

“Everything we learn from making tires for the Moon’s extremely difficult operating environment will help us make better airless tires on Earth,” Chris Helsel, senior vice president, Global Operations and Chief Technology Officer at Goodyear, said about the project.

NASA’s first attempts in August and September to launch the Artemis 1 rocket that will send a crewless capsule to orbit the Moon were scrubbed due to technical issues and the next attempt is currently scheduled for September 27.