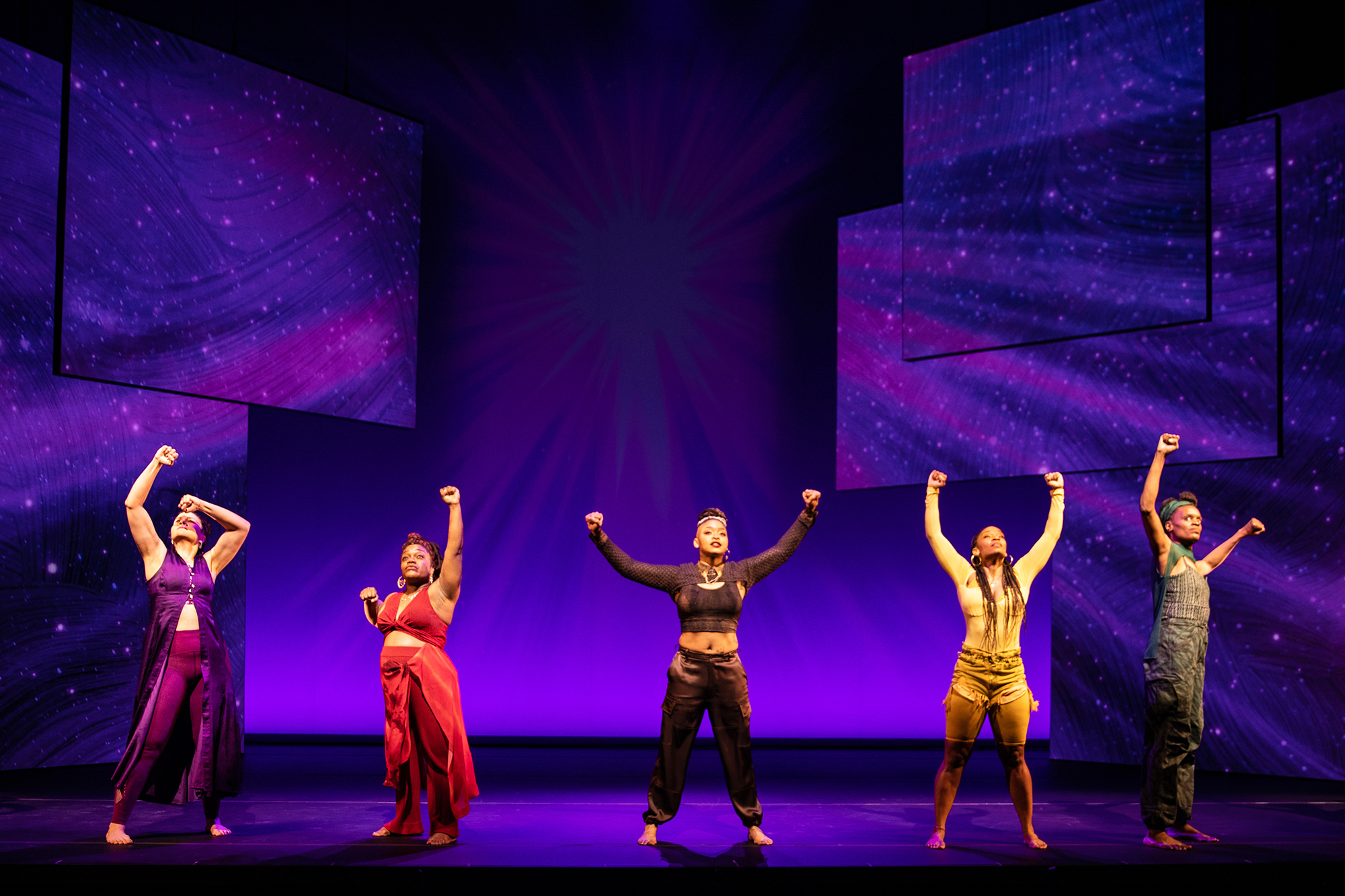 An awkward question nags at audience members during the play “for colored girls who have considered suicide/when the rainbow is enuf”:

Just how relevant is this show anymore?

The sluggish revival of the 1976 drama, which opened Wednesday night on Broadway, doesn’t make a particularly compelling case for its up-to-the-minute-ness.

The play comes across, unfortunately, as an antiquated time machine that’s at odds with the current conversation. Being a glimpse into a specific, different era would be OK — plenty of revivals fit that bill — but “for colored girls” seems awfully intent on speaking forcefully to the present moment. A strong connection to today, however, is nowhere to be found.

Although women’s suffering — the main topic — has sadly never gone away, the manner in which it’s discussed in Ntozake Shange’s work is uncomfortably antiquated.

For one, the poetry piece, which has been widely acclaimed through the years, is built around an old-school feminism that’s dependent on women loudly railing against men.

The seven black women onstage, each named after a color, give imagery laden speeches that are often about their traumatic experiences with rapists, murderers, alcoholics, cheaters and other jerks. Good guys are nearly impossible to find. The descriptions of the black men the characters encounter now read as extremely stereotypical.

Shange also writes in a you-love-it-or-you-don’t style that has women tell us their stories of parties, dates, sexual experiences and more. These are expressive monologues, not enacted scenes, and it’s easy to get lost in all the rhythm and description. Some of them are downright sedate, and make you glaze over.

The liveliest sections of the production are non-verbal. Director Camille A. Brown’s brightly choreographed dance transitions brings celebration to a play that’s often a sequence of airing of grievances, although it has its funny bits.

There is a triumphant power in the women’s movement to music that draws us in spectacularly. That’s because, unlike the play, the dance is new and fresh.