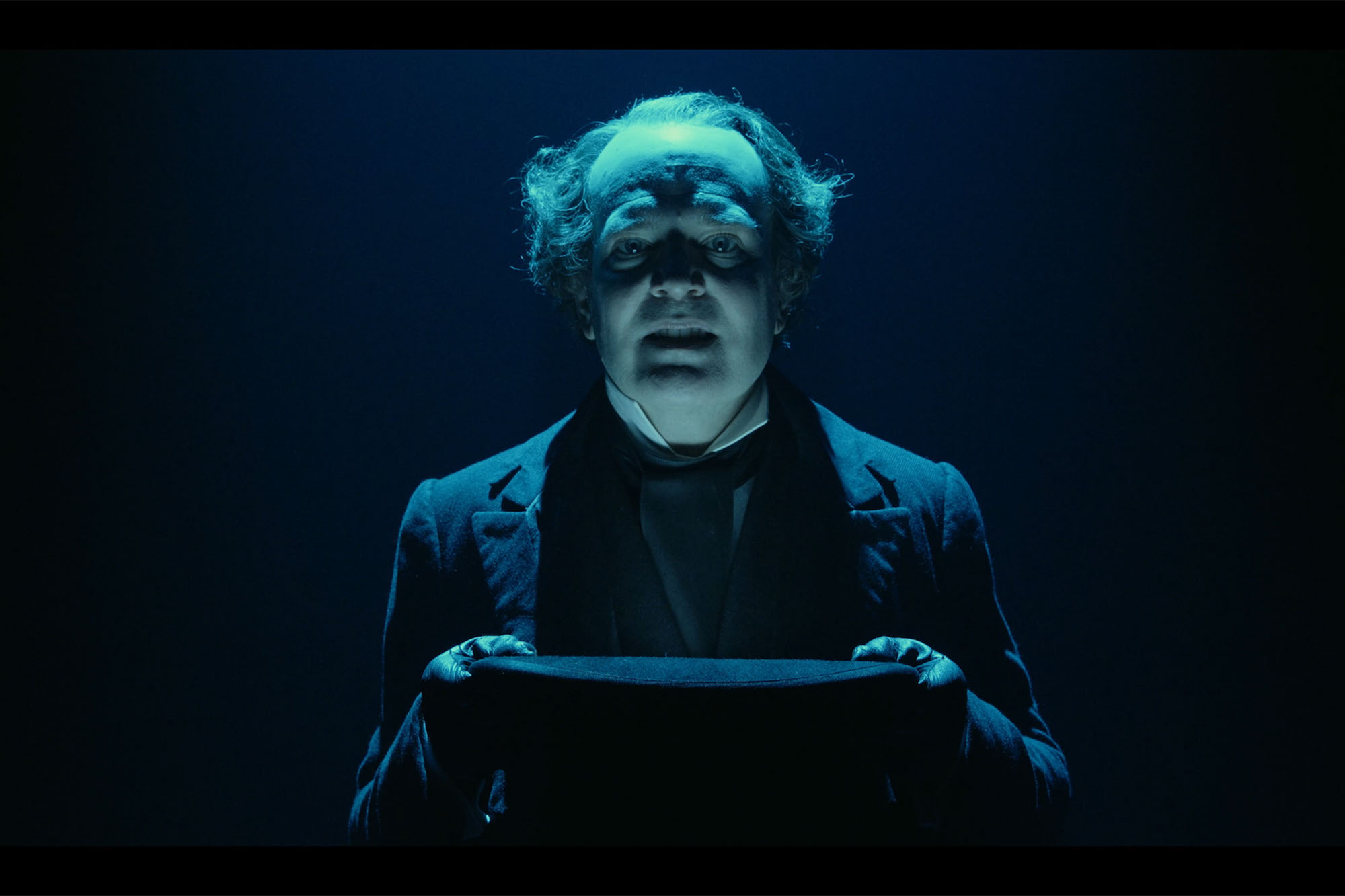 The most illuminating take on Charles Dickens’ “A Christmas Carol” in a while is, for the first five minutes, lit by just two small candles.

Director Michael Arden’s crackling version, which opened Monday on Broadway, tends to be a staging of ones and twos. One actor, Jefferson Mays, plays almost every role and only a couple pieces of furniture are onstage (Dane Laffrey is the set designer) at any given time.

One hour and 35 minutes, with no intermission; At the Nederlander Theatre, 208 W. 41st St.

What’s so striking about this streamlined “Carol,” though, is the grandeur it manages to summon with simplicity — and how brisk the show is in every sense of the word.

Dickens’ tale of Ebenezer Scrooge transforming from miser to wiser is trudged out around the country every year in dusty productions that bring to mind old stagings of Puccini operas that endure long past their director’s death. Usually schlepping to “A Christmas Carol” is like going to a church service where you have to pay for the wine.

Not this time. What’s on Broadway right now is livelier but not modernized, per se. The rapid-fire adaptation by Arden, Mays and Susan Lyons is still firmly Victorian in approach, yet has vitality and renewed stamina — as though Scrooge has been downing a green smoothie every morning in preparation for his big night.

Mays’ manic energy is exactly what ‘neezer needed. The actor specializes in playing multiple parts, and did so to acclaim in “I Am My Own Wife” and “A Gentleman’s Guide to Love and Murder” on Broadway. He’s eccentric and creaturely, and can be believably high or low class with a snap of the fingers. For Mays, embodying enormous Dickensian characters such as Mr. Fezziwig and the Ghost of Christmas Present isn’t a stretch. I mean this as a compliment, but you can almost imagine Mays speaking no differently while ordering a salad at Pret a Manger.

One-man “Carol”s have been done before, and the more crowded scenes here — parties, dinner at Bob Cratchit’s — are unwieldy and lack focus compared to Scrooge speaking point blank to a specter. I’ll admit to loathing when adult actors play children and young teens. As performed by Mays, however, we get a poignant sense that this consequential tour might not be a supernatural intervention after all, but rather a therapy session of voices lying dormant in the formerly good guy’s head. That Scrooge is as responsible for spurring his own change of heart as the visiting ghouls are is a potent lesson for stubborn times.

The lighting is a star in “A Christmas Carol.”Jefferson Mays

A wracked mind is certainly the takeaway from the show’s most haunting moment, which sees Mays’ face bathed with amber on one side and blue on the other, as he jumps between Scrooge and the Ghost of Christmas Past in the ripped-apart manner of Dr. Jekyll and Mr. Hyde. This is the first show of the Broadway season in which lighting (by Ben Stanton) has been essential. Joshua D. Reid’s sound design gets a rise out of the audience, also.

And the direction is very fine. Arden has become a Broadway regular since his revival of “Spring Awakening” in 2015, and “A Christmas Carol” is his strongest and most confident work to date. Every idea connects seamlessly with the next, and never settles into Scrooge-control. The performance builds and builds, surprising us all along the way. The director also shows a flair for breathtaking stage pictures that was not so evident in his recent City Center revival of “Parade” that plans to come to Broadway.

Even if you’re a Scrooge when it comes to annual holiday fare, like I am, “A Christmas Carol” succeeds as a strong piece of theater.