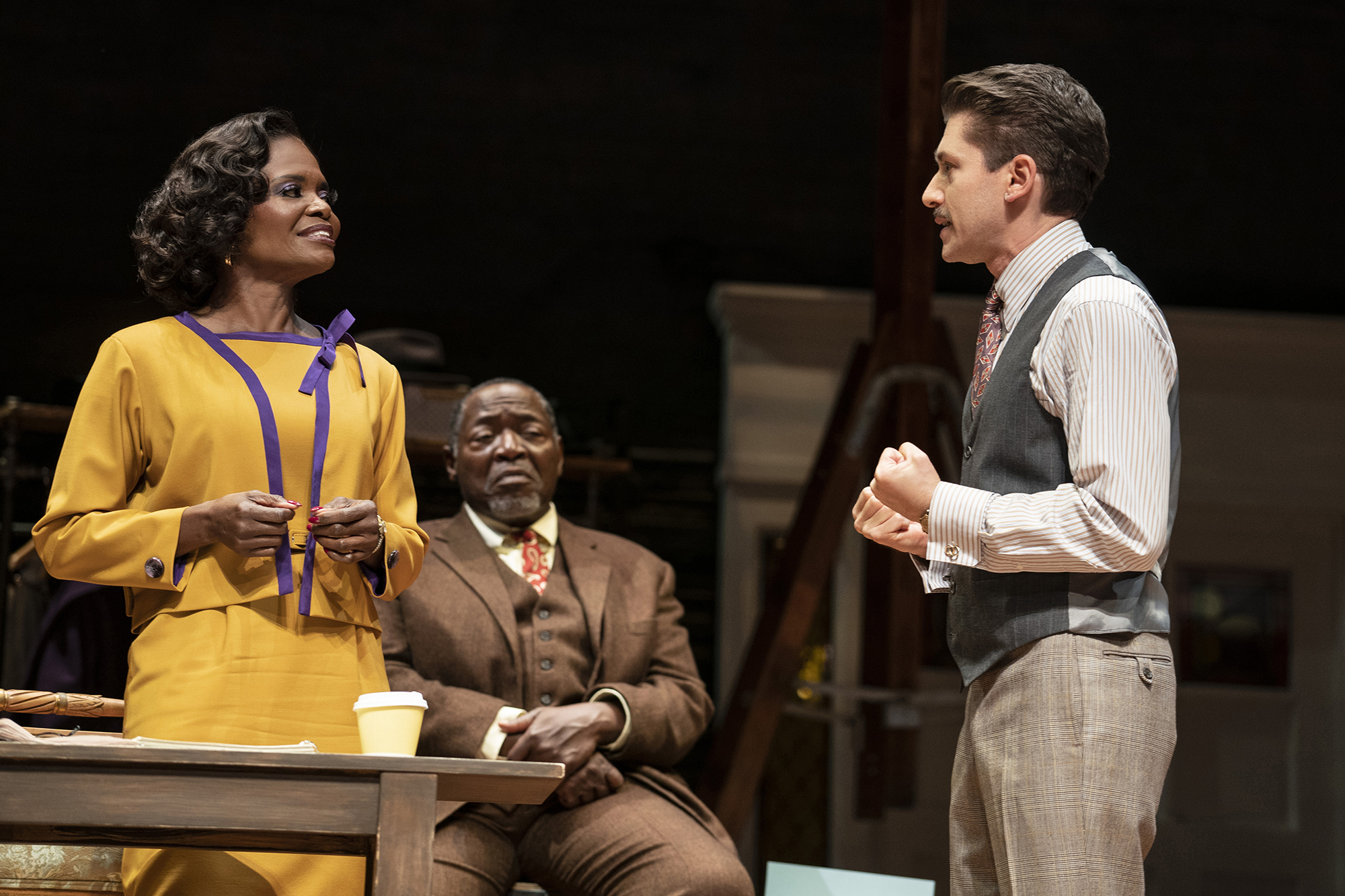 In a Broadway season dominated by a ton of so-so new plays about ripped-from-the-headlines issues, one of the best has already reached retirement age.

“Trouble in Mind,”The American Airlines Theatre opened Thursday night. It was written by Alice Childress in 1955, but has never been to Broadway.

It was planned to go to Midtown 66-years ago. However, the backstage satire about a cast performing a poorly written black drama was too controversial for white audiences at that time.

Childress’ play still has a lion’s bite six decades on and, unlike a lot of its current Broadway neighbors, is a rock-solid, ferociously funny, tense piece of writing.

You won’t believe it, but there are real fleshed out characters who can talk to one another! Friends, this basic tenet is becoming less common in playwriting.

The first act reveals a lot about the play. It is meant to be revolutionary and important, but it is full of black stereotypes. “Mammys,”Maids, and a lot more flat characters who are miles away from the real world.

Childress enjoys the humor of it. There’s a rip-roaring exchange between Wiletta and Millie about the parts they’ve been forced to take over the years.

One scene later, the director shouts at his actors: “Petunia and Ruby!”

The entire play is full of showbiz antics and crackling wit. “Noises Off.” But, like the works of Edward Albee, Childress’ jokes become barbs and the barbs become scorching blowouts.

The second act of the show, directed by Charles Randolph-Wright sees us all go silent as Wiletta and the director face off.

LaChanze’s transition from a shrugging performer who will do whatever offensive thing her director says to an outspoken critic of the play is riveting.

“Trouble in Mind” also marks the Broadway debut for Dukes, who’s been appearing off-Broadway for years and on Netflix’s “Ozark.” She’s a scream as Millie, and gives her a bubbly but cutting energy with perfect timing that brings to mind Betty White.

Childress is however the star. Her play is a lesson on construction, in the hot-blooded interplay between satire and serio. “Trouble in Mind”It is just so good. What a shame she didn’t live to see it find its Broadway audience.