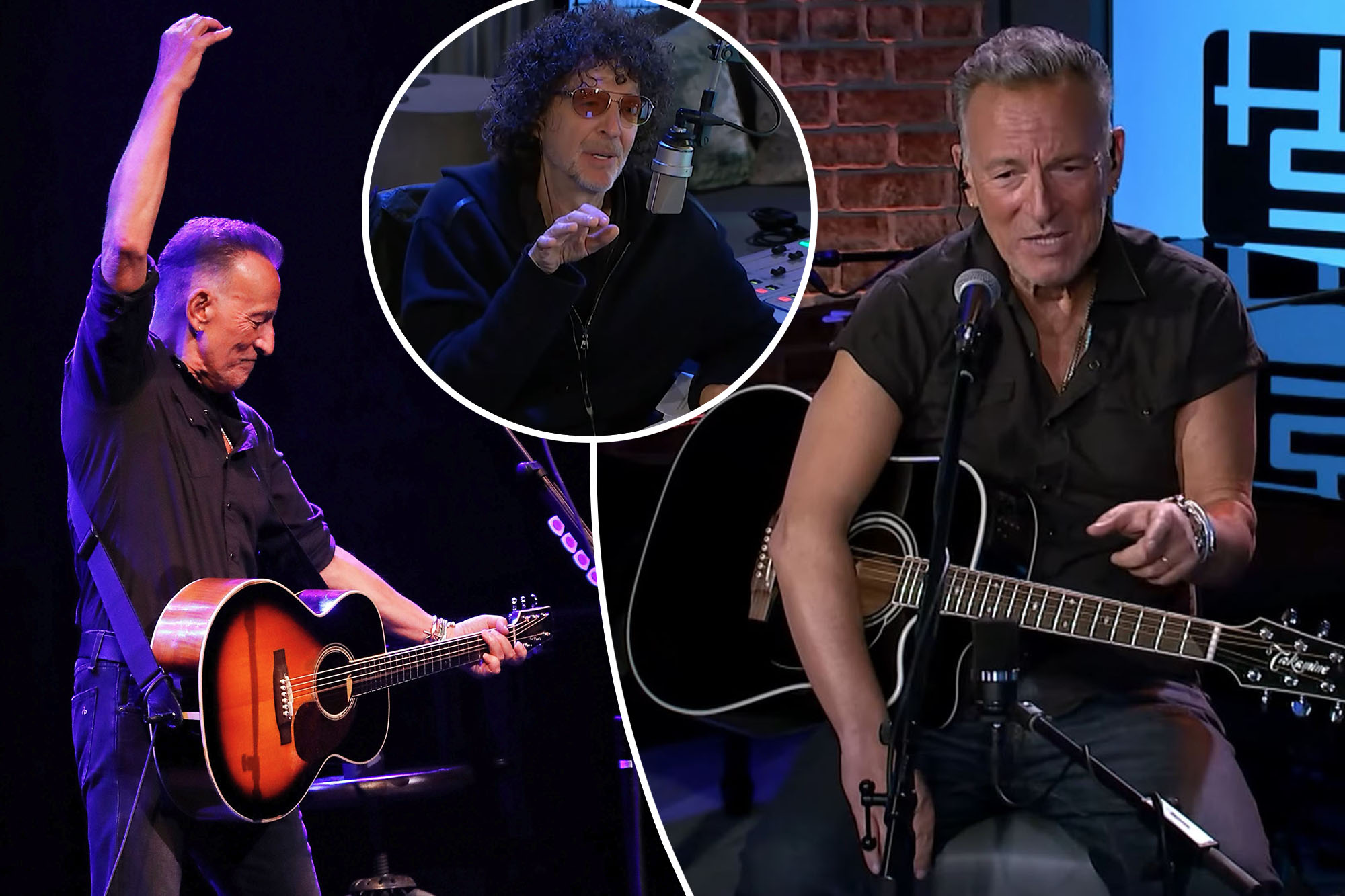 Bruce Springsteen admitted he simply “can’t imagine” retiring from what he calls the “luckiest job in the world.”

The 73-year-old legendary musician is gearing up for the release of a new album as well as a huge world tour — proving he’s not ready to bid farewell to the music scene anytime soon.

“I can’t imagine [retiring], you know?” the rocker said on SiriusXM’s The Howard Stern Show Monday. “I mean, if I got to a place where I was incapacitated or something but up until then I think I’m… I mean, look at Johnny Cash, Pete Seeger.”

Springsteen remembered sharing the stage with then-89-year-old Seeger, who died in 2014, at the 2009 inauguration ceremony for former President Barack Obama.

“I look at those guys and go, ‘Yeah, I don’t know if I’ll [always] be doing three-hour shows, but I have so many different kinds of music that I can play and do,’” he told Stern. “The Broadway show I can do for the rest of my life in one form or another if I wanted to. I can’t imagine retirement, no.”

The Boss also spoke about luck, admitting he loves music so much he would have done it for free but admits it’s nice to be paid for doing something he loves.

“I bumped into the luckiest job in the world because they paid me a fortune for something I would’ve done for free,” he told Stern.

Springsteen shared the stage with then-89-year-old Seeger, who died in 2014, at the 2009 inauguration ceremony for former President Barack Obama.Getty Images

The 73-year-old legendary musician is gearing up for the release of a new album as well as a huge world tour.Getty Images

Springsteen admitted that his favorite songs he’s ever written include “Born in the U.S.A.,” “Born to Run,” “Darkness on the Edge of Town,” “The Rising,” and “Thunder Road.”

He recalled his daughter, Jessica Springsteen, playing a few songs off the record for him during the drive home from the airport.

“She plays it for me top volume, all the way from Newark to Colts Neck, dancing in her seat, and I said, ‘That’s what I like to see,’” he said. “It felt good. It was good. She’s super talented. [I know her] just a little bit.”

Sperm whales communicate through specifically spaced clicks called codas, are known to have dialects. A study on sperm whales that live in the Caribbean distinguished codas unique to their regional groups. These sounds may identify individuals and family or social groups - like first and last names.
OMG! IT WORKS M&M POPCORN folllow for more! | אומייגאד זה עובד?! | ...