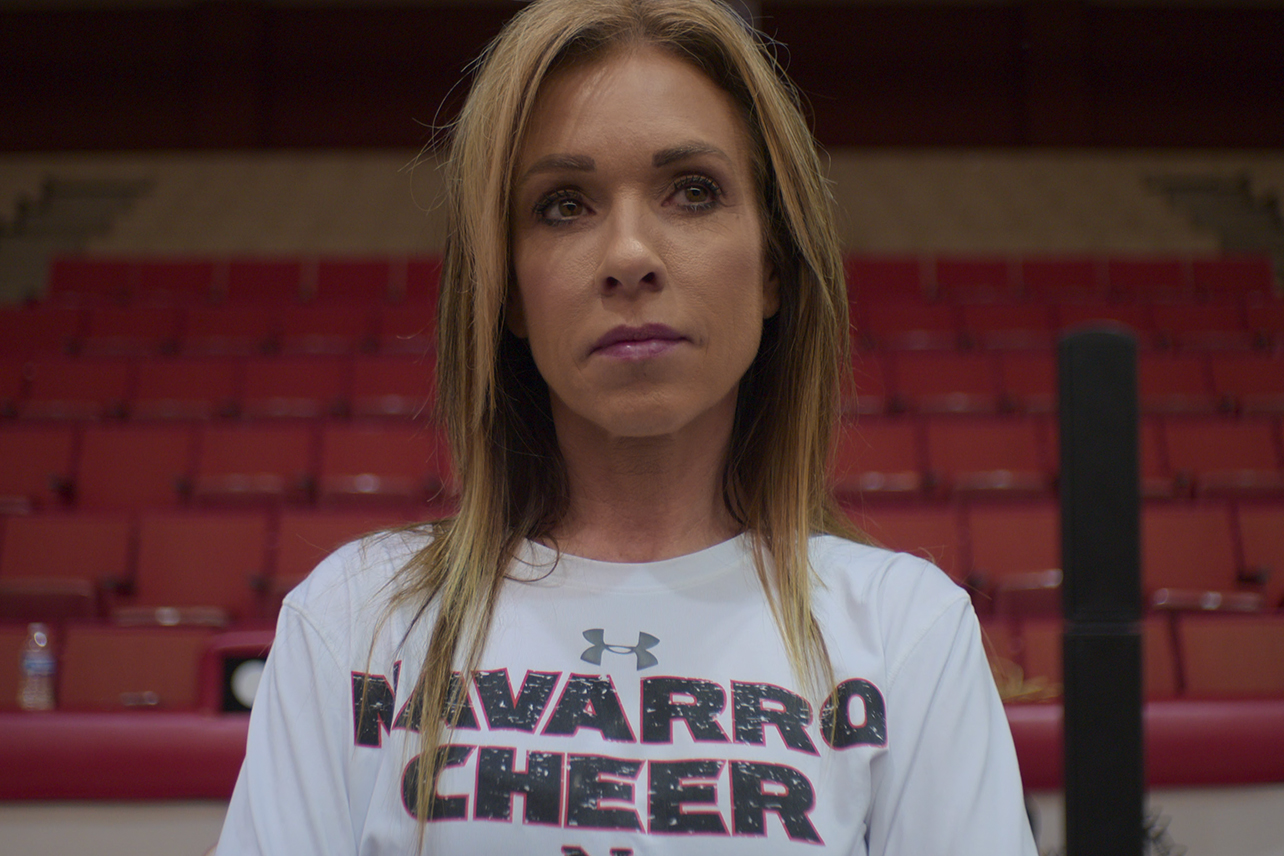 It was a huge success when Cheer aired on Netflix in the early 2020s. The behind-the scenes look at the pain, sacrifice and drama that goes into cheerleading was just as captivating to the audience as the charismatic cast of college students. The show’s success, however, was eventually overshadowed by scandal and tragedy. A pandemic stymied Navarro College’s shot at retaining their National Title at Daytona, a bitter feud emerged between Coach Monica Aldama and Cheer star La’Darius Marshall, and horrific federal charges were brought against the show’s breakout star, Jerry Harris.

Could there ever be a Cheer Season 2?! Would it just be a voyeuristic look at how the show’s success ruined the lives of its subjects or could it be something more? Worst, could it only be a feeble attempt to milk the last bits of relevancy out of a flamed-out fad (like Netflix’s poorly received Tiger King 2)?

Cheer Season 2 is addictive, just like the original season. It expands on the story to include a rival cheer group worth (grudgingly!) rooting for, and a new set of characters to fall in love with. The best thing about Cheer Season 2? It honestly examines the fallout from Season 1. Documentarians capture the good, bad, and ugly. We see how Cheer’s success gave second chances to people like Lexi Brumback, sparked fissures within Navarro’s own tight-knit community, and exposed a devastating evil lurking beneath the picture perfect image of cheer. Cheer Season 2: The Empire Strikes Back of current sports docs.

Greg Whiteley, Last Chance U director, and EP of Cheer, discovered competitive cheerleading while working on the latter series. The first season was focused almost exclusively on a season held at Navarro College. Since 2000, Coach Monica Aldama has coached the coed cheerleading team through 14 NCA National Championships. Navarro College is the epicenter of college cheerleading. It attracts cheer stars like Gabi Butler, and inspires fierce competition from rivals like Trinity Valley Community College. Cheer Season 1 allowed viewers to see the world of these beautiful athletes, and exposed the mental and physical toll. “making mat”Even the most formidable athletes were able to defeat them. The final season finale saw Navarro win its 14th Championship. It felt like a release from all the drama. It also made the show’s featured personalities household names.

Cheer Season 2 opens on the fallout of the show’s success, illustrating how demand for the team’s brightest stars (which includes their coach) immediately caused disruptions to their practices. Sure, Coach Monica claims that they’re able to get everything done, but from the snide side-eyes and straight up complaints we hear from the cheerleaders who weren’t Cheer Season 1’s stars, it’s clear the show’s success hasn’t been good for everyone at Navarro. While it’s easy to say most of the disaffected athletes are jealous, in the case of newbie Maddy Brum, that’s not the case. She came to Navarro to cheer on and win. This makes her not just a new voice on the team but also a new star of Cheer Season 2. Maddy has Gabi Butler’s athleticism, Morgan Simianier’s self-confidence issues, and a Massachusetts native’s talent for being blunt.

However Cheer Season 2 doesn’t just continue to follow the ups and downs of life at Navarro. The show’s strongest choice is to also embed itself within Navarro’s closest rival: Trinity Valley Community College. We find out that TVCC was the team to beat before Monica Aldama created Navarro’s juggernaut. TVCC has Vontae, a former student, as its coach. TVCC hopes to beat Navarro at its game. TVCC is a fascinating opponent to Navarro. Where Monica uses her Mama Bear energy to encourage her athletes to impress her at all costs — competing against each other in the process for those sacred mat spots — Vontae stresses the power of the team as a unit. Both philosophies have their merits and disadvantages. TVCC is more formal and technically focused, while Navarro is full o’ showmen who can strut their stuff. And where Monica is juggling the ambitions and insecurities of various flyers, stunters, and tumblers, Vontae’s lead girl is the gorgeous, ferocious, and steady Jada Wooten, who can pull off just about everything on the mat, including the role of hype man.

Cheer Season 2 would be great even if it was just focused on these two rival teams during an ordinary season. The sudden cancellation by COVID-19 of the NCA Championships at Daytona in 2020 is a stark reminder of how devastating the pandemic was for athletes at the college level. Seniors lost their last chance to glory. Without the usual leadership, freshmen were left behind and found themselves grandfathered in their next season. Whole lives were changed. Cheer Season 2 captures this with empathy and is a triumph. But that’s not where Cheer Season 2’s strengths end.

Cheer Season 2 Episode 5 is simply called “Jerry.”It’s a horrifying look at the horrific allegations of child pornography, sexual assault against Jerry Harris last summer. We hear directly from his victims and their family, giving us a nauseating portrait of Harris’s double life. While some of Jerry’s friends have understandably turned on him, at least one Navarro star tearfully explains why it’s hard for them to cut him out completely. Monica’s numb shock is portrayed as a moral and professional failure and it’s posited that cheer, like gymnastics, has a culture of sexual abuse just now being brought to light. It’s a sobering episode that pairs well with another Netflix doc: Athlete A.

Cheer’s second season is a nuanced and multilayered look at the sport’s evolution over the past two years. From the Netflix doc’s own success to the limbo of COVID, cheer has faced some of its biggest triumphs and trials since Cheer Season 1 premiered. The show’s people are what make Cheer Season 2 so memorable. You might find yourself tuning in to see where the stars of Cheer Season 1 are now, but you’ll keep watching because you’ll be dying to see who makes it to mat, who wins at Daytona, and who might still eke out their own happy ending.

How It Works,Boss Mode in Jarvis.ai artifical intelligence writer.
I tried this trick and it works too. haha   ...