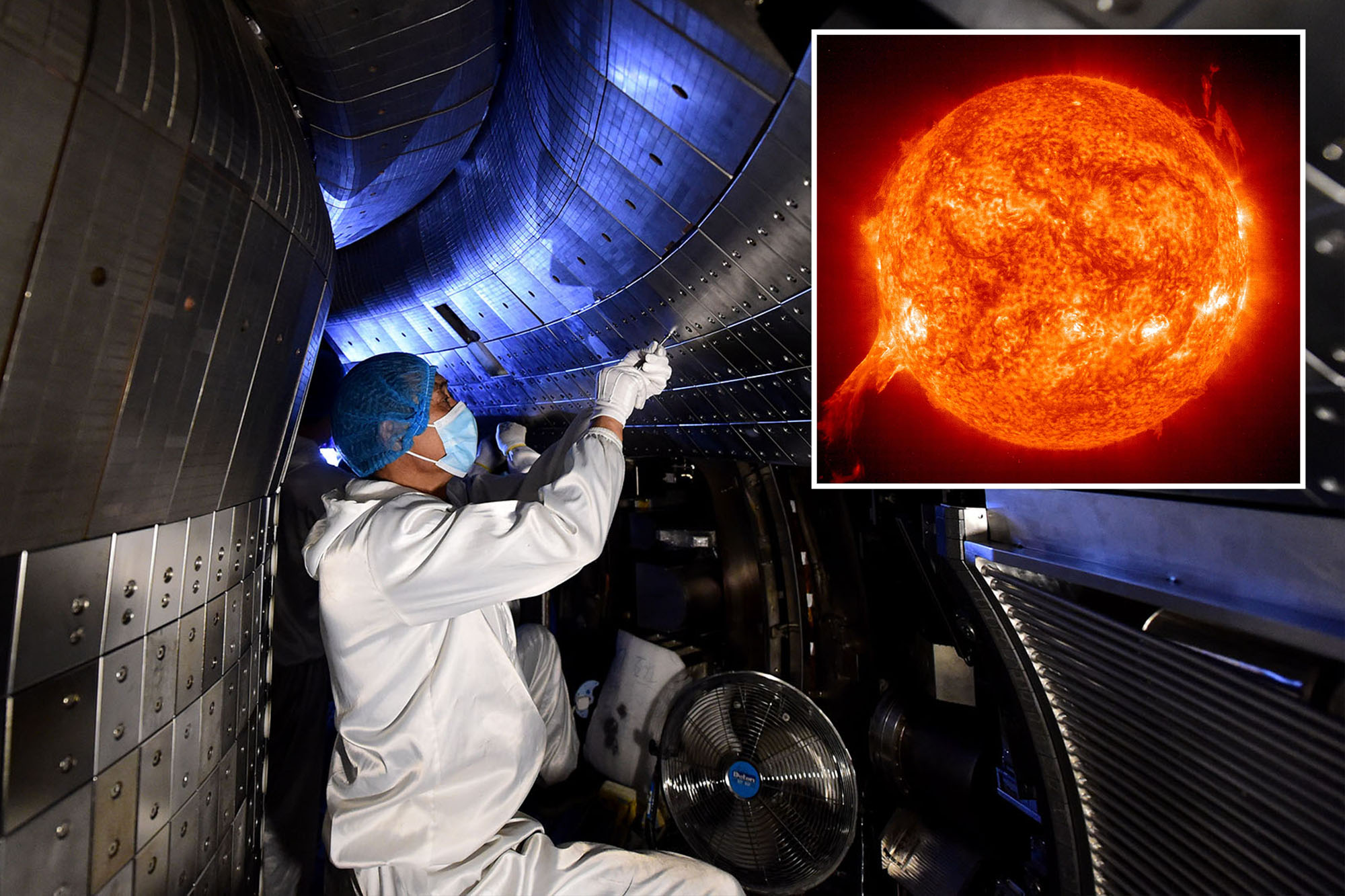 China’s “artificial sun” ran for 20 minutes at a whopping 70 million degrees in its latest experiment – five times hotter than the real sun.

Scientists hope the machine will help harness the power of nuclear fusion, which would bring humanity one step closer to creating “unlimited clean energy” by mimicking reactions that naturally occur inside the sun.

The facility is called an “artificial sun” because it mimics the nuclear fusion reaction that powers the real sun – which uses hydrogen and deuterium gases as fuel.

Designed and developed by the Chinese, the EAST has been used since 2006 by scientists from all around the world to conduct fusion-related experiments.

But the project has just hit an important milestone.

Researchers managed to run the “artificial sun” at 70 million degrees for as long as 1,056 seconds, or 17 minutes, 36 seconds, South China Morning Post reports.

The real sun hits temperatures of around 15 million degrees at its core.

Gong Xianzu, a researcher at the Institute of Plasma Physics of the Chinese Academy of Sciences, told Xinhua: “The recent operation lays a solid scientific and experimental foundation towards the running of a fusion reactor.”

The sun hits temperatures of around 15 million degrees at its core.NASA/Getty Images

Gong was in charge of the latest experiment at EAST, located at the Hefei Institute of Physical Science in the eastern province of Anhui.

More than 10,000 Chinese and foreign scientific researchers have worked together to bring to life the “artificial sun”.

The EAST harnesses extremely high temperatures to boil hydrogen isotopes into a plasma, fusing them together and releasing energy.

China has already spent around £701 million on the project.

Researchers managed to run the “artificial sun” at 70 million degrees for just over 17 minutes.Huang Bohan/Xinhua

The latest experiment, which started in early December, will last until June.

“We have comprehensively validated the technology, driving it a major step forward from basic research to engineering applications.”

In May, EAST achieved another milestone, running at a plasma – or hot gas – temperature of 120 million degrees for 101 seconds.

The EAST has been used since 2006 by scientists from all around the world to conduct fusion-related experiments.Huang Bohan/Xinhua

Song Yuntao, deputy director of the Institute of Plasma Physics at the Hefei Institute of Physical Science, said he hopes to generate power by 2040.

He said: “Five years from now, we will start to build our fusion reactor, which will need another 10 years of construction.

“After that is built we will construct the power generator and start generating power by around 2040.”

The two main challenges are keeping the temperature over 100 million degrees and operating at a stable level for a long time, Xinhua reports.

This story originally appeared on The Sun and has been reproduced here with permission.