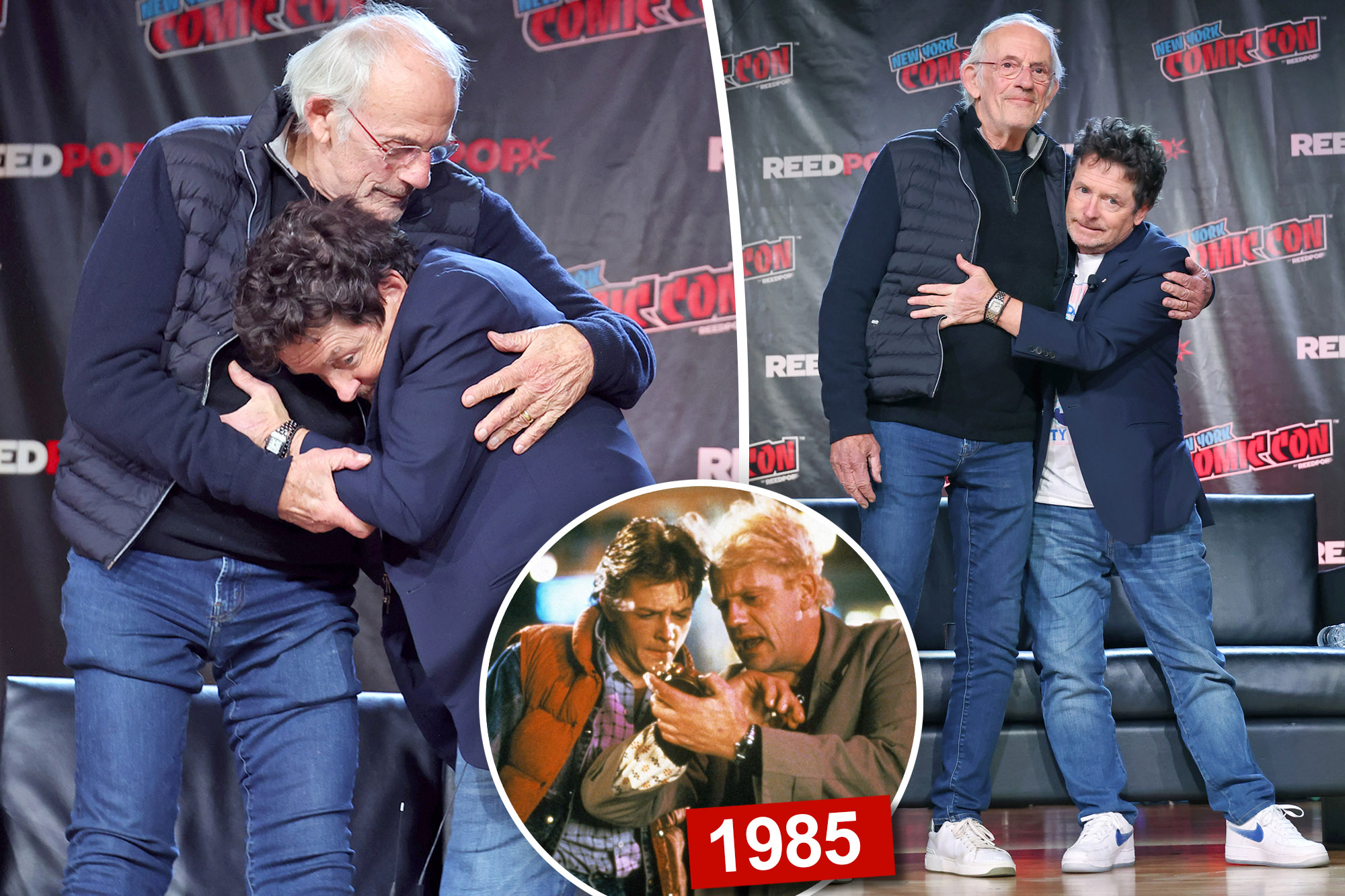 They’re going back to the future.

Christopher Lloyd and Michael J. Fox, who played Dr. Emmett Brown and Marty McFly in the iconic “Back to the Future” film trilogy, reunited at this year’s New York Comic Con nearly 40 years after the sci-fi films were released.

On Saturday, the two teamed up for a panel at the Javits Center event to talk about the saga, while fans grew teary-eyed watching the pair remember the good ol’ days.

“The best part of the movie was working with Chris,” Fox, 61, said of 83-year-old Lloyd, recalling when they first met. Fox, calling him a “genius,” said there was “immediate chemistry” between them, referring to Lloyd as the “King of Exposition.”

But reliving their sci-fi glory days onstage fell to the wayside for audiences online, who noticed Fox’s evident health decline. In 1991, the Canadian-American actor, who was 29 at the time, was diagnosed with Parkinson’s disease, a brain disorder that can affect motor functions and bodily movements and cause shaking and stiffness, as well as trouble with balance.

The pair shared a few embraces onstage, but this one caught the attention of fans online.Getty Images for ReedPop

The actors co-starred in “Back to the Future” in 1985, kicking off the film franchise.

When coming onstage at Comic Con, fans spotted the tell-tale signs of the disease as Fox appeared to have difficulty walking and moved slowly — yet he still appeared cheerful.

Fans applauded Fox as an “inspiration” and said they were “crying” over the sweet embrace shared by him and Lloyd, who held up his fellow actor.

“My father-in-law battled Parkinson’s for many years before passing away a few months ago. It’s brutal,” wrote politician Steve Marchand on Twitter. “The effort, determination & courage on display here by Michael J Fox brought me to tears. Massive respect for him.”

“People in the comments keep saying it’s ‘so sad to see him this way.’ about Michael J. Fox,” tweeted another user. “I’m just so glad he’s still alive, fighting, humor intact, and able to make it to another Comic Con. I’m not sad as long as he’s still here.”

“If you were a teenager in 1985, then Michael J. Fox was your guy. Marty McFly in Back to the Future is the coolest teenager in cinema history,” shared someone else. “Watching him hug Christopher Lloyd like this is so beautiful.”

Last year in a profile for AARP, Fox said he doesn’t “fear death” upon announcing a second retirement from acting.

Lloyd (left) and Fox talked about the sci-fi saga and recalled memories from set.Getty Images for ReedPop

At 29 in 1991, Fox (right) was diagnosed with Parkinson’s disease.©MCA/Courtesy Everett Collectio

“I’m really blunt with people about cures. When they ask me if I will be relieved of Parkinson’s in my lifetime, I say, ‘I’m 60 years old, and science is hard. So, no,’ ” Fox said. “I am genuinely a happy guy. I don’t have a morbid thought in my head — I don’t fear death. At all.”

Instead, he vowed to focus on “gratitude,” saying, “If you don’t think you have anything to be grateful for, keep looking.”

The hug was shared widely on the internet, garnering attention from Twitter users who couldn’t contain their emotions.Getty Images for ReedPop

At Comic Con, he briefly talked about his health status and the Michael J Fox Foundation, which is the largest Parkinson’s disease foundation.

“Parkinson’s has brought people who are still coming in, but it’s a gift, and I wouldn’t trade it for anything,” he said. “People like Chris have meant so much to me, and so many of you have, too.”

“It’s not about what I have, it’s about what you’ve given me,” he added, “a voice to do that and help people.”