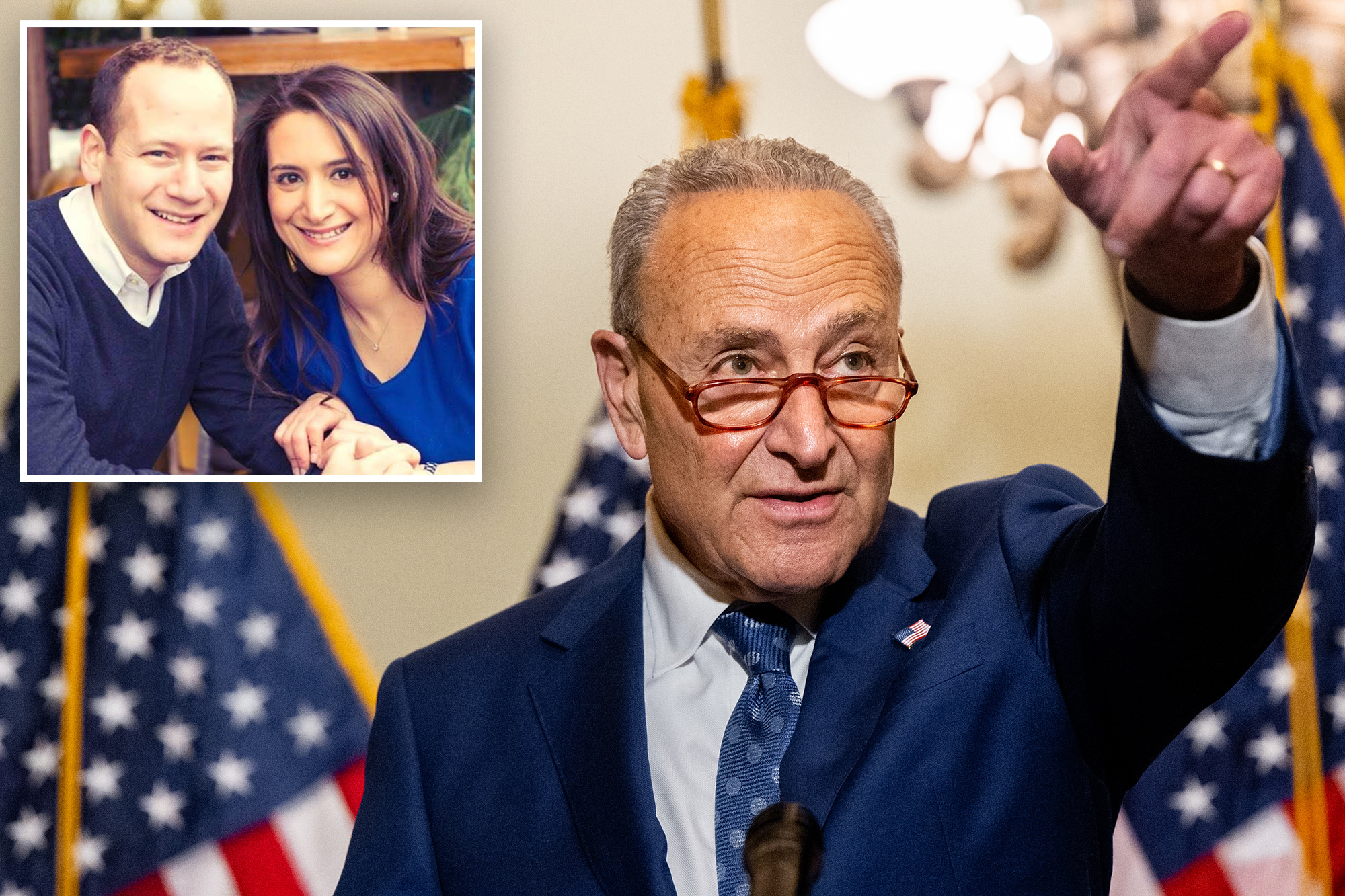 Senate Majority Leader Chuck Schumer’s son-in-law has been hired by top private equity firm Blackstone — the latest family member to land a lucrative gig with an industrial giant that is subject to government regulation.

Michael Shapiro, the Princeton- and Yale-educated lawyer who most recently worked for the Biden administration as deputy assistant secretary for economic policy at the Department of Transportation, has been hired as director for government affairs by the Wall Street firm.

Blackstone, which is run by billionaire businessman Stephen Schwarzman, has $880 billion in assets under its management.

Shapiro’s portfolio at Blackstone deals with infrastructure investments and projects.

“Mr. Shapiro is a highly talented individual with deep experience in both private equity infrastructure investing and public policy, and we are pleased to have him join our team,” Blackstone spokesperson Matt Anderson. “He will not be involved in any advocacy before the Majority Leader or his office related to Blackstone business.”

Before they wed in 2016, Michael Shapiro and Jessica Schumer met when they were both working for the Obama administration in 2011.Facebook/Michael Shapiro

The company said Shapiro is not a registered lobbyist like his wife, Jessica Schumer, whom he married in 2016. The two met in January 2011 when they were both working at the White House in then-President Barack Obama’s National Economic Council, according to The New York Times.

He went on to work for Hillary Clinton in the 2016 presidential campaign.

Jessica Schumer is a registered lobbyist for Amazon while her sister, Alison Schumer, works as a product marketing manager at Facebook.

The Schumer children’s ties to Big Tech have fueled some concerns the Senate Majority Leader has an inherent conflict of interest when it comes to regulating powerful companies.

The New York Democrat has been accused of moving too slowly in bringing to the floor a vote on antitrust legislation that aims to limit the power of companies such as Amazon, Facebook, Apple, and Google.

During a recent sitdown with Democratic Party donors, Schumer said that a bill co-sponsored by Sen. Amy Klobuchar (D-Minn.) and Sen. Chuck Grassley (R-Iowa) doesn’t have enough votes to pass.

“Sen. Schumer is working with Sen. Klobuchar and other supporters to gather the needed votes,” Angelo Roefaro, a spokesperson for the Senate Majority Leader, told The Post.

Shapiro left a job at the Department of Transportation in order to join Blackstone.

Blackstone and other private equity companies have been targeted by Schumer’s more progressive colleagues in Congress for tighter oversight.

Last year, Sen. Elizabeth Warren (D-Mass.) authored the “Stop Wall Street Looting Act,” which would bar private equity firms from forcing companies they acquire to take on more debt in order to extract dividends that they could not otherwise afford.