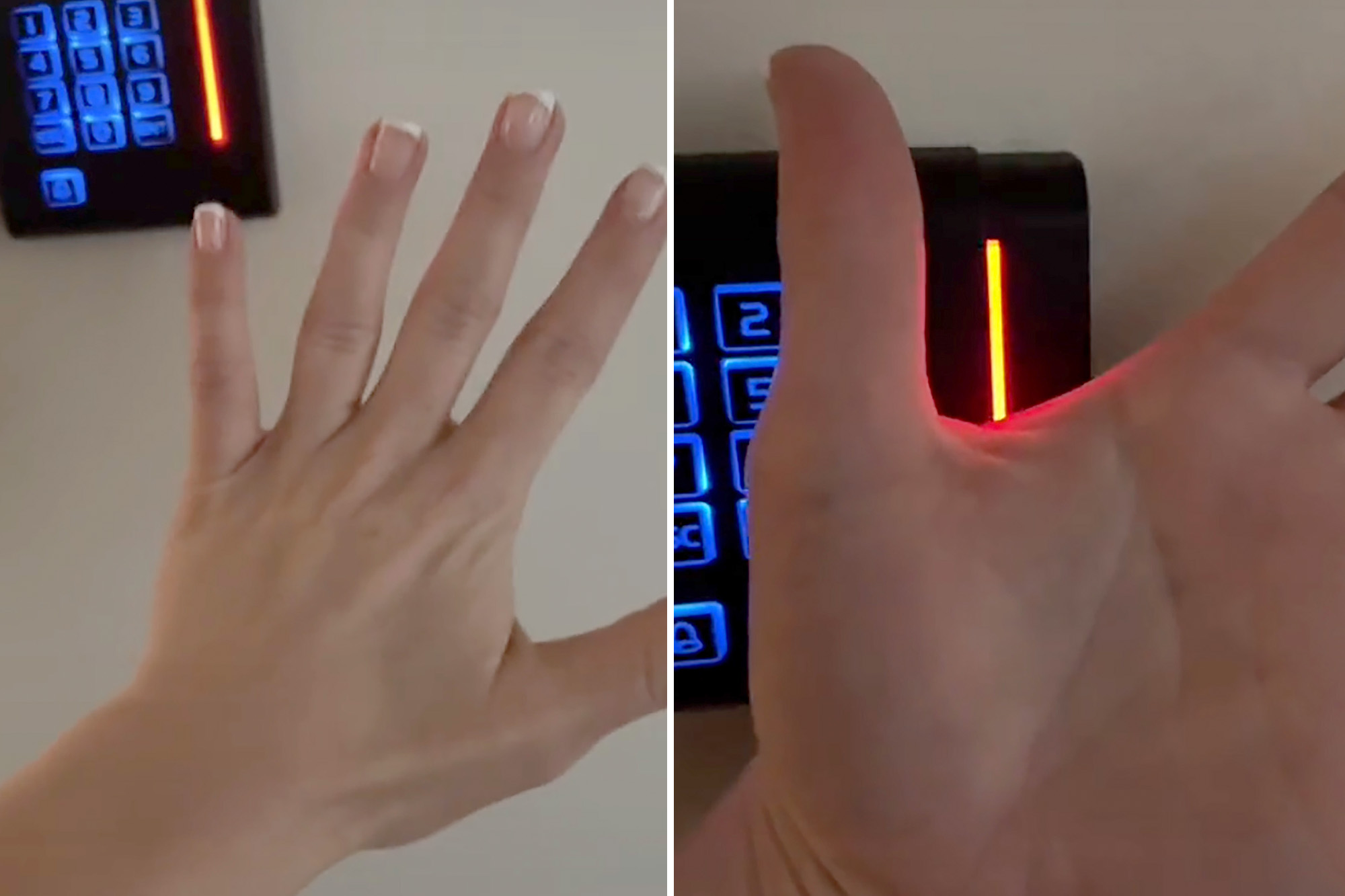 It’s like something pulled straight from a sci-fi plot – the ability to unlock doors using a microchip implanted in your hand.

But for one US couple, it’s part of their day-to-day life.

TikToker and self-professed “innovator,” Burgundy Waller (or @Chipgirlhere) took to the platform on Tuesday to detail how their microchips work.

The footage shows the woman walking through her huge modern house, unlocking doors by waving her hand over a sensor.

“I have a chip in my hand that’s used as a key to unlock everything in our house,” she explains.

Burgundy Waller uses a microchip in her hand to unlock doors in her house.@chipgirlhere/Tiktok

She explained the “whole house” had chip access as “proof of concept.”

Her “tech husband”, @Chipguyhere, who reportedly programmed the couple’s house also has the chip implanted in his hand.

One video shows the man opening a cabinet with his hand. In his video, a bump on the top if his hand, presumably the chip, is clearly visible.

The LA couple, who for the most part keep their personal lives under wraps, were chipped between their thumb and pointer fingers in 2020 and have been documenting their journey since.

The pair’s dog is even named “Chip Pup.”

But the technology, similar to that of a hotel room swipe key, has proven a major ick for plenty on the internet.

“We are not machines,” one commenter on TikTok asserted.

“This seeming a bit too Black Mirror for me,” another wrote in reference the dystopian Netflix series which depicts the human struggle manipulative effects of cutting edge technology in their personal lives.

Others found humor in the innovation.

“I’d still forget my hand at home,” one commenter wrote.

Burgundy Waller and her husband put a microchip in their hand to use it as a key for their modern house.@chipgirlhere/Tiktok

“Man, I need this for my snacks with six kids,” another joked.

However, they’re not the only ones dabbling in the chips implanted in bodies.

The BBC reported in April, Paul Paumen, a security guard from the Netherlands, was implanted with a chip in his hand which allowed him to pay on contactless card readers.

European tech firm Walletmor in 2021 opened the first commercial venture into implanted contactless payment, and as of August this hear, has sold over 1,000 implants.

The going rate for the implant is roughly $302 USD.

In 2018, a number of Swedish workers at a digital hub called Epicentre volunteered to have chips implanted which opened doors, operated printers and opened storage lockers.

Doctors found a calcified fetus of 30 years old in the uterus of a woman aged 73 years old. These 3D CT scans belong to an Algerian women with a fetus that was inside her for over 30 years.
Singer Mikaben dead at 41 after collapsing during a show in Paris