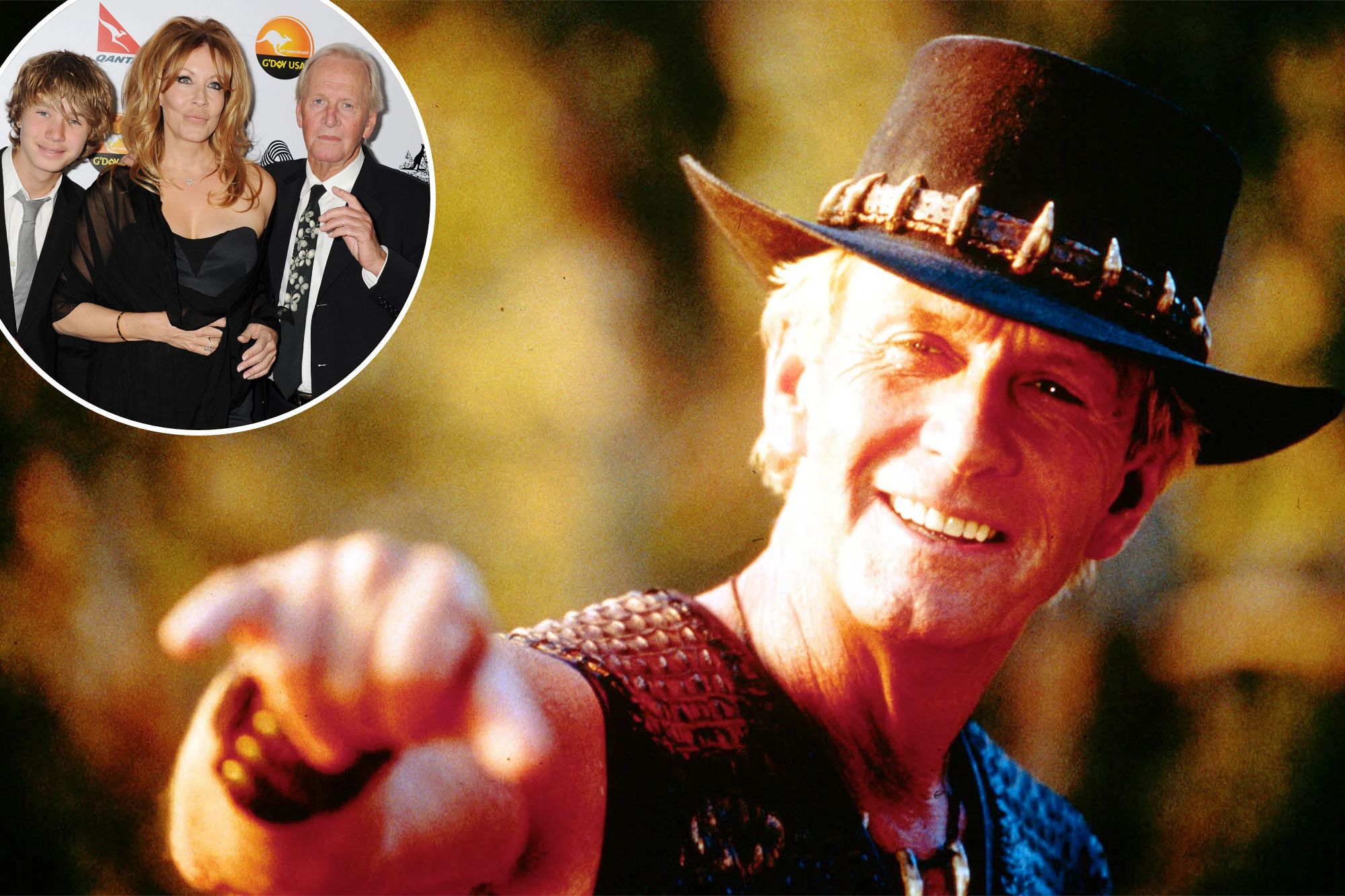 Paul Hogan has – for years now – been talking about how homesick he is.

The Australian actor, 83, has been living in the US for more than two decades, making headlines more recently for his disdain for the Venice Beach neighborhood he lives in.

But now he’s revealed why he hasn’t yet made the move back to Australia in a candid interview with The Daily Telegraph.

The Crocodile Dundee legend said his 24-year-old son, Chance Hogan, whom he shares with ex-wife, actress Linda Kozlowski, was the sole reason he’s still residing in the US.

“I’ve been homesick for years,” he told the publication.

“I’d rather be there, but I have my last child [Chance] who is an American – he only has me, whereas my tribe at home, they’ve all got each other.”

Hogan and Kozlowski, who played Hogan’s onscreen love interest in Crocodile Dundee, moved to the US in the ‘90s, shortly before Kozlowski’s mother died of cancer. The pair divorced in 2014.

“Then the years have slipped by, and I’m sort of stuck here,” Hogan added.

“I’ve got 10 grandchildren and they are all adults – but for Chance, the only family he’s got is me. All his friends, his band, musician mates, girlfriends, everything – they’re all American.

“So I’m hanging in there a bit longer, but eventually I’ll get back.”

Hogan previously spoke of being “homesick” in a Sunrise interview in May last year, saying he’d barely left his $4.5 million home in Venice Beach amid the pandemic and a rise in homelessness and crime in the area.

The usually upbeat Aussie star appeared out of sorts during his interview with co-host David Koch, who noted that Hogan, a regular guest on the show, was the “most down” he’d ever seen him.

Hogan went on to say he was unhappy in LA but refused to return to Australia while strict hotel quarantine was in place.

“The crime’s up. I don’t go anywhere. The minute I can come home without being locked in a hotel for two weeks, I’m back,” he said.

That same month, Hogan was seen penning a letter to the homeless that he reportedly put outside his property.

According to the Daily Mail, Hogan’s note read: “THIS IS MY HOUSE NOT YOURS”.

Hogan later denied writing the message, despite being pictured writing it with a red marker.

Months later in November, Hogan told Today he was finally returning to his home country in time for Christmas.

“I’m surviving. I’m homesick, but I’ll be back for Christmas … Looking forward to the end of this stupid disease,” he said at the time.

But Hogan has previously said he enjoys the anonymity he gets in the US, which he said kept him in Tinseltown despite feeling “like a kangaroo in a Russian zoo”.

Hogan – affectionately dubbed ‘Hoges’ – shot to fame as the loveable larrikin on The Paul Hogan Show in the early 70s, before becoming a global superstar – and a one-man arm of Australia’s tourism industry – with the smash hit film Crocodile Dundee in 1986.