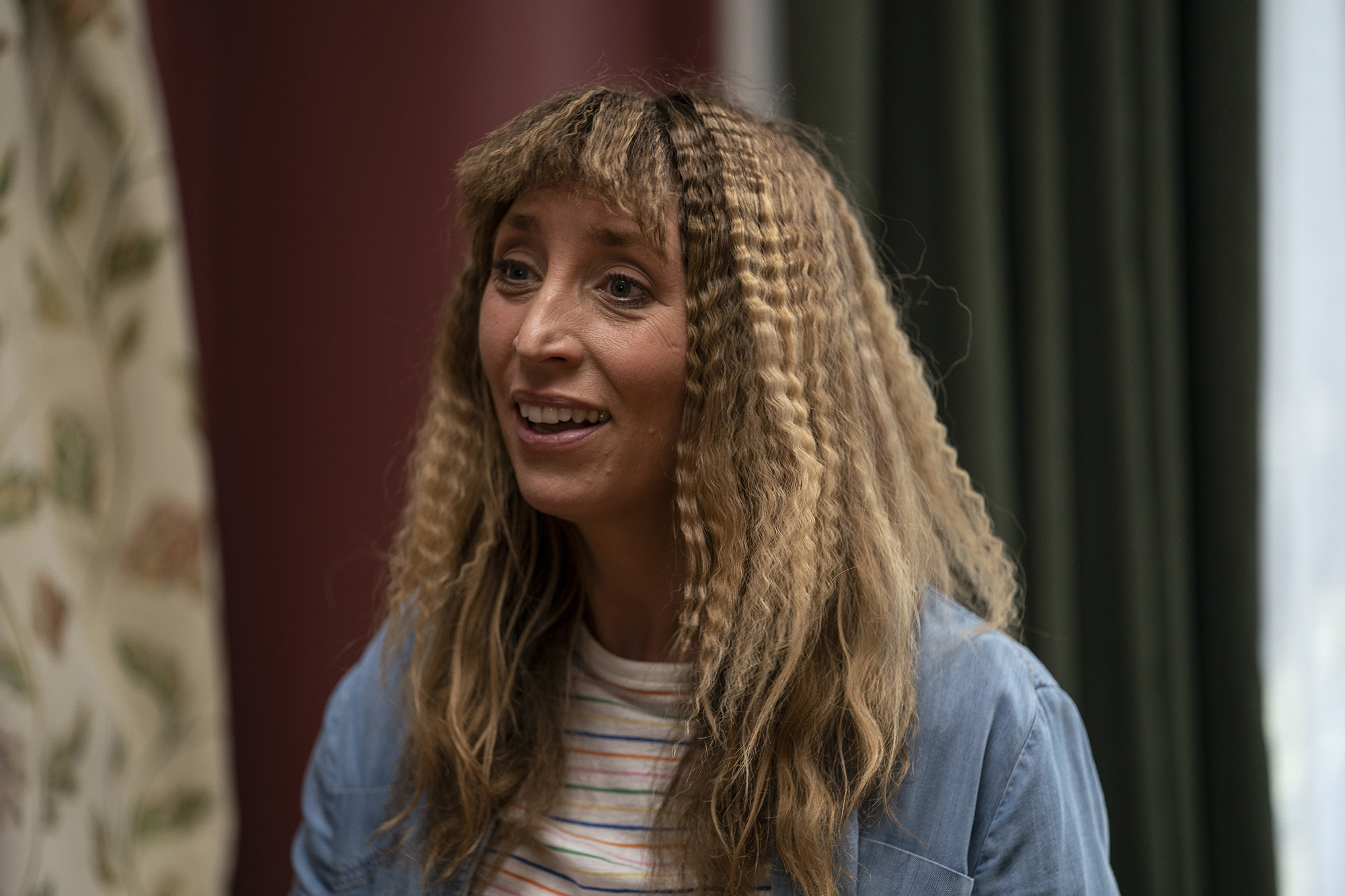 Daisy Haggard did her own “stunts” in Season 2 of “Back to Life” — including firing off a series of burps when her character, Miri Matteson, sips a glass of champagne at a birthday party.

“I love burping,” The Post spoke with Haggard, 43. “When I was little, I remember someone saying, ‘What are your skills?’ and I said, ‘I can belch.’ That’s how I used to make friends at school. I used to do fake burps — so I did think [about that scene], ‘Oh, I can do that! Let’s put that in!’”

It works, too, in the context of “Back to Life” since Meri is, after all, an upbeat, fun person — despite having served 18 years in prison for killing her teenaged friend, Lara, by accidentally pushing her off a cliff during a fight.

In Season 1 of the Showtime series, which aired in 2019, Meri returned home to the English seaside town of Lythe after being sprung from prison, moved back in with her flustered parents, Oscar and Caroline (Richard Durden, Geraldine James), got a job, and struck up a close friendship with next-door-neighbor Billy (Adheel Akhtar) — all while coping with her status as a local villain.

Miri (Daisy Haggard) and Billy (Adheel Akhtar) try to figure it all out on the beach at Hythe.Luke Varley/SHOWTIME

The six-episode second season (Mondays at 10 p.m.) picks up three weeks after the Season 1 finale. “The town is still divided; Miri has maybe a few more allies but there’s less animosity towards her,” Haggard said. “Just when Miri’s life is about to start, after she got through the hurdle of coming home, the father of the dead girl [who she killed] comes back to town and makes it as impossible for [Miri] as he possibly can.

“I wanted to explore her relationship with Lara’s parents coming back into town,” She said. “I always felt like that was an omission in Season 1, and in order to have a slight element of thriller, of mystery, rather than generating something out of nothing … this man is a genuine threat to Miri, not just to her happiness, but to her, physically. He’s an angry man who has an actual motive against her.

“If you think we put Miri through the ringer in Season 1, you ain’t seen nothing yet!”

Miri also sports a different hairstyle this season — a crimped look reminiscent of the fur of the Alpacas she so loves. “What I like about Miri is her optimism, and the optimism in her decision for a new fashion look, but she doesn’t quite realize that she’s gone a bit too far on it,” Haggard stated. “It’s her attempt at new beginnings but it’s also not quite allowing her to look great. You shouldn’t crimp [your hair] quite that much.”

Miri (Daisy Haggard) shows off her new look, including the crimped hairstyle.Luke Varley/SHOWTIME

Haggard, who also co-stars opposite Martin Freeman on the FX comedy “Breeders,” which will return next year for a third season, created “Back to Life” and co-writes each episode with Laura Solon (they met when Haggard starred in the BBC Three sketch-comedy series “Man Stroke Woman”). She explained that the series’ original idea was a result of a variety of factors.

“It’s quite a big mixture,” She stated that. “There were a couple of women at the time who’d done something I read about in the paper and, oddly, the way it was reported … made me feel quite uncomfortable. They were sexualized or something, ‘bad,’ ‘evil women,’ ‘vixens.’ When I was younger, someone I knew had a terrible accident, and … it fascinated and disturbed me at those times when something goes wrong at such a vulnerable, heightened age. We are all upset at times in our lives and are sometimes not far from making a terrible mistake. There are things in life that can just happen and turn your whole life upside-down.”