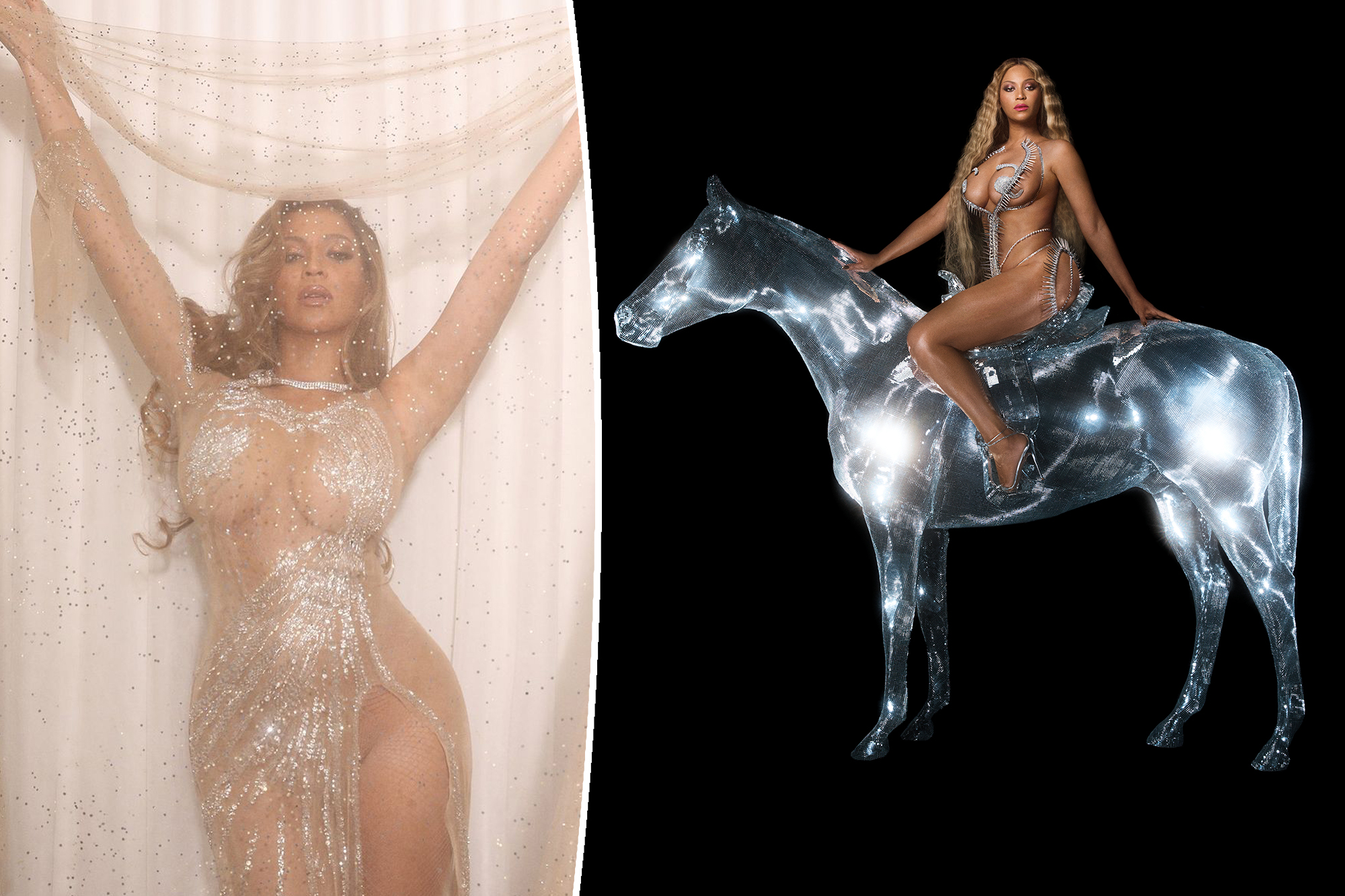 Beyoncé has always been a “naughty girl,” but she’s absolutely filthy on her new album.

“Renaissance” (out now) finds Queen Bey in her gritty glory, three D’Ussé shots deep at the sweatiest underground nightclub in New York City. It makes “Bootylicious” sound like the “Barney” theme song and “Partition” like “I Will Always Love You.”

Across a whopping 16 tracks, Beyoncé’s caramel voice is amplified by pulsating cadences that effortlessly fuse house music with Afrobeats to make up the best dance album of 2022. (Sorry, Drake.)

“Cozy” is as much of a self-love anthem (“Comfortable in my skin,” Bey warbles) as it is a survivor’s slogan (“She’s a vibe / She’s a hero”). And with lyrics like “Paint the world p—y pink,” it’s no wonder “Renaissance” has a good ol’ “Parental Advisory” sticker.

On paper, “Church Girl” looks like something you could easily play at a summer barbecue without getting side-eye from your grandma. But 50-something seconds in, it practically dares you not to twerk as Beyoncé chants, “Drop it like a thotty” over a dazzlingly dizzying rhythm.

“America Has a Problem” is similarly deceiving with its political-sounding title. Really, it’s just about Bey grinding on Jay-Z (“Can’t wait to back it up … I’m supplyin’ my man / I’m in demand / Soon as I land”).

And don’t even get us started on “Plastic Off the Sofa,” the most sensual ode to her husband since 2011’s “Dance for You.” After breathlessly crooning, “I know you had it rough growing up, but that’s OK,” Beyoncé growls, “I like it rough.”

Beyoncé described “Renaissance” as “Act I,” signaling more albums are on the way.Mason Poole

Her bars may be dirtier than ever, but “Renaissance” is a classic Beyoncé album through and through. Her vocals are unmistakable on the slow-burn introduction “I’m That Girl,” and her swaggering braggadocio encompasses “Alien Superstar” when she incants, “Category: bad bitch / I’m the bar” and “I’m one of one / I’m number one / I’m the only one.”

Much like “The Gift,” Bey’s 2019 “Lion King” companion album, “Renaissance” is a cultural celebration. It’s also an homage to the dance greats who came before her; disco diva Grace Jones returned to the studio for a rare feature on “Move,” and Robin S.’s 1990 house classic “Show Me Love” is sampled on the Great Resignation-backed lead single “Break My Soul.”

When Beyoncé really leans into her club persona here, she excels. The jubilant “Cuff It” is a funky earworm reminiscent of “Blow” from her 2013 self-titled album, coupled with the jazzy horns that made “Schoolin’ Life” an underrated gem off 2011’s “4.”

Nods to the 28-time Grammy winner’s storied discography are otherwise few and far between. On the six-minute “Virgo’s Groove,” she croons, “You’re the love of my life,” a far cry from the Becky-taunting lines about Jay’s admitted infidelity on 2016’s “Lemonade.” And on “Thique,” she showcases a rasp in her voice that we’ve never heard before, bolstered by a brooding club beat.

“Creating this album allowed me a place to dream and to find escape during a scary time for the world,” Beyoncé said in a statement.Mason Poole

One could argue that “Renaissance” does not feel like a career milestone in the way that “Beyoncé” and “Lemonade” did — after all, their surprise releases and visual components only heightened the magic — but it is a welcome and even refreshing progression for a superstar who consistently rewrites the rulebooks.

And with instantly timeless songs like the Prince-inspired latter half of “Pure/Honey” and the sublime Donna Summer-sampling closer “Summer Renaissance,” Beyoncé proves that anything she touches turns to gold (or, with her track record, multiplatinum).