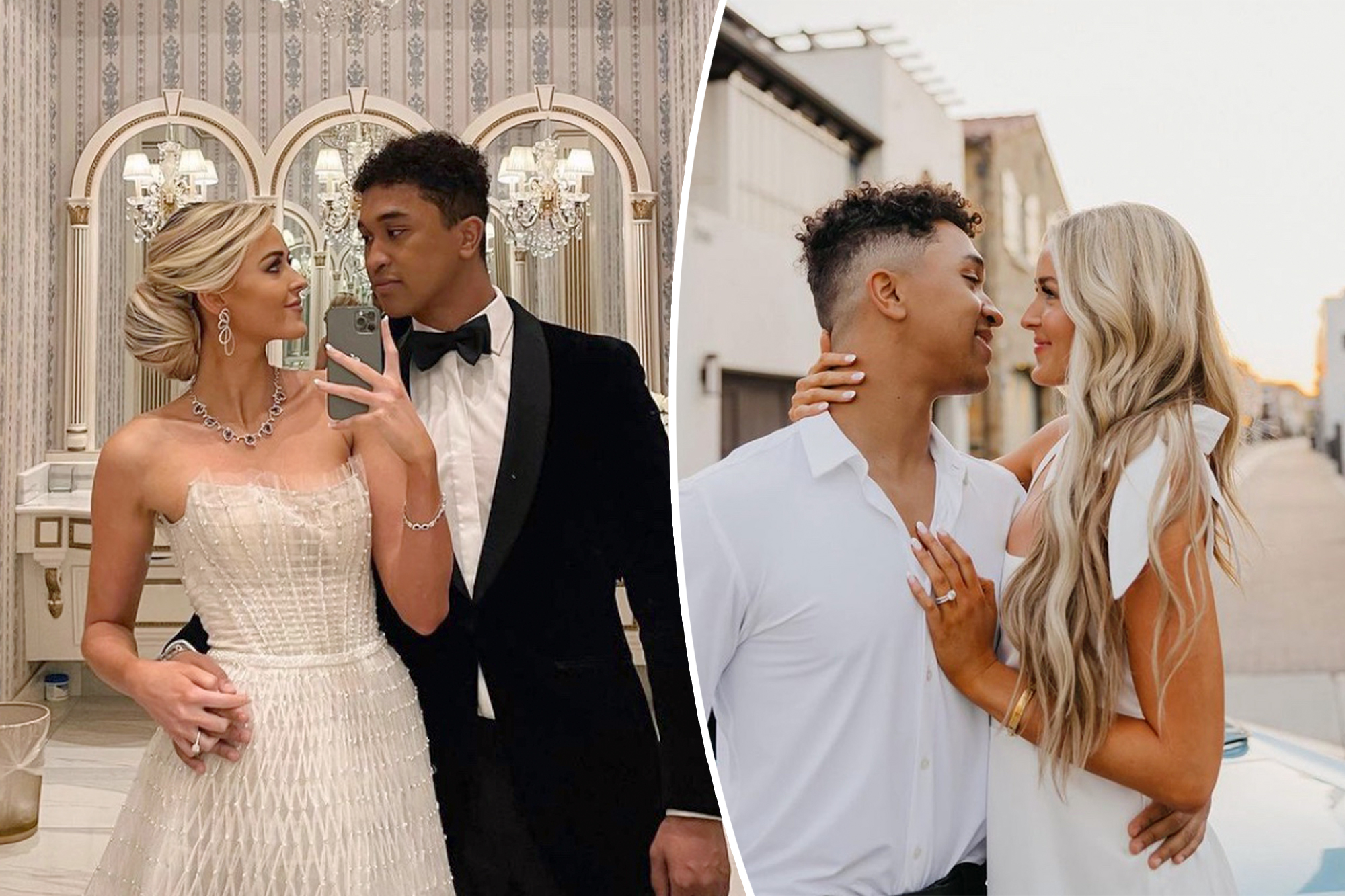 Brandon Armstrong has officially said “I do.”

The “Dancing with the Stars” pro, 28, wed his fiancée, Brylee Ivers, 24, in a romantic Utah ceremony on Saturday, in front of 125 of their closest friends and family members.

After completing a religious ceremony earlier in the day, they later exchanged vows at the modern venue Siempre, which is in the mountains of Draper.

“Because so many people get married in Utah so young, we wanted something that was a little bit different than the traditional church, chapel wedding,” Armstrong told People, who was first to report the news.

They also skirted tradition by opting for a “first look” ahead of the ceremony.

“I’m not a crier,” the dancer said of seeing Ivers in her “simple and timeless” Alta Moda Bridal gown. “But I bawled.”

The couple, who got engaged in March, had 18 groomsmen and bridesmaids apiece, along with some famous faces in attendance, including fellow “DWTS” pros Lindsay Arnold, Witney Carson, Jenna Johnson and Emma Slater.

The couple, who started dating in 2021, got engaged earlier this year.Instagram/@brandonarmstrong

“I knew she was obviously gonna choose a dress that was going to be beautiful,” Armstrong said of his bride.

“And I didn’t have any really defining or super important feelings about what I wanted the dress to look like. I was just happy that it was something that was beautiful and that she felt confident in. Everything was so, so good!”

It was a big wedding, with 500 guests in attendance at the reception.Instagram/@brandonarmstrong

According to People, Ivers walked down the aisle to the tune of Elvis Presley’s “Can’t Help Falling In Love,” while surrounded by greenery and white roses designed by Artisan Bloom.

“A way that is good and loving and old school. I’m excited to show people she’s the love of my life and that I’m committed to her.

The pair are heading to the Dominican Republic for their honeymoon.Instagram/@brandonarmstrong

Following the ceremony, 500 people attended the reception, where the couple shared their first dance to Daniel Caesar and H.E.R.’s hit “Best Part.”

The newlyweds, who had their first date at The Cheesecake Factory after Armstrong slid into Ivers’ DMs in 2021, are now looking forward to just “being together” during their honeymoon in the Dominican Republic.