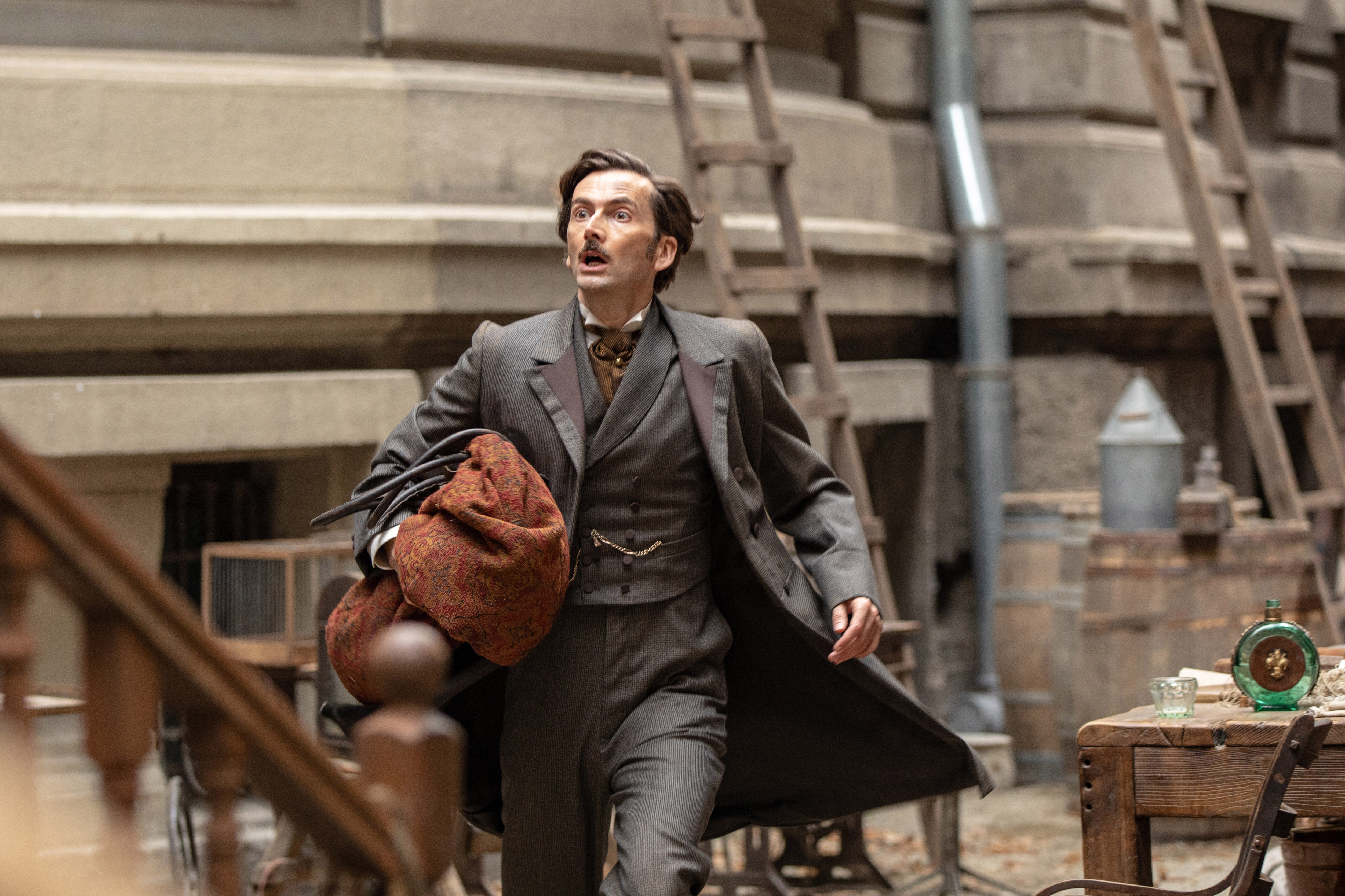 David Tennant does a great job as Phileas fogg in “Around the World in Eighty Days,” an eight-episode “Masterpiece” adaptation of Jules Verne’s classic tale airing Sundays at 8 p.m. on PBS.

It’s all here — exotic locales, witty, charming characters and absorbing episode arcs that unspool as Fogg embarks on his quest to circumnavigate the globe in 80 days — and win a bet of 20,000 pounds wagered by a naysayer with financial problems in his stuffy London men’s club.

That’s the basic premise, but, of course, there’s much more, and it all starts with the cast, led by the inestimable Tennant, who’s terrific in everything in which he’s involved. He imbues the nebbishy and (very wealthy) Fogg, who begins his journey with low self-esteem and confidence issues, with a winning attitude and a resiliency he didn’t realize he possessed until his unlikely journey gets underway and he proves his mettle.

Traveling with Fogg on his quest are his newly hired French valet, Passepartout (Ibrahim Koma) — a waiter from Fogg’s men’s club who, through a series of unfortunate events, ends up in his employ — and Abigail “Fix”Fortescue (Leonie Beenesch), the headstrong and forthright reporter, daughter of the London Daily Telegraph editor (he refers to her as a “force of nature”And admires her pluck.

Abigail demands to accompany Fogg on his escapades and to chronicle his adventures for the Daily Telegraph — with her own bylined column (tough to get in those days), and using her mother’s maiden name (Fix) to prove she’s not riding on her father’s journalistic coattails.

David Tennant stars in Phileas fogg as Phileas. “Around the World in Eighty Days”PBS.Tudor Cucu

Ibrahim Koma, David Tennant, and Leonie Beenesch in a scene taken from “Around the World in Eighty Days.”Joe Alblas

It’s 1872 as Fogg departs London on a steamer for his first port of call, France, with Passepartout and Abigail in tow. They arrive in Paris during volatile political times (a regularity in that era); that, in turn, gives us a bit of Passepartou’s back story: his rebellious father was killed by the government and, now, his younger brother wants to avenge his death by assassinating the French leader.

There’s action in each episode — in the opener, Fogg is shot and the trio depart Paris for Italy in a hot-air balloon. Episode 2 features a meta shoutout to Verne. Fogg designs a train crossing that looks impossible, which boosts his morale.

Fogg, Passepartout and Abigail will continue to battle against the clock (a motif here) to make it back to London by Fogg’s Christmas Eve deadline so he can win his bet.
His odds of success are excellent.