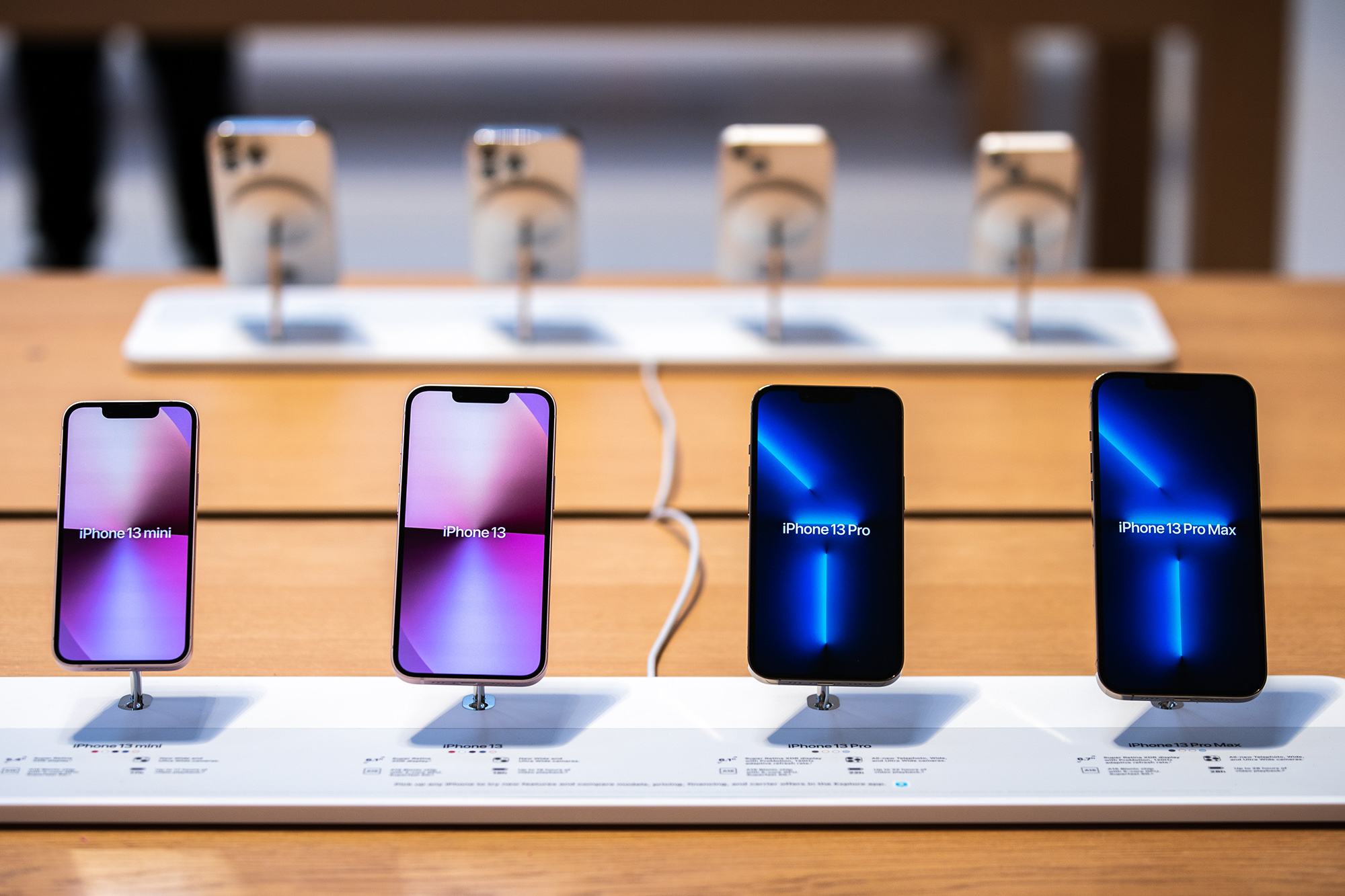 Apple has told suppliers that demand for its new iPhone 13 lineup has fallen ahead of the holiday season — and things may not get much better in the new year, according to a report.

The apparent lack of demand comes after Apple reportedly slashed its 2021 iPhone production goal from 90 million to as low as 80 million amid ongoing supply chain issues.

The tech giant had hoped to make up for the lost sales in early 2022 but is now worried that an expected surge of orders may not occur, reported late Monday.

Some shoppers could be holding out for 2022’s slate of new iPhones, which are typically unveiled in September. They’re expected to feature bigger changes than this year’s iPhone 13 lineup, which saw relatively minor upgrades to its camera and processor.

Other potential buyers may be tightening their belts amid skyrocketing inflation and concerns about the new Omicron coronavirus variant, which has rattled the stock market in recent days.

Apple shares were down 3.2 percent in pre-market trading on Thursday following the report.

Apple shares were down 3.2 percent during premarket trading on Thursday.Barcroft Media

Yet Wedbush securities managing director Dan Ives struck a more optimistic tone, predicting that Apple would have its strongest holiday season ever and that iPhone demand would remain strong in the new year.

“The supply chain has many ebbs and flows for Apple in the midst of an iPhone cycle and our Asia checks are firm, not weakening,” Ives told The Post of the firm’s looks at sales in Asia. “The haters will continue to hate on Apple, but we believe a $3 trillion market cap is in the crystal ball despite these negative white knuckle headlines worrying the Street.”

Apple currently has a market capitalization of $2.7 trillion.

Apple had reportedly expected iPhone 13 demand to be strong in early 2022.

The company did not immediately respond to a request for comment.