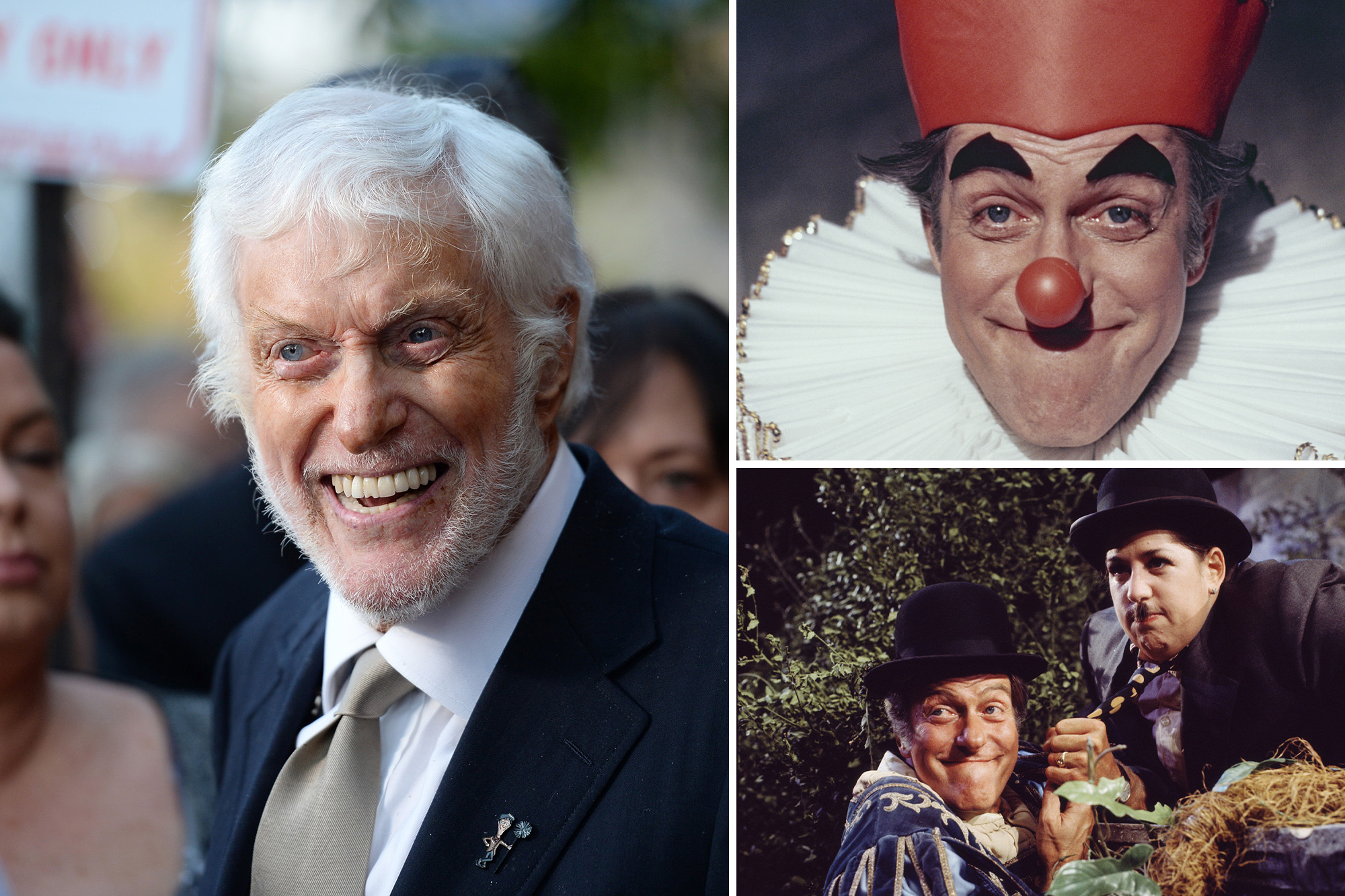 TV legend Dick Van Dyke posted a video on Instagram Friday night of himself knocking on the door and peeking through the glass of an apparently closed Spirit Halloween store.

The 96-year-old put his hands around his face so he could get a better look inside the seasonal shop while someone taking the video laughed. “There’s somebody in there all right, but…” the comedian lamented.

“This is Halloween” from “The Nightmare Before Christmas” played over the “Mary Poppins” actor’s video, which also had blinking jack-o’-lantern and creepy yellow eye emojis.

Online commenters agreed that the store needed to open up so the “Dick Van Dyke Show” star could get his spooky fix.

Another wrote, “Open JUST FOR HIM IMMEDIATELY,” along with a gif of a young Van Dyke clapping uproariously.

Dick Van Dyke posted a video of him trying to enter a Spirit Halloween Store on Instagram. Getty Images

“Imagine not knowing a legend is at the door…” a third noted.

“The man is a national treasure…LET HIM IN!!!” a fourth said, adding a laughing emoji.

Spirit Halloween stores tend to pop up across the country in vacant retail spaces in the months before Oct. 31 but each store has a different opening date. Spirit sells Halloween costumes and decorations.

The comedian is apparently something of a Halloween fanatic who has been turning his home into a haunted house for more than half a century.

A YouTube video from Distortions Unlimited, a prop company, showed his home last year, resplendent with full-size animatronics, ghoulish actors and even a giant head of ghostly Van Dyke whose mouth moved as it recited Vincent Price’s dialogue from Michael Jackson’s “Thriller,” which Van Dyke recorded himself.

A framed black and white picture of a smiling Van Dyke also creepily changed into a zombie at a different angle while one of his wife, Arlene Silver, 50, became a vampire.

“That sounds great!” the “Dick Van Dyke Show” actor proclaimed in the video while listening to his recording. “God, that is a masterpiece!” he said of the head.

Van Dyke had asked the company if they would help professionally transform his house last year for the holiday and the woman who answered the phone said she at first thought it was a customer with the same name calling and not the famous comedian.

Halloween night at his home included entertainment for lucky guests and the veteran performer and his wife even did a song and dance.

“I started doing Halloween 50 years ago,” Van Dyke told the Distortions crew while having lunch with them earlier in the day at his house. “And I made this Frankenstein head. Looked pretty good, I sculpted it out of clay. We were doing it in the garage. I had it laid out on a table and this little boy from next door, 5 years old, would come over after school and watch me making it.”

The actor, known for his whimsy, said he put an Erector Set motor inside the Frankenstein so its chest would move up and down and made a tape of breathing sounds.

“And he was there for all of it,” Van Dyke said of the little boy. “And when I finally got it done, turned on the blue light, turned on everything and he screamed!” the actor laughed.

The comedian said when he lived in another house with a large front yard decades ago he would make all of his own “monsters” to decorate for Halloween. “It was before you could get them,” he said. “And the last monster in the line was me.”

He said when some older kids came through the yard interested more in tricks than treats, one of the kids gave him a poke thinking he was a fake monster, “and I grabbed his arm and he said, ‘Mama!’”

Van Dyke, who gained fame in radio before starring in his own TV show and legendary movies like “Mary Poppins” and “Bye Bye Birdie,” was spotted for the first time this year in May while heading to lunch with his wife in Malibu.

Lindsay Lohan and Bader Shammas spotted for the first time since intimate wedding
UNICORN // What is your favorite animal? Mine are and ...