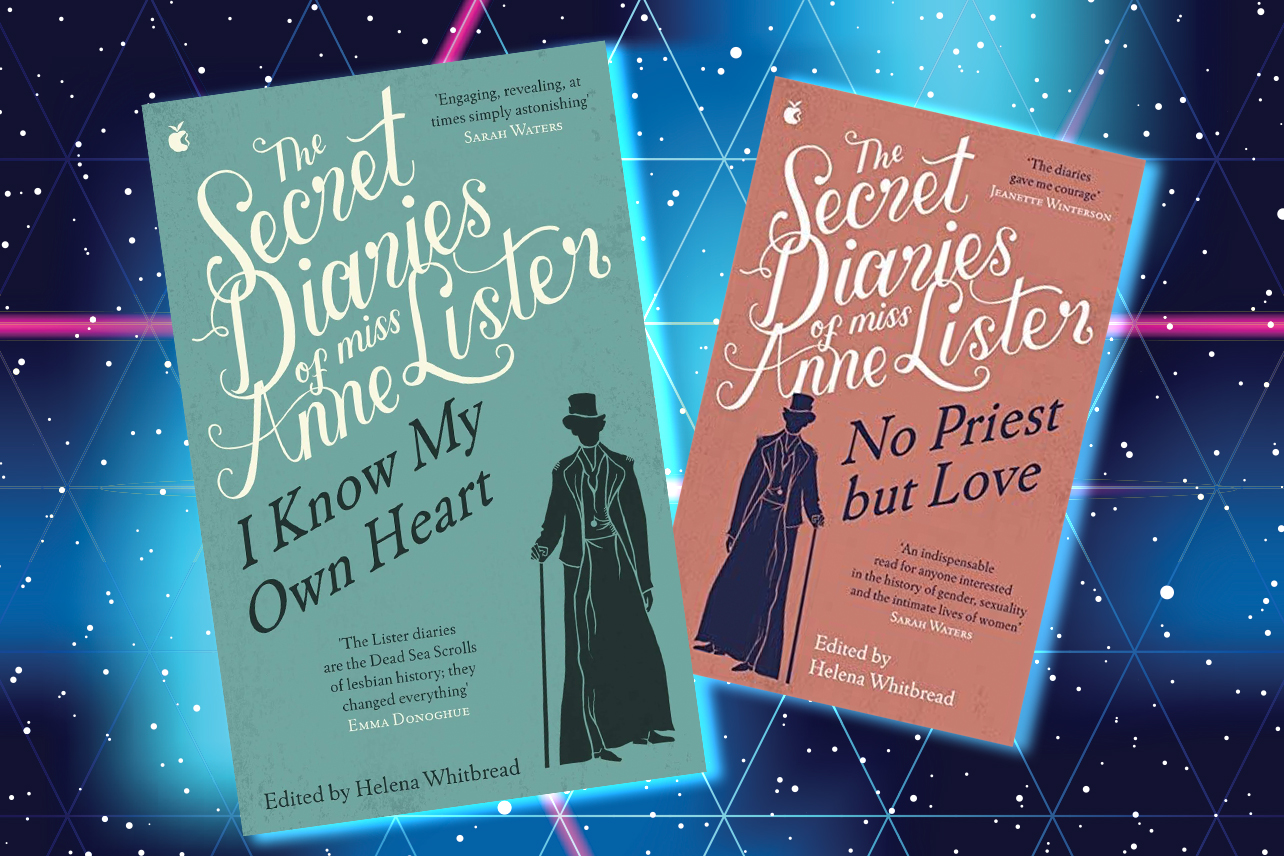 When the first season of Gentleman Jack premiered way back in 2019, I devoured the entire season. I’ve always been a fan of Victorian period pieces, but this one completely took over my life. I listened to the soundtrack on Spotify nonstop, and I went all the way down the rabbit hole voraciously consuming everything I could find about the Listers and Shibden Hall (which, fun fact, you can tour if you ever head across the pond, or, if you can’t, join in on a virtual tour on the UK website).

My quick Google search on the life of Anne Lister led to the discovery of her true story—and the diaries that she wrote and coded over the years. Very thankfully, her diaries, originally written in the 1830s, survived and were recently rediscovered by Helen Whitbread, who devoted years to painstakingly decode the diaries.

I tore through the first diary–and couldn’t wait to go back for more because it’s so damn fascinating. The decoded diary showed a steamy side of Victorian lesbianism. Anne Lister’s daily life proved to be a smashing success in both book form and on-screen thanks to a limited series release on HBO Max. It was so popular, in fact, that it spawned an unexpected second season!

And, if you’ve loved the series and learning more about her relationship with the rest of the Lister family and Ann Walker, you’ll truly enjoy learning more about the woman behind the series. These books provide a detailed dive into that era of Victorian life, but the footnotes within the entries are essential to understanding Lister’s day-to-day existence.

The first novelization of her diary follows the earliest years of Anne Lister’s life. Spoiler alert: you will barely find mention of Ann Walker in this collection of entries, but that’s because Lister was preoccupied with building out Shibden Hall, learning a plethora of subjects from tutors, and engaging in an on-and-off-again affair with (SPOILER). Plus, she hadn’t really met Ann Walker, only noting her in her diary occasionally.

Anne decides to leave for Paris for a while to escape some of her relationship drama, only to be tossed into a whole other set of romantic dramas. As with any whirlwind romance, there’s more to every story, and you can expect husbands who follow straying wives, trips to Buxton, and more.

Normally I’d be put off by companion books, but this edition chronicles Anne’s later years–which, unsurprisingly, have yet to be published. It makes sense, as it’s difficult to decode and publish the massive collection that is Anne Lister’s diaries. According to Anne Lister’s dedicated website, this consists of one-sixth of the entire 27 manuscripts and four million words that makes up her diary collection. That being said, this companion book features yet-to-be-published sections and commentary from series creator Sally Wainwright which fans of the series will greatly enjoy.